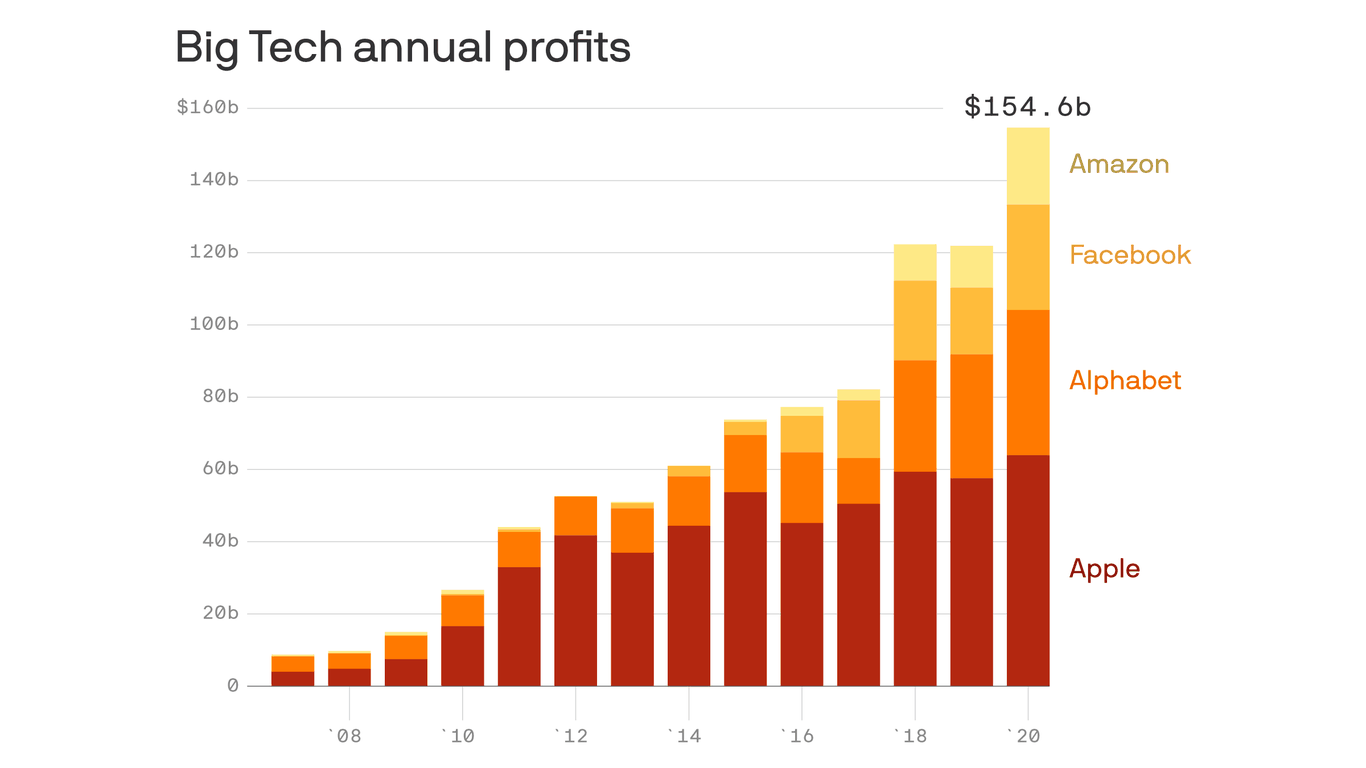 Four of the country’s biggest technology companies — Apple, Alphabet, Facebook and Amazon — had the most profitable year on record.

Why it matters: Turns out the only thing better for Big Tech than the normal economy is the pandemic economy.

Between the lines: The stay-at-home economy helped Big Tech continue to grow profits, while its stocks drove the stock market higher.

Amazon joined a small club of companies whose sales have topped $100 billion in a single quarter.

The big question: Will the vaccination rollout and the eventual return to some semblance of normal help or hurt Big Tech?

What they’re saying: “We came out of the caves, we’re not going back. The habits of convenience that have been driven by the pandemic are only going to accelerate after the pandemic is over,” Ivan Feinseth, an analyst whose covered Big Tech stocks at Tigress Financial Partners since 2013, tells Axios.

The other side: Want an example of how disastrous the coronavirus was for certain industries? Look at Big Oil, which was pummeled as demand collapsed worldwide and prices tanked.