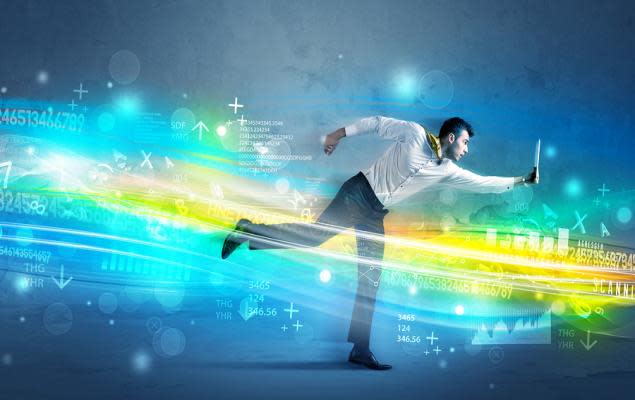 The market went on a wild ride during the last week of January. The week began with the S&P 500 and the Nasdaq jumping to new records. Stocks then tumbled on Wednesday, in a move that was likely fueled by profit taking, as investors and Wall Street try to digest the very public short squeezes at GameStop and elsewhere.

All three major U.S. indexes fell nearly 2% during regular trading Friday, with the benchmark index now close to where it began 2021. That said, the recent pullback is likely healthy for a market that had soared since early November on vaccine positivity and the hope for more coronavirus stimulus under the Biden administration.

The winter has been rough amid renewed coronavirus restrictions, with consumer spending down 0.2% in December. More broadly, U.S. GDP fell by 3.5% in 2020, and there is angst on the vaccine rollout front.

The market-based concerns should not be taken lightly and there is no guarantee that people are able to get back to their normal lives by the summer. Nonetheless, many signs point to positivity. First, the U.S. economy is projected to climb by over 4% in 2021 and U.S. households have been saving during the pandemic, which has created a ton of pent-up demand.

The Fed is also committed to keeping its interest rate near zero and the earnings outlook has continued to improve. In fact, while so much attention was devoted to GME, AMC, and other stocks, tech heavyweights and others posted blowout results.

There could certainly be more near-term selling as investors take profits. But it’s worth stressing that pullbacks and even corrections are healthy and necessary aspects of the market. And investors with long-term horizons shouldn’t necessarily try to time the market as it can prevent one from taking part in the biggest gains.

This brings us to today’s topic: blue chip technology stocks that posted strong earnings and are ready to grow even in the toughest economic conditions…

At-home entertainment drove Netflix’s world-beating 10-year run in the 2010s. This past year, streaming TV was one of the only games in town as movie theaters closed and people were forced to stay at home.

These conditions helped NFLX add a record 36.5 million paid subscribers in 2020, which blew away its average of about 23 million over the past five years. The company also ended the year to a standing ovation, after it added 8.5 million users in Q4—40% above its estimate—to close the year with 204 million subscribers.

NFLX shares soared after its Q4 release on Jan. 19 wowed Wall Street. Along with its impressive subscriber additions, which have historically driven the stock, the company projected it would post break-even free-cash-flow in 2021, instead of its last projection that called for burning as much as $1 billion.

Netflix had taken on a large amount of debt over the last several years in order to produce the content needed to thrive in an increasingly crowded space. And investors cheered the fact that NFLX said it thinks it no longer needs to “raise external financing for our day-to-day operations.”

Netflix has also proven it pays to be first, as it has continued to grow despite competition from Disney+ DIS, Apple TV+ AAPL, HBO Max T, and others. There is also room to grow as it expands its reach outside of the U.S. and more people disconnect from legacy media. And unlike Spotify SPOT vs. Apple Music, the industry is not a zero-sum game, since the streaming TV platforms offer, for the most part, vastly different content libraries.

Zacks estimates call for NFLX’s revenue to climb over 19% to hit nearly $30 billion in FY21 to help lift its adjusted earnings by 58%. The company’s bottom-line outlook has jumped since its report to see Netflix grab a Zacks Rank #2 (Buy), alongside an “A” grade for Momentum. Elsewhere, 20 of 27 brokerage recommendations that Zacks has for NFLX come in at “Strong Buy,” with none below a “Hold.”

NFLX shares have jumped 55% in the past 12 months, but have cooled off recently, up just 13% in the last three months to lag the S&P 500. The stock has already given up a large chunk of its post-earnings gains to rest 10% off its recent records. Netflix is also trading at 7.8X forward sales. This marks a discount to its own highs and strong value compared to one of the only other pure-play streaming stocks, Roku’s ROKU 20.9X, as well as Microsoft’s 10.9X.

Speaking of Microsoft, it crushed our EPS estimates by 24% on Jan. 26 as it continues to flex its cloud muscles. MSFT’s Q2 FY21 revenue jumped 17% to blow by our 9% growth projection. The company’s commercial cloud revenue surged 34% to $16.7 billion, or 39% of total sales.

MSFT’s ability to expand its cloud business alongside Amazon AMZN over the last several years has dramatically changed the historic tech firm’s outlook, as the world becomes overrun with data. “What we have witnessed over the past year is the dawn of a second wave of digital transformation sweeping every company and every industry,” CEO Satya Nadella said in prepared remarks.

Microsoft has never been more influential and diversified and cloud now plays a role across the entire company. This includes its Office offerings, its Xbox-heavy gaming unit, its remote work products that compete against Zoom ZM, and elsewhere.

All three of its core businesses climbed by over 13% last quarter. And it closed Q2 with $132 billion in cash and equivalents. This will help it keep acquiring companies, paying dividends, and buying back shares. MSFT returned $10 billion to shareholders via repurchases and dividends last quarter, up 18% from the year-ago period.

MSFT also provided strong guidance, with its adjusted Q3 earnings projected to climb 25% on 17% stronger revenue. Zacks estimates call for its FY21 revenue to jump 14% and then another 10% in FY22, which follows three years of between 13% to 15% sales growth. And its bottom-line outlook appears even stronger.

Analysts have raced to up their estimates for MSFT since its report to land it at a Zacks Rank #1 (Strong Buy). And none of the 22 brokerage recommendations we have are below a “Buy.”

Despite its strong showing, the stock is trading around where it was before its release, after the market drop. But the stock has regained some lost momentum and its roughly 1% dividend yield is an added bonus for owning one of the world’s most valuable and influential companies that’s only getting bigger.

Suggesting Apple, like MSFT, seems all too easy. But that doesn’t make it any less valid given that the iPhone giant topped Q1 FY21 EPS by 20% and grew its sales by 21% to $111.4 billion—8% above our estimate. The ability for a high-end consumer products company to post this kind of growth during a global pandemic is part of the reason it’s the world’s most valuable company and valuable brand.

Apple’s latest, and first 5G-capable iPhone that launched in October, the iPhone 12, got off to a great start, with iPhone revenue up 17% in the period to account for 59% of total sales. The remote world also once again boosted iPad and Mac sales, up 42% and 23%, respectively. Meanwhile, its Apple Watch and AirPods-heavy wearables unit climbed 29%, while its Services division jumped 24%.

The company now boasts over 620 million paid subscriptions, up 140 million from last year, as it tries to keep generating more money from its growing device base. Apple is also working to design more of its chips in-house and it plans to introduce more privacy features on the iPhone as it calls out Facebook FB and others.

If investors aren’t impressed enough with its growth and continued opportunities in a world where people are glued to their smartphones and devices, it boasts $84 billion in net cash. And it will keep on buying back stock and paying dividends as it tries to reach “a net cash neutral position over time.”

Peeking ahead, AAPL’s Q2 sales are now projected to surge over 30% to help lift its adjusted earnings by 55%. This estimate would mark its strongest revenue growth since 2015. Apple’s post-release revisions have it at a Zacks Rank #2 (Buy) right now.

AAPL has fallen since hitting new highs on Jan. 25. The stock is still up 70% in the last year to top the tech sector’s 40%. Yet, it’s now trading 10% below its recent records, and it trades not too far above the broader technology sector’s average at 33X forward earnings vs. 28X.

The Hottest Tech Mega-Trend of All

Last year, it generated $24 billion in global revenues. By 2020, it’s predicted to blast through the roof to $77.6 billion. Famed investor Mark Cuban says it will produce “the world’s first trillionaires,” but that should still leave plenty of money for regular investors who make the right trades early.

Want the latest recommendations from Zacks Investment Research? Today, you can download 7 Best Stocks for the Next 30 Days. Click to get this free report