After upset, next tall order for Georgia Tech comes quickly 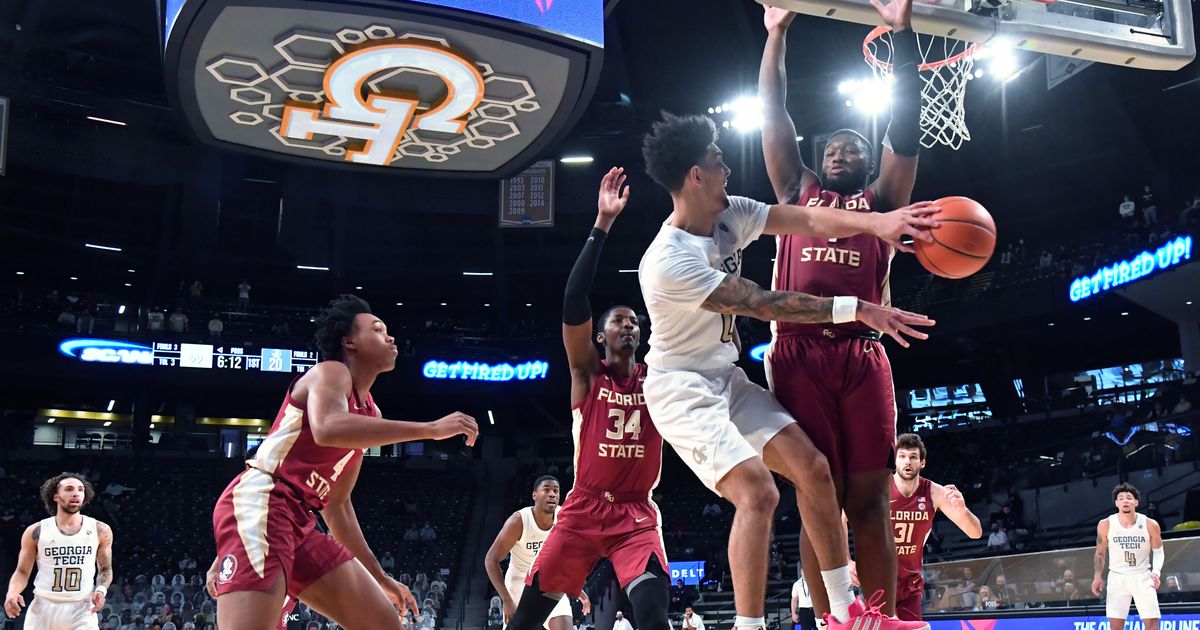 An aside in praise of the continuation of Alvarado’s superlative season: Against the Seminoles, relying on his quickness and shotmaking, he piled up 21 points, six assists, five steals and three rebounds as he played all 40 minutes for the second game in a row. It was his third consecutive game with at least 20 points, five assists and three steals and fourth overall this season.

Explore‘Jose basketball’ at core of all Tech’s Tournament hopes

Through Saturday’s games, he had the most such games of any player in Division I, and only two others had as many as three, according to sports-reference.com. No power-conference player had more than one (Teammate Michael Devoe accomplished the feat against Clemson recently.)

“We had a hard time guarding Alvarado, because we looked like everybody else, because he’s been kind of on a tear,” Hamilton said.

Monday’s game will be its own challenge as it will be Tech’s second game in a 48-hour period. The Jackets were to fly up to Louisville Sunday morning and have a light practice to get accustomed to the surroundings at the KFC Yum Center. Most of the preparation will be introducing the team to the Cardinals roster and schemes through a video session. Hydration and rest may be as vital as practice.

“There’s only so much you can do in a one-day prep, especially after playing in a hard-nosed game like this,” Pastner said.

Against Florida State, Devoe and Alvarado played all 40 minutes and Wright played 38. Tech does expect to have starting guard Bubba Parham back after he missed Saturday’s game to attend the funeral of a beloved cousin.

Further, Louisville’s last game will have had much more rest, having last played on Wednesday. And, for good measure, Tech will be shorted a couple hours of recovery with the 2 p.m. tipoff, which was necessary because the top-ranked Cardinals women’s team already was scheduled to play in the arena at 7 p.m.

It would be an especially valuable win, as Tech needs to accumulate wins over top-tier competition to impress the tournament selection committee. The win over Florida State was its first “Quad 1” win. (Quad-1 games are the most significant category of games in the selection process — home games against teams ranked in the top 30 in the NCAA’s NET ranking system, neutral-site games against top-50 teams and road games against top-75 teams.)

After Saturday’s games, Tech was now 1-3 in Quad-1 games, and Louisville is another Quad-1 game, ranked 46th in NET. With its win over FSU, Tech moved up from 60th to 55th.

Two months after the Jackets faceplanted in their first set of two games in a 48-hour stretch — the season-opening losses to Georgia State and Mercer — an opportunity to address that blemish has arrived.