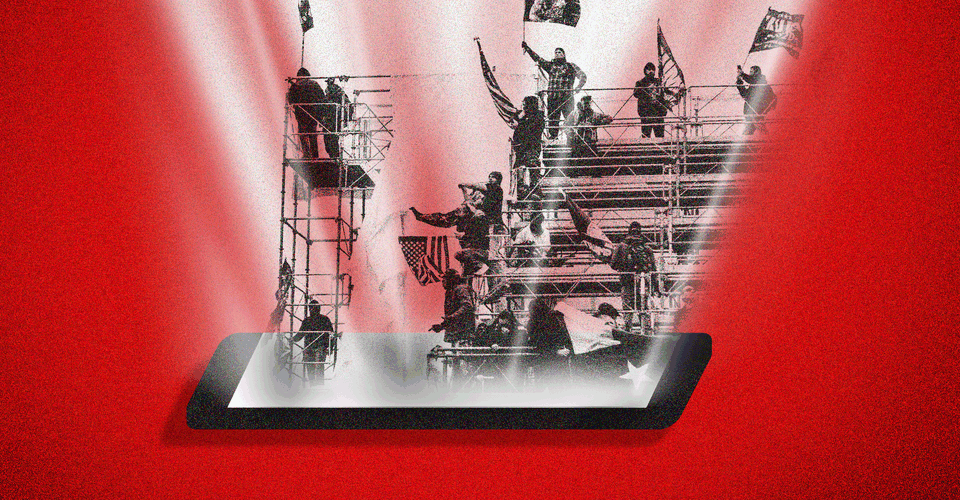 After last week’s riot in Washington, D.C., many Americans now appear to be in a state of disbelief, grappling with what exactly went wrong. There is more than enough blame to go around. This is not even the first time such an incident has occurred domestically and can be traced back to extreme rhetoric and misinformation found on mainstream platforms. But to be totally surprised by what happened on Capitol Hill is to have completely ignored what has been taking place for years on American social-media platforms abroad.

Read: Everything is different now

The damage was done in places such as the village of Rainpada, in India, where a man was beaten to death after false rumors of a purported kidnapping spread on the Facebook-owned messaging platform WhatsApp, and the streets of Mandalay, in Myanmar, which were convulsed with violence in 2014 after a fictitious claim of rape was disseminated on Facebook by an influential, hard-line monk.

Tech companies, when they finally—many of them begrudgingly—owned up to the issues they helped create in foreign countries, liked to point the finger at “media literacy” or “digital literacy.” This was Silicon Valley’s polite way of saying that users in these countries were too new to the internet, too naive to know that what they were seeing was fake, too easily misled by crudely Photoshopped pictures and doctored videos. While there is no doubt that this played a role, the overemphasis on this one issue, rather than a comprehensive look at the roles these companies’ own products played, seemed at times to border on calling people stupid and gullible. In the U.S., the thinking appeared to be, users familiar with the internet and fluent in the language of social media could tell fact from fiction, reality from illusion. Underlying this message was a tacit belief in, ultimately misguided, exceptionalism, that this could never happen in America. Until it did.

When rioters charged their way up the steps of the Capitol, they were of course different from the motorbike riders who roved Mandalay armed with metal tools and clubs, or the marauding bands of thugs who torched Muslim-owned shops in Sri Lanka. These people in Washington were wrapped in the Stars and Stripes, clad in anti-Semitic sweatshirts, and draped in animal pelts. Many espoused baseless claims that the election—fairly and resoundingly won by Joe Biden—was fraudulent, and that Donald Trump was the real winner, while others were fervent devotees of the QAnon conspiracy theory.

This misinformation, and the plans to take violent action, like that found in other countries, received enormous levels of amplification on social-media platforms and little resistance from them. The resulting violence and deaths were appalling and yet unfortunately familiar, as was the reaction from social-media companies.