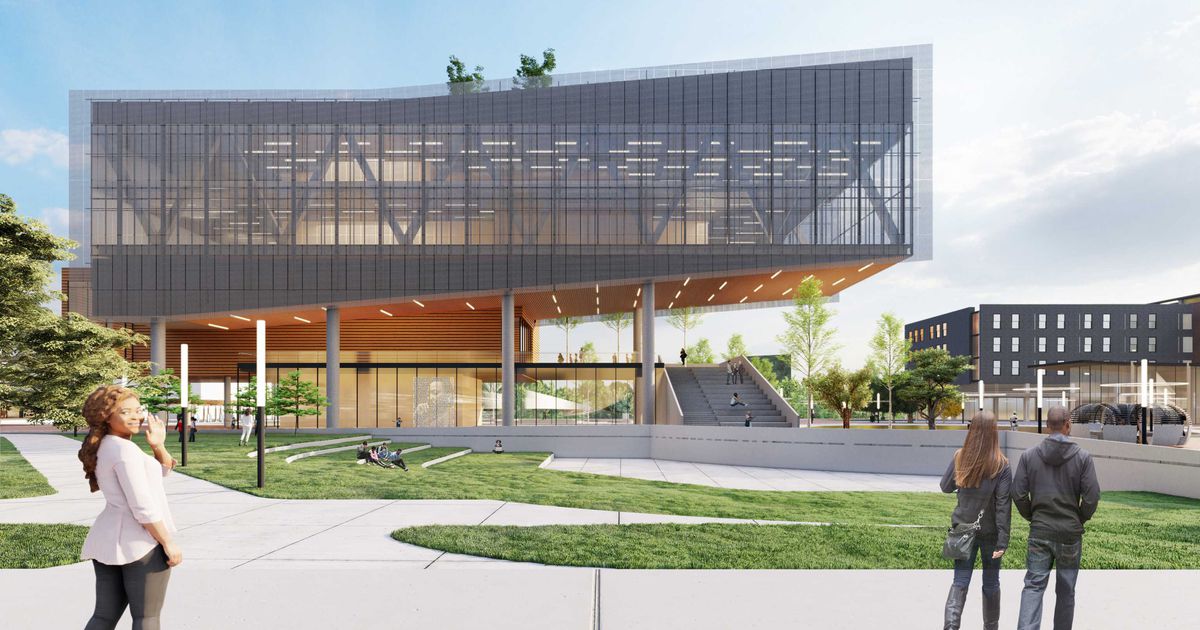 Ed Farm, a nonprofit organization that has worked with Apple on educational endeavors, will be a key partner in the project, providing programs and other services. Ed Farm is hoping to raise another $100 million for the center. Apple will offer ongoing support for the center’s curriculum development, technology for in-person and virtual learning spaces, and mentorship and internship opportunities for students.

“The reason we wanted to be a big early supporter is because we love the idea of bringing to the talent that’s already at HBCUs things like coding and creativity and career opportunities and entrepreneurship,” said Lisa Jackson, Apple’s vice president of environment, policy and social initiatives who is leading the company’s racial equity work.

The Atlanta region has a growing footprint in the tech world. There are more than 13,000 technology companies, according to the Metro Atlanta Chamber. Two dozen metro Atlanta companies last November made Deloitte’s list of the fastest-growing public and private tech companies, measured by revenue growth in percentage terms. Atlanta had nine startups on the annual list a decade ago.

Clark Atlanta University President George T. French Jr. said he’s never seen an initiative of this scale to educate students at public and private HBCUs and is excited about the technological resources it will offer. Most HBCUs, founded more than a century ago during segregation, have smaller enrollments and budgets. There are 101 accredited HBCUs nationwide, including nine in Georgia.

Discussions about the center came about during last year’s nationwide protests against police misconduct and racial injustice. Several major technology firms visited the Atlanta University Center before the protests to recruit students and have discussions about establishing partnerships to help students and tech entrepreneurs. The conversations are bearing big dollars for many in Atlanta’s African American technology community.

Microsoft CEO Satya Nadella responds to a question from an audience member during a discussion at Morehouse School of Medicine on Sept. 25, 2018. (Eric Stirgus/[email protected])

In June, for example, Google for Startups created a $2.35 million fund to assist African American businesses and entrepreneurs as part of its commitment to racial equality. Thirty-five Black-owned businesses in Georgia have been awarded funding.

Apple and Southern Co. are the latest major companies and philanthropists who have committed to multimillion-dollar investments in Atlanta HBCUs in recent months. Since June, several of the schools have received their largest contributions ever.

HBCUs — with generally lower tuitions and a greater percentage of low-income students who struggle to pay for college — have historically been overlooked by such donors. Private giving to the nation’s 101 accredited HBCUs totaled $320.6 million in 2017, a fraction of the $43.6 billion given to all American colleges and universities that year. About one-quarter of HBCU students are non-Black, federal research shows.

HBCUs, though, produce more than one-quarter of the nation’s African American students with bachelor’s degrees in STEM fields, federal research shows. Inga Willis, Ed Farm’s director of strategic partnerships, said she hopes companies will recognize through the center that HBCUs are “the go-to places for talent and leadership.”

“It is my hope that greater access will beget greater progress,” Willis said.

French said tech companies, which have been criticized for the small percentages of Black employees, are establishing these partnerships in part to meet workforce demands.

“These decisions are business-based on understanding that to increase my workforce, I’ve got a group in the minority community that is just awesome and can raise and improve my bottom line and I’m going to recruit them,” he said.

Here are recent large contributions and investments to some of Atlanta’s Black colleges and universities:

September 2020 – Bloomberg Philanthropies announced a $26.3 million gift to Morehouse School of Medicine over the next four years to help students graduate with less debt.

November 2020 – The Interdenominational Theological Center was awarded a $1 million grant from the Lilly Endowment to address congregational development for Black churches in the Southeast.

10 Stories All Tech Executives Should Read