China Is Joining the Global Push to Rein In Tech Giants 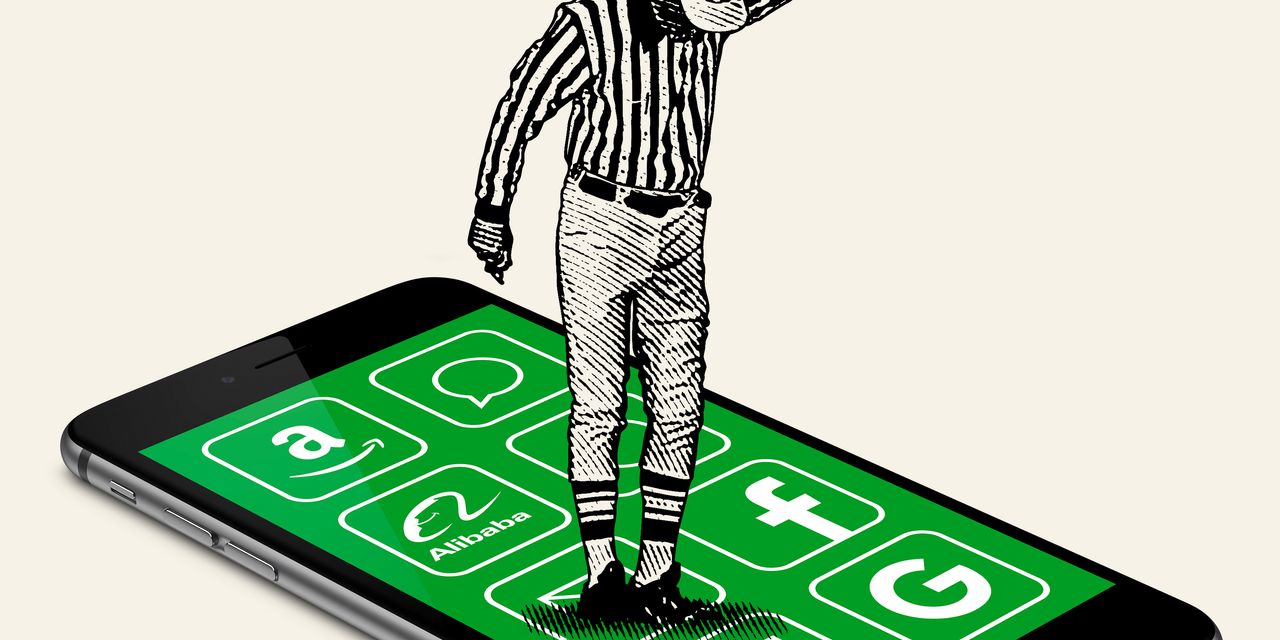 Beijing is adding new momentum to efforts in Brussels and Washington to curb the power of big tech companies.

In November, China unveiled its first draft guidelines overseeing competitive behavior by digital giants. The proposals include blocking companies from crunching consumer data to set discriminatory prices, or selling products at prices below cost to gain market share. This month, it heightened scrutiny of electronic-payment companies, warning that nonbank payment firms, if found to be dominating the market, could face antitrust investigations.

China’s moves come as the European Union and the U.K. pursue similar efforts. In December, an EU bill was proposed to oblige major digital platforms to refrain from many potentially anticompetitive actions, such as promoting their own products over those of competitors. The U.K. plans legislation empowering a new digital-competition unit to enforce codes of conduct for companies that dominate strategic digital markets.

Driving the proposals are a growing number of policy makers, competition specialists and smaller tech rivals in Europe, Asia and the U.S. who say fresh laws are needed to ensure that new tech rivals can emerge to challenge the digital giants.