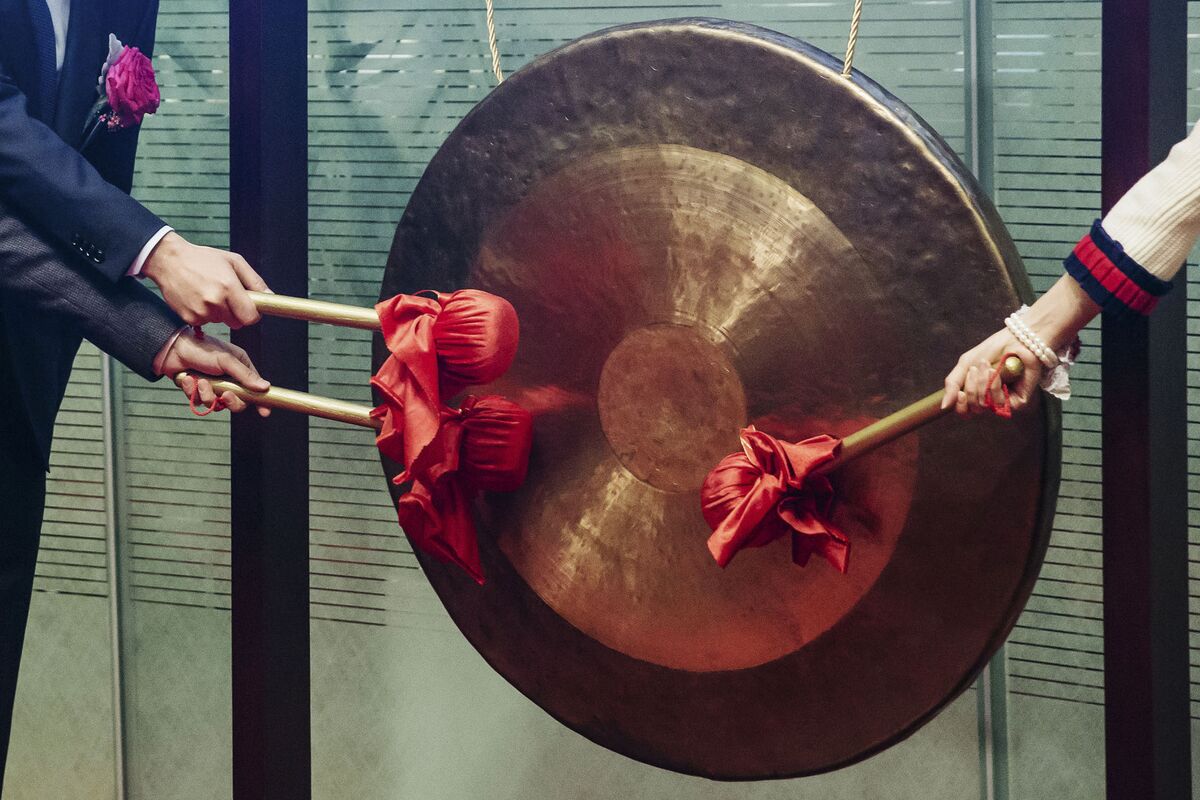 New Hong Kong listings are tracking at their slowest pace since the aftermath of the global financial crisis, as weaker markets and China’s clampdown on its biggest tech firms chill sentiment.

Just seven companies have gone public in the second quarter so far — on track for the fewest since 2009, according to data compiled by Bloomberg. The muted second-quarter activity stands in sharp contrast to the rush to go public seen last year or even at the start of 2021.

The cool-off comes as China slapped a record fine on Alibaba Group Holding Ltd. and ordered 34 of its largest tech companies to rectify any anti-competitive business practices. That’s making some firms more skittish about going public and investors worry about further actions from regulators. China has said the moves are to protect consumers and maintain financial stability.

“Investors are no longer comfortable paying sky-high valuations for some companies,” said Louis Tse, Hong Kong-based managing director at Wealthy Securities Ltd. “Because of the intervention of the government, some issuers will have to revise down their multiples.”

As a result, capital raised on the Hong Kong stock exchange this year is only half of its levels last year, impacting the city’s position as a top fundraising hub. In comparison, volume on the Nasdaq has already surpassed its 2020 number, thanks to a boom in blank-check company listings earlier this year.

To be sure, Hong Kong’s year-to-date IPO volume is still more than triple the same period last year, with nearly $23.9 billion raised. Meanwhile, the U.S. SPAC boom is fizzling out.

“We have seen some volatility and that has reflected on investors’ appetite, but deals that are priced appropriately will get done,” said Francesco Lavatelli, head of equity capital markets for the Asia Pacific region at JPMorgan Chase & Co..

The test for whether Hong Kong’s IPO market can stage a revival will come from some upcoming listings, with activity seen to be picking up again with share sales by companies including a dairy firm and a maker of invisible teeth aligners.

Large listings include China Youran Dairy Group Ltd.’s offering of as much as $799 million, which kicked off its roadshow on Monday. Biopharmaceutical firm CARsgen Therapeutics Holdings Ltd. is looking to raise as much as $401 million and also started taking investor orders on Monday.

Angelalign Technology Inc., China’s leading invisible orthodontic producer, launched an IPO of as much as $375 million on Thursday. The latter’s retail tranche was already about 674 times oversubscribed on its first day of order-taking, the Hong Kong Economic Journal reported.

Investors are also closely watching the reception to mega flotations, among them Chinese gaming giant NetEase Inc.’s music streaming arm which filed late May for a Hong Kong IPO that could raise about $1 billion.

“The market needs at least two or three blockbuster IPOs to revive the sentiment. That means you need both subscription ratio and first-day performance to surprise the market on the upside,” said Kenny Wen, Everbright Sun Hung Kai strategist. “The good days of the IPO market are not coming back yet.”

— With assistance by David Watkins

Before it’s here, it’s on the Bloomberg Terminal.