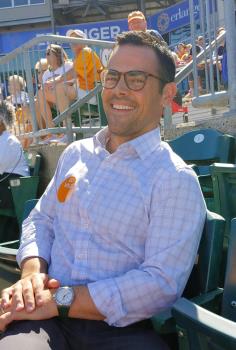 Some County Commission members said Wednesday they are dismayed that County Mayor Weston Wamp has not returned County Attorney Rheubin Taylor’s computer and cell phone despite a commission resolution directing that it be done.

Also, Commissioner Warren Mackey said he is concerned that some county employees feel “intimidated” by the Wamp administration.

The new county mayor issued a directive that the longtime county attorney be fired. Attorney Taylor has stayed on, while citing he has a four-year contract. The matter is now in Chancery Court.

Questioned by Commissioner Greg Martin, County Mayor Wamp said he hired attorney Barret Albritton to represent him in the Taylor case at a cost of up to “just under $25,000.” At the $25,000 level, it would have required County Commission approval. County Mayor Wamp earlier spent $5,000 of county funds for a legal opinion from a Knoxville attorney in the Taylor matter.

The commission earlier hired attorney John Konvalinka for his advice in the case for $10,000.

Commissioner Mackey said if the county winds up having to pay attorney Taylor for his remaining contract and also pay a replacement county attorney “it could be close to a million dollars.”

Attorney Albritton said the county attorney’s office has carried on with remaining staff in the absence of county attorney Taylor. County Attorney Taylor responded, “I’ve been there every day,” though he said he has been hampered by not having his county computer and cell phone.

Attorney Albritton, who said the two sides are moving toward a settlement, said the health benefits have been restored for attorney Taylor, whose wife has heart issues.

Vice Chairman Joe Graham said, “If we pass a resolution, that is something that should be honored until a judge tells us it is not valid.” He said the action “blatantly disrespects what this body does. If we don’t honor the law, then this is the wild, wild West.”

Commissioner David Sharpe said, “It’s a very serious question how long our county attorney can go on without his computer.”

Commissioner Greg Beck said, “Do we have to go to court every time we pass a resolution? When we pass something, it ought to go into effect.”

He said the response of the Wamp administration on the resolutions passed by the commission in support of attorney Taylor was “We ain’t gonna do nothing.”

Some commissioners also had issues with a proposed Wamp resolution “TO EXTEND RULES REGARDING SECONDARY EMPLOYMENT AND EMAIL, INTERNET, PHONES, CELL PHONES, AND INTRANET TO ALL EMPLOYEES.”

County Mayor Wamp said “in the interest of transparency” that the rules should extend to upper-level employees, including those in his office as well as the county attorney.

He said the county handbook had not been updated since 2010 and this and other sections need to be change.

One aim of the change would be to stop county officials from taking outside jobs that “adversely affect their job performance” or raise a possible conflict of interest. County Attorney Taylor has an agreement that he can do outside legal work.

The county mayor said under current rules, passed by the County Records Commission, that emails are only kept for 10 days. He said five years is the accepted standard, and he said the Sheriff’s Office keeps them for 10 years.

Asked the cost, he said one estimate was $7,500 per month for the email storage.

Commissioner Mackey said, “Can you imagine the cost if we took these records back forever? I’m not willing to spend any money on it.

“I’m opposed to tracking everyone. It’s big government and intrusive government. I take it as another attempt to intimidate employees and hold something over their heads. I see a trend of trying to intimidate county workers, and I don’t like It.”

He said commissioners have heard from a number of concerned county employees.

Attorney Taylor said, concerning putting new rules on his office, that it deals with a number of confidential attorney-client matters. He said, “We have information in our office that we have to keep confidential.”

Fri Nov 11 , 2022
Earlier today, T-Mobile announced that it will be expanding its 5G network to bring its Home Internet service to Illinois, Michigan, and Wisconsin. This expansion will make the service available to over 6 million homes.  […] 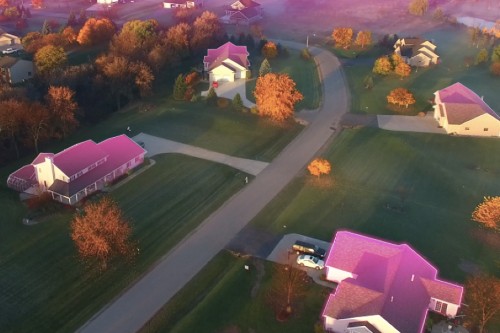