Computer Vision Is Slow to Catch on, But the Technology Is Improving 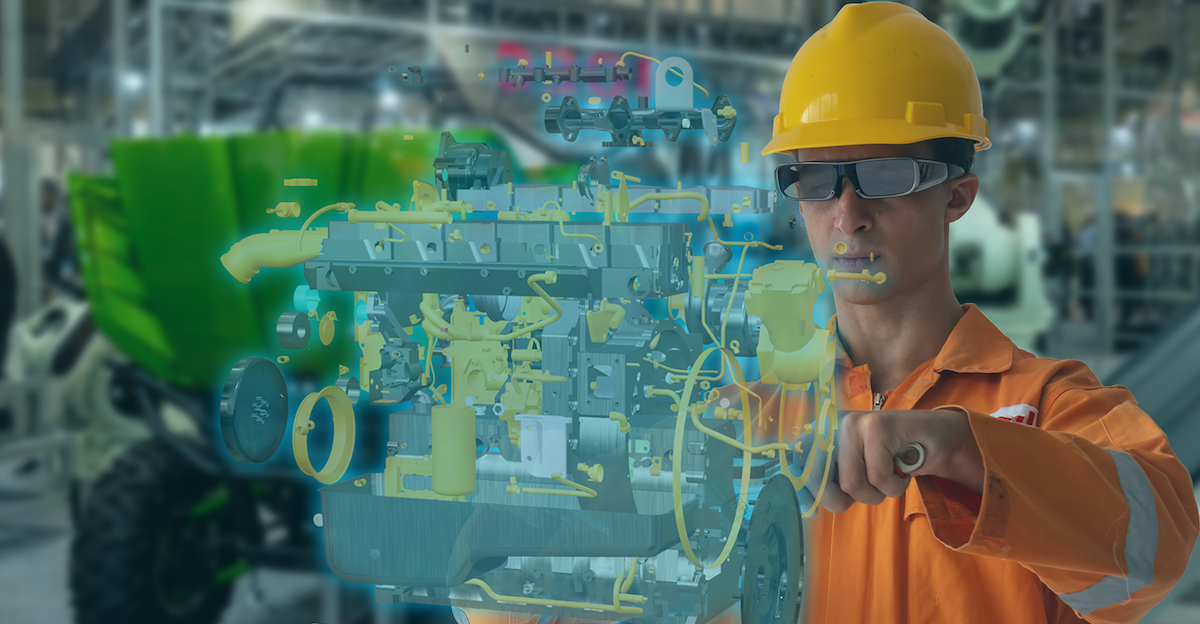 The Internet of Things (IoT) is poised to disrupt and transform manufacturing and a number of other industries. Many businesses are already experiencing improved operational efficiencies, productivity growth, cost reductions and new revenue-generation opportunities. These gains are likely to accelerate and scale across the economy as IoT technological maturity and adoption increases.

IoT and other emerging technologies can take 10 or more years to reach market saturation from incubation. The U.S. federal government accelerates this journey through targeted investments in research and development (R&D) and technology transfer as part of its “Lab to Market” process.

In FY 2020, the U.S. government invested $140 billion in a broad range of federally funded R&D programs, including emerging technologies. Approximately $50 billion of this total was conducted at nearly 300 government-owned, government-operated (GOGO) laboratories across the country.

Some of these investments will likely yield extraordinary long‐term economic impacts when they are transferred to and operationalized by industry. As such, IoT has been identified as one of the growing areas of federal R&D investments and federal technology transfer, or the “Lab-to-Market” process. IoT is now ranked as strategically important by each of the major U.S. federal agencies that focus on increasing competitiveness, economic prosperity, and national security.

For IoT to realize its potential and achieve these benefits, a robust and secure technology infrastructure is required. This requires addressing two fundamental questions to ensure that resources are efficiently allocated:

1. Where are the technology infrastructure gaps that prevent IoT technologies from being more widely adopted?

2. Where should the U.S. Federal government be directing resources and investments to close these gaps?

The National Institute of Standards and Technology (NIST) is a non-regulatory agency within the U.S. Department of Commerce. Its role is to promote U.S. technology innovation, competitiveness and commercialization of federally sponsored research across all government agencies. NIST is central to the administration’s Lab-to-Market efforts, serving as the coordinator of the President’s Management Agenda Cross Agency Priority Goal 14 and co-chairing a National Science and Technology Council subcommittee under the Committee on Science and Technology Enterprise.

Given the strategic importance of IoT, and in support of Goal 14, NIST felt that it needed to understand the current state of IoT research efforts; to focus on the top technology infrastructure gaps; and to assess where future government research investments should be targeted to accelerate the adoption, deployment and economic benefits of IoT.

To answer these questions, NIST has funded a research grant aimed at four key goals:

1. To better understand the current state of IoT research efforts.

3. To quantify the benefits of closing those gaps.

This new, in-depth analysis is already helping to address some of the pressing IoT-related questions. It’s allowing NIST to become better informed about the necessary steps, the future programs, the smart initiatives and investments which can support long-term economic outcomes.

A private California-based company, Strategy of Things, was awarded the NIST grant to conduct this research study. The research team is examining IoT opportunities in ten key industries, including manufacturing, which together represent a significant portion of the U.S. economy.

Benson Chan, senior partner at Strategy of Things, is one member of this project’s expert team. Chan and his colleagues have been working with a network of allies, in government and the private sector, to ensure that this NIST research project assists key leaders.

Chan argues that “IoT technologies bring enormous disruptive and beneficial impacts to national security, economic prosperity, human safety and well-being. But a number of technology infrastructure barriers stand in the way.” Because of this, Chan believes that, “while a number of established and start-up companies are developing IoT solutions, the federal government wants to work on the technology infrastructure gaps that industry is not looking at. These include those that are not yet market-ready, as well as those that no one company has the interest or resources to develop.”

While the research is ongoing and won’t be completed until early 2022, initial findings predict that the evolution of IoT will occur in four distinct phases shown in Figure One below:

Each successive stage builds on the infrastructure, capabilities, solution maturity and market adoption of the previous one.

Today’s best-of-breed IoT applications are largely “point solutions” that address operational inefficiencies and productivity. But, as underlying technologies mature, and as customer acceptance grows, future IoT applications are becoming increasingly more sophisticated. They are being tightly integrated with operations and information technology systems, and with each other. These future IoT applications are becoming part of a larger automated system of systems. These emerging solutions are focused on enabling fully automated operations across industry ecosystems, and they promise to yield transformative benefits that can only be envisioned today.

The drivers of IoT evolution do differ at each stage of the evolutionary process. For instance, today’s IoT applications use a small number of sensors. The data collected from these sensors is aggregated and analyzed largely through machine learning. IoT vendors expand functionality and utility of their solutions by building and operating their own ecosystems to create an “end-to-end” system.

IoT evolution is being driven by technological advancements, interoperability across industries, government policies and regulations, and scale. Tens of sensors in a factory will become tens of thousands in a future smart factory.

Today’s IoT systems are being integrated with others, to become “systems of systems.” Machine learning will be replaced by ambient intelligence, where every device is capable of interacting with each other autonomously and intelligently. With this integration, cybersecurity evolves to a broader concept of trust, which encompasses not only the integrity of the data, the connections and the devices, but also the decisions, the reliability and availability, and the equity of the outcomes.

In order to enable the future state of IoT, the research has identified some potential areas of future technology research investment as shown in Figure Two below:

These technology areas were identified based on a study of the IoT accelerators shown in Figure One. While there is some research on these topics today, they are largely done independently in a few areas. A broader and more coordinated research agenda is required in order to accelerate the maturity and adoption of IoT within the U.S.

IoT is a disruptive and transformational emerging technology. For it to realize its full potential, governments must better understand the substantial economic, strategic and national security implications of IoT. Its significance is too important to be left to organic evolution, or to chance alone. The U.S. federal government, through its R&D investments and policy development, now wants to play a critical role in accelerating the maturity and adoption of IoT. The wide-ranging study process, as convened by NIST and as implemented by Strategy of Things, is already helping to bring key stakeholders together.

The next stage of this effort is being focused on offering up a portfolio of opportunities for action. These moves can be taken by any one of a myriad of government agencies, but also by a growing network of committed technology partners: private companies, universities, foundations, associations.

During 40 years in Silicon Valley, Gordon Feller has reported about emerging tech trends for many of the world’s leading publications: Time, Fortune, Gannett, Reuters, The UN, World Bank, World Economic Forum, The Financial Times, and dozens more. He served as Global Fellow at the Smithsonian Institution, and founded the non-profit Meeting of the Minds. He’s been awarded several fellowships, including the Prime Minister Abe Fellowship.