Tesla chief Elon Musk may have misunderstood the meaning behind ESG (environmental, social, and governance), according to the CEO of Clarity AI, a tech firm specializing in the provision of software to assess sustainability.

“Many investors believe it might be only focused on climate impact,” she said. “Not just ‘many investors’ — even Elon Musk tweeted about it.”

In May, electric-vehicle maker Tesla was removed from the S&P 500’s ESG Index. In response, Musk tweeted that ESG was “a scam” that had “been weaponized by phony social justice warriors.”

The same tweet also noted that ExxonMobil was “rated top ten best in world for environment, social & governance (ESG) by S&P 500, while Tesla didn’t make the list!” The oil and gas supermajor is listed as one of the “Top 10 Constituents by Index Weight.”

Like its CEO, Tesla has also weighed in on the increasingly charged debate on ESG. In its Impact Report for 2021, it said: “Current ESG evaluation methodologies are fundamentally flawed. To achieve acutely-needed change, ESG needs to evolve to measure real-world Impact.”

“Current environmental, social and governance (ESG) reporting does not measure the scope of positive impact on the world,” it added. “Instead, it focuses on measuring the dollar value of risk / return.”

“Individual investors — who entrust their money to ESG funds of large investment institutions — are perhaps unaware that their money can be used to buy shares of companies that make climate change worse, not better.”

During her interview with CNBC, Clarity AI’s Minguela argued that Musk’s reaction pointed to a wider issue around people’s views of what ESG actually stands for.

“Elon Musk might have thought that ESG was measuring climate impact,” she said. “And that’s why he was concerned about Tesla dropping off the ESG sustainability index and Exxon being in that index.”

“But that’s a good sign [of] … how Elon Musk is not understanding what ESG means … And he’s an incredibly smart person, right? So I guess that, if that happens to him, that happens to many other investors.”

“So that is why it’s so important that they have tools and a better understanding of what ESG really means and what the different frameworks are trying to measure.”

Tesla had not replied to CNBC’s request for comment on Minguela’s remarks before publication.

Definitions of what ESG actually means are broad and varied. While a great deal of attention is paid to the “environmental” aspect, both the social and governance strands are important too.

The government-owned British Business Bank, for example, describes ESG as being a “collective term for a business’s impact on the environment and society as well as how robust and transparent its governance is in terms of company leadership, executive pay, audits, internal controls, and shareholder rights.”

Discussions surrounding ESG and sustainability have attracted publicity in light of mounting concerns over social issues and the environment.

Corporations around the world are attempting to burnish their sustainability credentials by announcing net-zero goals and plans to reduce the environmental footprint of their operations.

In some quarters, however, there is significant skepticism about many of the sustainability-related claims businesses make, given that concrete details are often hard to come by and the dates for achieving these targets are sometimes decades away.

That often leads to accusations of greenwashing, a term environmental campaign group Greenpeace UK has called a “PR tactic” used “to make a company or product appear environmentally friendly without meaningfully reducing its environmental impact.”

Fri Jul 1 , 2022
Thanks to Wi-Fi and cellular networks, nearly all of today’s technology is connected in ways that would have been hard to fathom 20 years ago. Computational wireless systems enable secure, robust and high-performance applications in education, business, transportation, healthcare, entertainment and more. Assistant Professor Jian Li Assistant Professor Jian Li […] 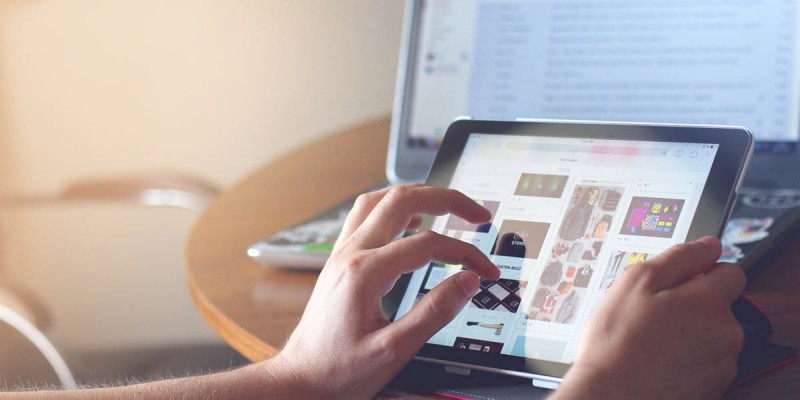