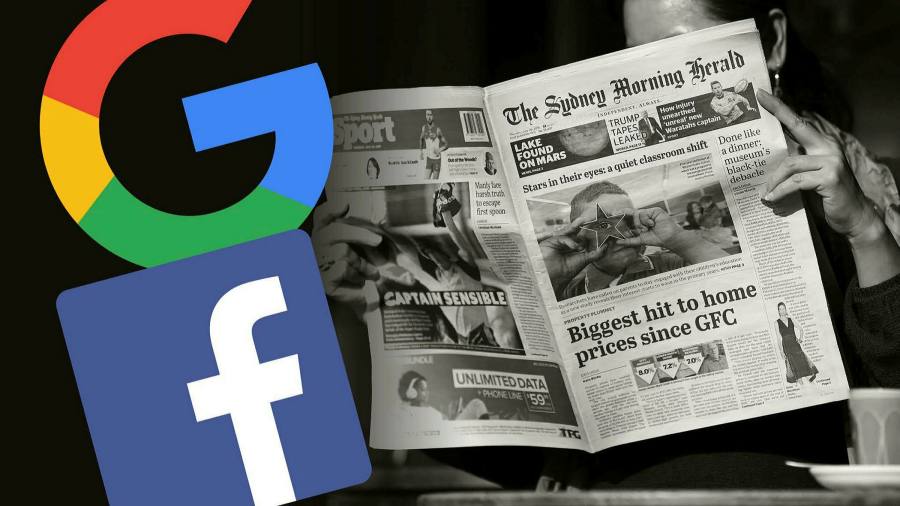 EU lawmakers overseeing new digital regulation in Europe want to force Big Tech companies to pay for news, echoing a similar move in Australia and strengthening the hand of publishers against Google and Facebook.

The initiative from members of the European parliament would be a serious blow to Google, which has threatened to leave Australia in protest at a planned new law that would compel it to pay for news.

Facebook has also warned it will stop users in Australia from sharing news if the legislation is passed in its current form.

MEPs working on two landmark draft European digital regulations, the Digital Services Act (DSA) and the Digital Markets Act (DMA), told the Financial Times the laws could be amended as they pass through the EU parliament to include aspects of the Australian reforms.

These include the option of binding arbitration for licensing agreements and requiring tech companies to inform publishers about changes to how they rank news stories on their sites.

We will never accept this situation when somebody is using content . . . and authors are not remunerated at all

Alex Saliba, a Maltese MEP who led the parliament’s first report on the DSA, said the Australian approach to Google and Facebook had managed to address “the acute bargaining power imbalances” with publishers.

“With their dominant market position in search, social media and advertising, large digital platforms create power imbalances and benefit significantly from news content,” he said. “I think it is only fair that they pay back a fair amount.”

Google and Facebook have stepped up their efforts to reach licensing deals for news in Europe since the EU overhauled its copyright laws in 2019. The changes give publishers the right to compensation for snippets of content that appear on online platforms.

But some MEPs say the regime remains too weak.

“We now know that the same process is going on in Australia. I don’t want to reopen the copyright directive but we will have to [look at the DSA] if we need to bring more clarity.”

Ansip, an MEP for the liberal Renew group, is vice-chair of the committee handling the main pieces of digital legislation. “We will never accept this situation when somebody is using content . . . and authors are not remunerated at all,” he added.

While support is growing for Australia-style measures, MEPs are more divided over how best to introduce such reforms, and whether it is better to wait for the impact of the copyright overhaul to become clear. In the EU system, MEPs wield most influence in amending proposals by the commission, which must be agreed with EU member states to become law.

Arba Kokalari, a Swedish centre-right MEP who as a shadow rapporteur is responsible for helping to shepherd the DSA through parliament, said it was “problematic” to consider new legislation “before even seeing how the new copyright directive will be implemented”.

But she added that measures such as the right for publishers to know when tech companies tweaked their algorithms, affecting the ranking of news stories, “is something that I think we need to address in the DSA”.

Google recently reached licensing deals in France, in part because a court intervened to require it to negotiate with news publishers. Stéphanie Yon-Courtin, an MEP with the Renew group and a former adviser to the French competition authority, pointed to the US group’s threats to pull out of Australia and recent negotiations in Europe as showing there still remained a need “to address imbalances”.

“It’s time to oblige online platforms to engage in fair negotiations to remunerate the news content they obtain from press publishers and advise them on algorithm changes that would affect content ranking,” she said.

Google, which has pledged to sped $1bn worldwide on licensing news over the next three years, said the EU copyright directive “aims at striking the right balance” between publishers and platforms.

“People trust Google to help them find relevant and reliable information from a range of websites, and this helps publishers by sending them valuable traffic to their sites,” Google said. “We are willing to pay to further support journalism and we are doing that around the world.”