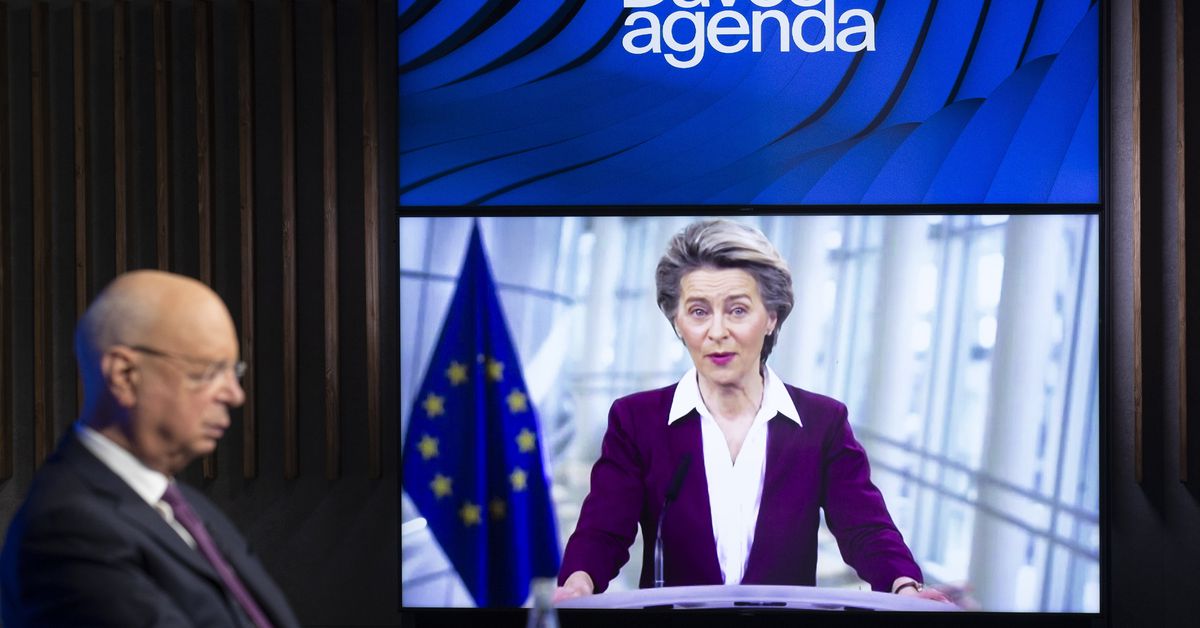 BRUSSELS — The European Union called Tuesday on U.S. President Joe Biden to help draw up a common rule book to rein in the power of big tech companies like Facebook and Twitter and combat the spread of fake news that is eating away at Western democracies.

In a speech to the Davos World Economic Forum, European Commission President Ursula von der Leyen urged the Biden administration to join forces against “the darker sides of the digital world,” which she said was partly behind the “shock” storming of Capitol Hill on Jan. 6.

“The business model of online platforms has an impact and not only on free and fair competition, but also on our democracies, our security and on the quality of our information,” von der Leyen said. “That is why we need to contain this immense power of the big digital companies.”

She urged the White House to join the 27-nation bloc’s efforts, saying that “together, we could create a digital economy rule book that is valid worldwide,” and would encompass data protection, privacy rules and the security of critical infrastructure.

Von der Leyen said the EU wants the onus put on the tech giants, with “it clearly laid down that internet companies take responsibility for the manner in which they disseminate, promote and remove content.”

In December, the European Commission proposed two new pieces of EU legislation to better protect consumers and their rights online, make tech platforms more accountable, and improve digital competition, building on the bloc’s data protection rules, which are among the most stringent in the world.

“We want the platforms to be transparent about how their algorithms work,” von der Leyen said. “Because we cannot accept that decisions that have a far-reaching impact on our democracy are taken by computer programs alone.”

Von der Leyen also referred to the decision earlier this month by Facebook and Twitter to cut off President Donald Trump from their platforms for allegedly inciting the assault on the U.S. Capitol, an unprecedented step that underscored the immense power of tech giants to regulate speech.

“No matter how tempting it may have been for Twitter to switch off President Trump’s account, such serious interference with freedom of expression should not be based on company rules alone,” she said. “There needs to be a framework of laws for such far-reaching decisions.”

Trump’s permanent suspension from Twitter and Facebook is prompting EU member Hungary to push its own measures to regulate social media companies.

In a Facebook post, Justice Minister Judit Varga wrote that the government would move to place restrictions on tech giants that she said arbitrarily silence users of online platforms, including the accounts of government state leaders – a reference to decisions by Twitter and Facebook to permanently suspend former U.S. president Donald Trump after his supporters mounted an assault on the U.S. capitol on Jan. 6.

Varga called for the “transparent and controllable operation” of tech companies, and said she would submit a bill on the matter to Hungary’s parliament in the spring to counter what she called their “systematic abuse of free speech.”

Hungary’s next parliamentary election is scheduled for 2022. Recent polls showed a tight race between the ruling Fidesz party and a six-party opposition coalition.

Hungarian Prime Minister Viktor Orban, a Trump ally, has been accused of overseeing the consolidation of the country’s media into the hands of business interests with ties to his party.

Opposition parties have used social media to reach potential voters amid a lack of coverage in Hungary’s public outlets. A 2018 report by the Organization for Security and Co-operation in Europe found that national elections that year “were characterized by a pervasive overlap between state and ruling party resources” and media bias.

Last week, Varga claimed that tech companies “limit the visibility of Christian, conservative, right-wing opinions,” and that “power groups behind global tech giants” were capable of deciding elections. She alleged that she had personally been “shadow banned” by Facebook, a term referring to social media platforms restricting the visibility of users’ profiles or posts without their knowledge.