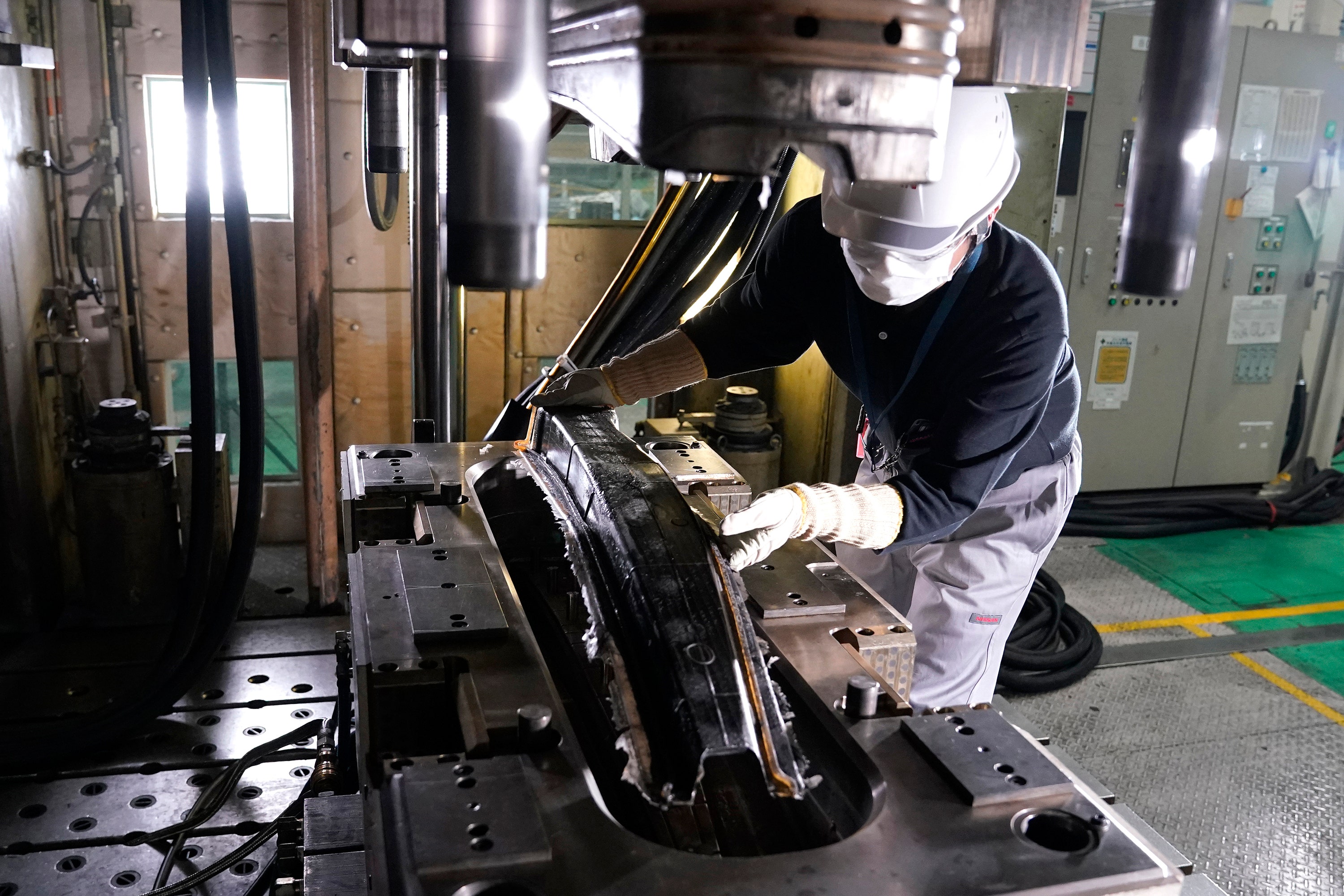 Magna CEO Swamy Kotagiri provides insight into the future of the automobile industry.

A shortage of computer chips is curbing production for automakers around the world.

Companies, many still reeling from the economic impact of the coronavirus pandemic, have been forced to slash production rates in response, extending holiday hours and closing factories.

The slowdown reflects the industry’s increasing reliance on the technology provided by semiconductors, including Wi-Fi, Bluetooth, video displays and computerized engines.

Pinching carmakers including Ford, the mismatch between chip supply and demand “could have a significant knock-on effect on jobs and the economy,” a Ford Motor Company spokesperson told Fox Business on Friday.

The Dearborn, Michigan-based company announced last week that it was idling a plant in Louisville, Ky., due to the shortage.

“We are working closely with suppliers to address potential production constraints tied to the global semiconductor shortage and working to prioritize key vehicle lines for production, making the most of our semiconductor allocation,” the spokesperson noted.

A row of 2020 Ford Escape sports-utility vehicles at a Ford dealership in Denver in October. A widening global shortage of semiconductors for auto parts is forcing major auto companies to halt or slow vehicle production. (AP Photo/David Zalubowski, F

Toyota Motor Corporation is also feeling the strain, and The New York Times reported Wednesday that it had shut down production lines in China.

“A supplier recently informed Toyota about a significant part shortage that will affect semiconductor supply,” a spokesperson told FOX Business. “The global supply shortage primarily impacts production of the Tundra, manufactured at our Texas plant, with components also produced in our Alabama, Tennessee and Missouri operations. We do not expect any impact to employment at this time.”

Subaru, which has its U.S. headquarters in Camden, N.J., confirmed to FOX Business that it expects to pare “several thousand” vehicles from production and is reducing output at a plant in Indiana as well as temporarily idling a factory in Japan.

For most, chip shortages were unanticipated during the early days of COVID-19 lockdowns, but so was a surge in demand for cars.

Chips, meanwhile, were in even higher demand as the consumer electronics industry boomed, with workers and students alike confined to their homes.

It was a perfect storm for both industries and, though semiconductor suppliers have been pushed to ramp up production, computer chips are hard to manufacture and their plants can cost tens of billions of dollars to build.

The shortage was compounded by President Trump’s trade war with China, which placed restrictions on Semiconductor Manufacturing International Corp. (SMIC) and sent many automakers searching for alternative options.