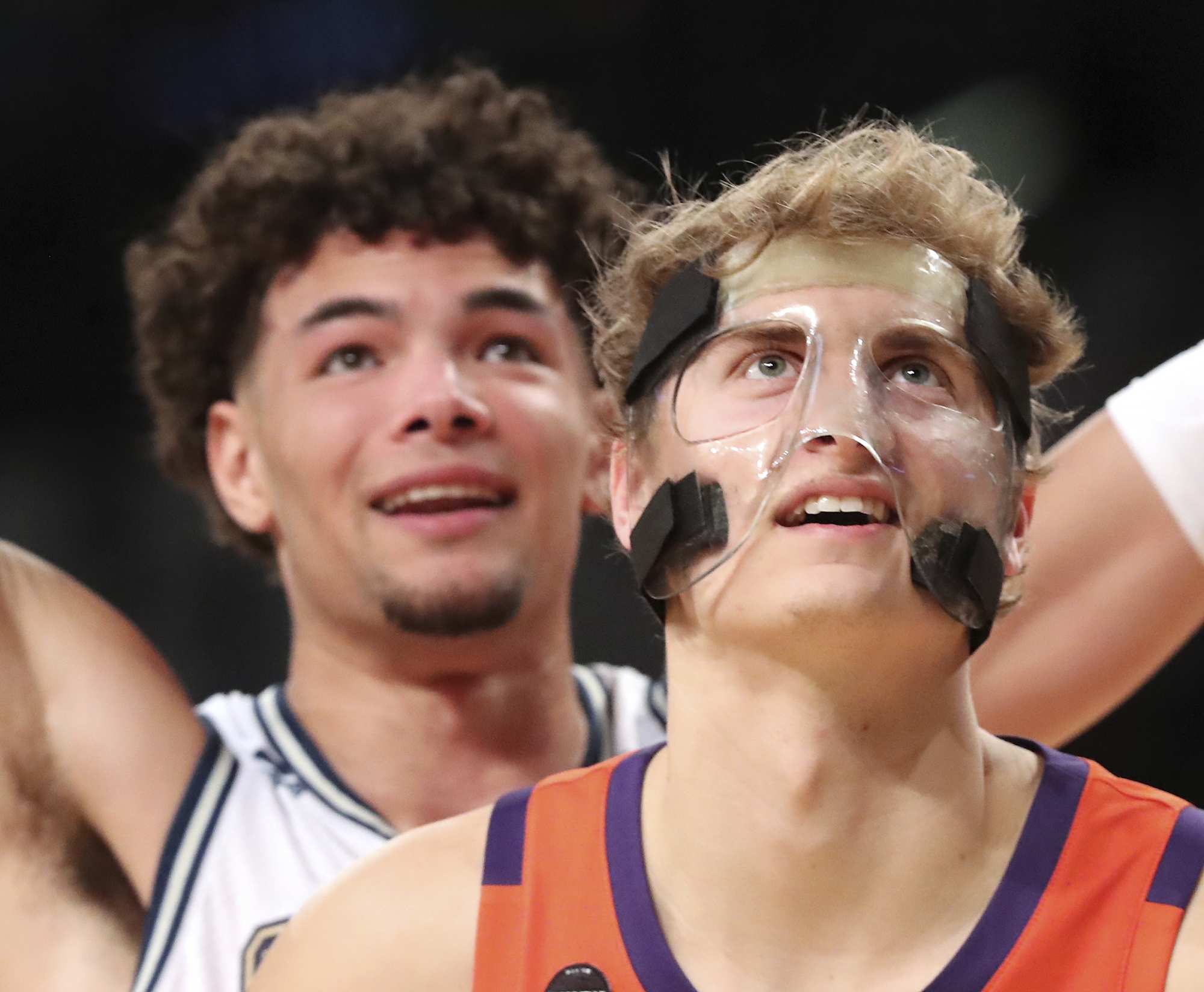 ATLANTA (AP) — Josh Pastner wondered how his Georgia Tech team would respond after a 17-day layoff. Not to worry.…

ATLANTA (AP) — Josh Pastner wondered how his Georgia Tech team would respond after a 17-day layoff.

The Yellow Jackets turned in one of their most impressive showings of the season, routing No. 20 Clemson 83-65 as three players scored more than 20 points Wednesday night.

Michael Devoe led the way with 22 points, while Moses Wright and Jordan Usher chipped in with 21 apiece.

“We punched ’em in the mouth,” Usher said.

The Yellow Jackets (7-3, 3-1 Atlantic Coast Conference) built a nine-point halftime lead and pulled away after the break to hand the Tigers their second straight blowout loss.

Georgia Tech was playing for the first time since Jan. 3, having four straight games postponed because of COVID-19 protocols.

Like any coach, Pastner fretted over how his team would respond to an unscheduled break in the middle of the season.

The Yellow Jackets picked up where they left off to stretch their winning streak to five in a row, their longest since the 2012-13 season and further bolstering their hopes of finally reaching the NCAA Tournament for the first time in 11 years.

“A lot of guys had fresh legs and were ready to go,” Devoe said. “We left it all on the floor.”

Clemson, on the other hand, has looked like a different team since going 11 days without a game because of the pandemic.

The Tigers (9-3, 3-3) returned from their unscheduled break last Saturday and were embarrassed at home by Virginia, 85-50.

Now, a second straight game that got out of hand.

Clemson went more than four minutes without scoring to start the second half, allowing Georgia Tech to stretch its lead to 53-35. The Yellow Jackets led by as many as 22.

Aamir Simms scored 19 points to lead the Tigers, who shot 52% from the field but were hurt badly by 20 turnovers.

Those miscues led to 30 points for the Yellow Jackets.

“Our guys were kind of soft at times,” Clemson coach Brad Brownell said. “You can’t be a good team turning the ball over 20 times. That’s 20 shots you don’t get.”

The defense wasn’t much better.

Georgia Tech worked the ball inside and out to continually get open looks against the Tigers. The Yellow Jackets connected on 57% of their shots, including 16 of 26 from 3-point range.

The 16 treys were just one off the school record.

“We shot the daylights out of it,” Pastner said.

Wright scored 17 points in the first half, his production divvied up between four thunderous dunks along with a pair of shots beyond the arc.

Usher chipped in with 13 points, making 3 of 4 from long range to help push Georgia Tech to a 44-35 lead at the break.

Devoe did the bulk of his damage beyond the arc, knocking down all six of his 3-point attempts.

“When that first one goes in, and they keep going in, it’s like throwing rocks in the ocean,” he said. “You just can’t miss.

Bubba Parham scored only a single point for the Yellow Jackets, but he took several offensive charging fouls that stymied any shot Clemson had at a comeback.

“You cannot put a price tag on what a guy’s doing when he’s taking charges,” Pastner said. “Maybe it doesn’t show up in the box score, but those are winning plays.”

Clemson: The Tigers have to figure out what happened to their defense during the layoff. They surrendered an average of 57.6 points through their first 10 games, but the last two opponents have gotten far too many easy shots.

Georgia Tech: Pastner’s team isn’t very big or deep, but the Yellow Jackets are getting the sort of play they hoped for from an experienced group of starters. They have been especially effective since going to a three-guard lineup that gave the Tigers fits.

Clemson: In desperate need of a win as the Tigers heads to Tallahassee on Saturday to face Florida State.

Georgia Tech: Plays its second straight game against a ranked team when it travels to No. 13 Virginia on Saturday night.

Copyright © 2021 The Associated Press. All rights reserved. This material may not be published, broadcast, written or redistributed.