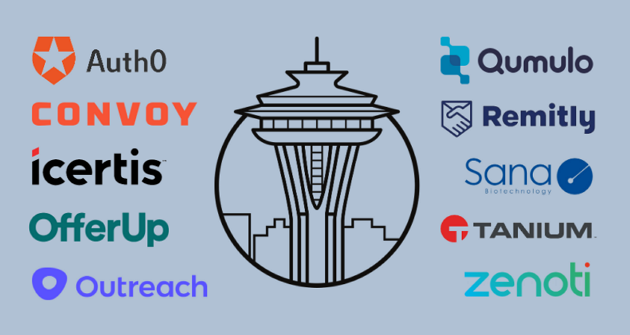 Here’s what we’re talking about on the GeekWire Podcast this week: Seattle’s tech community just reached a new milestone: 10 unicorns, privately held companies valued at more than $1 billion. Their characteristics say a lot about the direction and state of the tech industry in the region, both positive and negative.

Joining us as a guest commentator this week: Heather Redman, co-founder and managing partner of Flying Fish Partners, a Seattle-based venture capital firm that focuses its investments on machine learning and artificial intelligence.

From our story, here are five key takeaways about the 10 companies.

Listen to the episode below, or subscribe to GeekWire in any podcast app.

Also up for discussion: the challenges of running a big tech hub like Seattle. Mayor Jenny Durkan recently announced that she wouldn’t be running for a second term. She faced numerous challenges during her tenure as mayor, but one of the biggest was bridging the divide between the tech industry, particularly Amazon, and the rest of the Seattle community.

And in our final segment, it’s the return of the GeekWire Trivia challenge, with a chance to win your choice of a GeekWire mask or socks. Our question: Which current CEO of a Seattle tech company has been inducted into the hall of fame of a professional sport? Listen to the third segment for clues, and send your answer (or guess!) to [email protected] From the pool of correct answers, we’ll pick one person at random to win their choice of swag.

10 Stories All Tech Executives Should Read