Georgia Tech takes a giant step toward the Big Dance 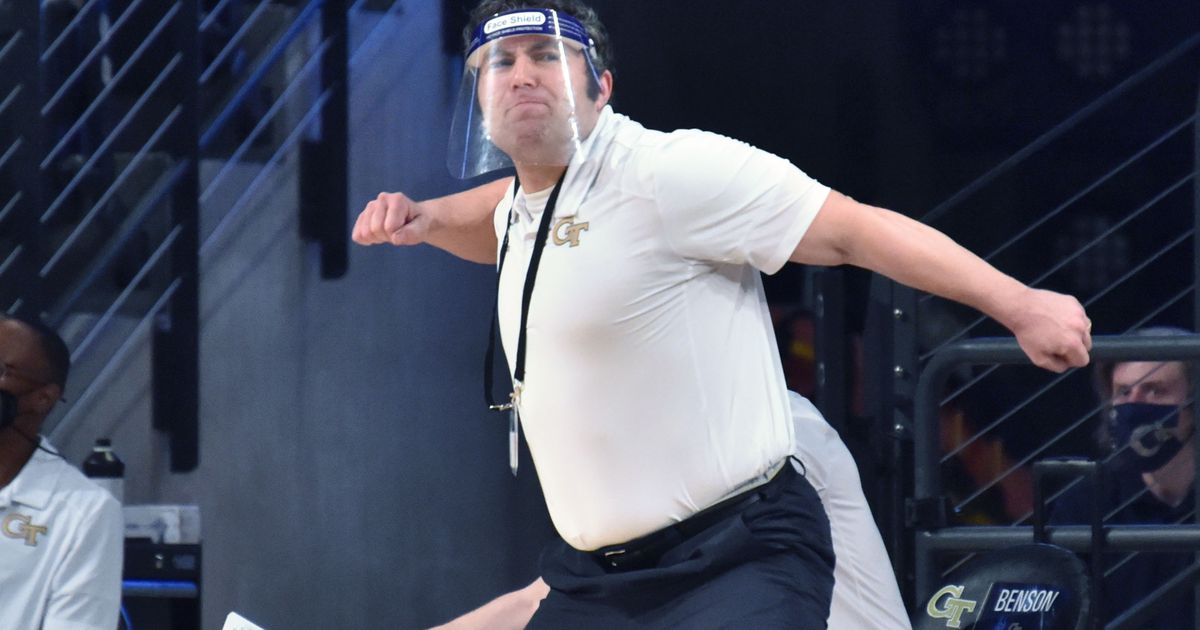 Tech induced Florida State into more first-half turnovers (11) than baskets (10). Eight of those errors came on steals, four by Jose Alvarado, who leads the ACC in that category. Over seven minutes and 25 seconds spanning the halves, FSU managed one point. From six points down, the Jackets surged 10 in front. They would stay in front.

You could tell how much this meant to the home team. Pastner called timeout after barely seven minutes, his team down only four points. This was something approaching a last stand for the Jackets, and maybe for Pastner. Tech is beyond the midpoint of its shortened regular season. Before Saturday, their best victories were over Kentucky and North Carolina, which in most years would mean something. In 2021, neither the Wildcats nor the Tar Heels received even a vote in the latest Associated Press poll.

ExploreAJC photos from the Jackets’ win over FSU

Lest we forget, Tech opened this season with consecutive home losses to Georgia State and Mercer, neither of which is above .500 in its respective league. A loss here Saturday – with a game at Louisville set for 2 p.m. Monday – could have relegated these Jackets (and their coach) to the land of just-couldn’t-ever-break-through. Instead they won with something approaching ease.

Then: “In my head, I feel like I’m the best defender in the country.”

Then: “When (Michael Devoe, who scored 19 points) plays like this, I feel like we’re the best team out there.”

We pause here to say … wow, that’s a slew of superlatives from a smallish guard on an 8-5 team. And it is. But Tech at its best was pretty darn good last season, and it’s better now. All the Jackets lacked – well, except for size – is the proof that they can beat an opponent of the first rank. They just found it.

Then: “I love our guys. … Even when we get punched, we always keep coming back.”

It’s still possible for Pastner’s team to mess this up. A loss at Louisville would undo some of the good accomplished Saturday. Virginia and Duke are scheduled to come to McCamish; Tech will need to win at least one of those, maybe both. But beating FSU for the first time since January 2017 marked a step up in class for a program that hasn’t taken a true upward step in more than a decade.

For a while now, Pastner has insisted that Tech could play with anybody. On Saturday, it beat a somebody.

Mark Bradley is a sports columnist and blogger for The Atlanta Journal-Constitution. He has been with the AJC since 1984.