For decades now, Google has been virtually ruling the internet. The Mountain View-based tech giant has worked on thousands of products and services, revolutionising and inspiring other companies to innovate. It has several key products with billions of users. But that doesn’t mean that every product created at Google turns out to be a hit. And with Google now winding down its cloud gaming service Stadia just three years after launch, here we will take a look at some of the most popular products and services Google has shut down in the last few years.

Launched in 2011, the tech giant launched a new social media network called Google+ to compete with other social networks at the time, namely Facebook. Google+ was invite-only in the beginning and had this complexity of circles, communities, etc. And while it did manage to gain users–given everyone with a Gmail account ended up with Google Plus profile, the social network never became the challenger to Facebook that Google had hoped for.

While Google had deeply integrated it with other products and pushed out several useful features, it was discontinued in 2019 because of low user engagement and concerns citing security risks. Yes, there was a massive data breach that compromised over 500,000 accounts. Google+ was feature-packed but suffered because of low user engagement and security concerns (Image Credit: Google)

Google Plus was not the only social network that the company made. If you grew up in the 2000s and had access to the internet before, you must be familiar with Google’s take on integrating social networking with messaging and a microblogging platform known as Google Buzz. Introduced in 2010, Google Buzz was discontinued in just over a year in December 2011 because of privacy concerns. What’s interesting is that Google+ was the successor to the short-lived service.

Introduced in 2004, Orkut was one of the most popular social media networks back in the day. Owned and operated by Google, the majority of people using Orkut were either from Brazil or India. But ten years later in 2014, Google announced they would be closing down Orkut in favour of Google+. While signing up for the service was impossible, users could download their information from Google Takeout.

Developed by the Apache Software Foundation in collaboration with Google, Wave was a software that allowed users to merge key features from various communication technologies like instant messaging, email and social networking. The cool part about Google Wave was that while you chatted with your friend, they could see you typing in real-time. Wave was supposed to help with real-time collaboration.

In 2009, Google Wave’s initial release made it to more than 100,000 users. But fast forward to 2010, the tech giant announced it would be suspending the development and handed it over to the Apache Software Foundation. Google Wave, now renamed Apache Wave, never saw the light of day and was scrapped in 2018.

Also, Wave was the successor to Google Buzz. Launched in 2005 when dial-up connections were for real, iGoogle was a personalised Google Search homepage that users could customise according to their preferences.

In 2008, iGoogle gained massive popularity, with more than 20 per cent of Google Search users opting to visit iGoogle instead of the simple Google Search page we all are familiar with now. The customised homepage was done away with  in 2012 due to the ‘unforeseen evolution of web and mobile apps and the erosion of the need for the site.’

Developed by the team working at Google Labs, Google Reader was an RSS feed aggregator that was liked by millions worldwide. Ever since it was launched in 2005, Google Reader was one of the best ways for serving the latest news and information to everyone around the world. But like some other Google products, the company shut it down in 2013, stating that only a few people were using the service.

Available on the web, Android and iOS, Inbox by Gmail was one of the best mail apps if not the best of all time. Launched in late 2014, the email service let users focus on productivity by grouping up emails with similar topics together in a neat manner. Even though it was far from perfect, Google found out that in 2016 more than ten per cent of total replies on Gmail originated from Inbox by Gmail’s Smart Reply feature. Despite the positive reviews, Google discontinued Inbox by Gmail in 2019.

Introduced in 2002, Picasa was hands down one of the most comprehensive image organiser, editing tool and photo-sharing platform. Over the years, Google developers added several new functionalities to the platform. But in 2016, the tech giant announced it would retire the decade-old service and instead focus on the cloud-based image organising and editing service we now know as Google Photos.

What started as a feature offered by Google+, Hangouts evolved into a standalone product in 2013. The developers at Google then began integrating features from other products like Google Voice and Google+ messenger. 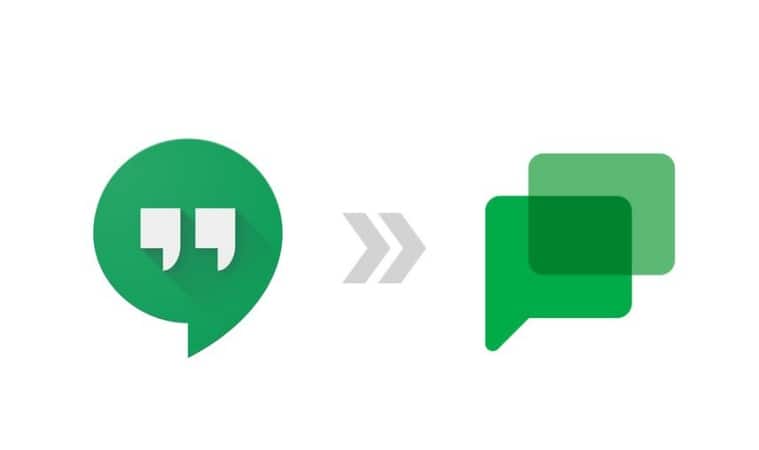 Google Hangouts will be replaced by Google Chats in November this year. (Image Source: Google)

Four years later, the tech giant started working on new products known as Google Meet and Google Chat for its productivity suite.  Since then, Google has been migrating Hangouts users to other services and announced it will be officially shutting down Hangouts in November this year.

Originally introduced as a competitor to the productivity-focused platform Slack, Google Spaces was a mobile app that would help users indulge in group discussions. Similar to Twitter Spaces, people would create spaces where they would invite other people. Google had even integrated Spaces with other apps in the Google ecosystem like Search, YouTube, Chrome, sharing files, and others were accessible from within the app.

It was first introduced in 2016, but in less than a year, Google discontinued the service and said the users will only be able to download and view their existing spaces and won’t be able to make any new ones.

Sat Oct 1 , 2022
BRAINERD — The Crow Wing County Land Services Department announces that beginning Wednesday, Sept. 28, a new and enhanced permit application and approval system is online as a convenient way to apply for land-use related permits. Once activated, access to the online permit system is as easy as following this […]