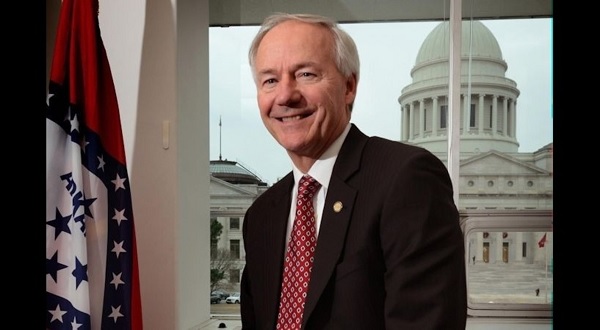 This week I signed Senate Bill 107, which requires high school students to take at least one computer science course in order to graduate.

This is a gigantic step forward among many steps that we’ve taken to advance computer science education in Arkansas.

For six years, we have led the nation in computer coding. This bill takes our programs up another notch.

I’m proud of the leadership in the General Assembly, which has been key to ensuring that all of our students have access to computer science education. I am particularly grateful to Sen. Jane English and Rep. Deann Vaught, who sponsored this bill, which they named the Computer Science Education Advancement Act.

Senate Bill 107 will keep Arkansas in the forefront of computer science education in the nation. South Carolina is the only other state that’s done anything close to this.

We started this journey when I became governor in 2015, and we became the first state to require every high school to offer a computer science course. The growth of the computer science programs has surpassed even my most optimistic projections.

I have spoken with teachers who told me the chance to teach computer science has opened opportunities they never imagined. Gerri McCann, who taught French in the Manila Public School District, recognized the importance of coding and became certified to teach it. Eventually, she earned a master’s degree in information systems so that she could prepare her students for a high-tech world where computers seem to run everything.

To support teachers who want to be certified, the Arkansas Department of Education developed a bonus program that will pay up to $10,000 over five years to teachers who are certified to teach computer science.

Since 2015, we have added 550 fully certified computer science teachers and awarded over $200,000 in bonuses directly to high school teachers.

National organizations such as code.org have recognized our progress. One of the most satisfying endorsements came last fall in an editorial in the Arkansas Democrat-Gazette, the state’s largest newspaper, as we began discussions about the computer-science graduation requirement.

The editorial began, “When you ask most people where the technology hubs are in America, their minds probably go to Silicon Valley, New York City, or maybe Austin. [Not] many people [will] say Arkansas. Give it a few more years. Arkansas is giving students opportunities to grow their interests in computer science.”

As the editorial notes, in the day when typewriters were the thing, schools required students to learn how to type. Generations of students could type before they earned a diploma. Now computer coding is our new keyboard.

The editorial pointed out that Arkansas students already are required to take things outside the English, science, math, and history core curriculum, as well as health and physical education. To require a computer science class is a great investment in the future.

The editorialist is correct when he wrote that our “hope is Arkansas students who love their home state will start building the Silicon South right here. That brings jobs. That brings revenue. That brings the future to Arkansas.”