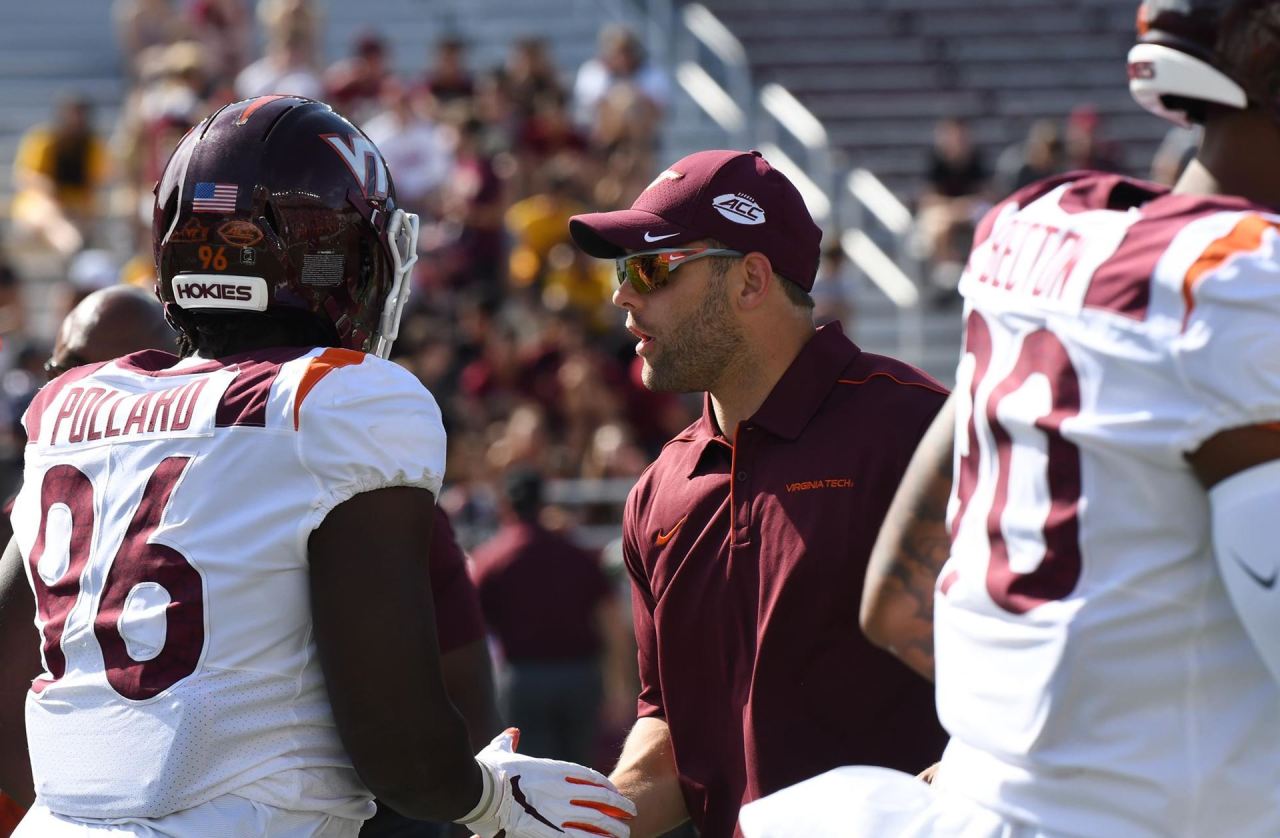 BLACKSBURG – Head coach Justin Fuente confirmed on Wednesday that Tracy Claeys has informed him of his intention to retire. Virginia Tech marked the final stop of Claeys’ career in college football as he coached the Hokies’ linebackers in 2020 after joining the program in December 2019. Fuente indicated an announcement regarding Tech’s new linebackers coach would be forthcoming soon.

“On behalf of our entire football program, I want to thank Tracy Claeys for his contributions to our team,” Fuente said. “Even though he was only with us for a short time, Tracy made a lasting impact on our players and coaches. Tracy is not only an outstanding football coach, but he’s also one of the finest people I’ve had the pleasure of working with in this profession. I appreciated the way he helped mentor members of our staff, as well as the manner in which he conveyed his knowledge of the game to our players. We all wish Tracy the very best going forward.”

“I’m very grateful that to have coached with Coach Fuente and his staff at a place like Virginia Tech,” Claeys said. “Certainly 2020 presented many challenges to all of us, but I couldn’t have asked for a better group of individuals to work with, especially my group of linebackers and the coaches in our defensive room. I’m going to miss coaching, but I’ll always have fond memories of my time in Blacksburg and will continue to value the many relationships I developed here. As I told Coach Fuente, while the time is right for me to step away from coaching, I’ll forever have a fond place in my heart for Virginia Tech.”

In his one full season as Minnesota’s head coach Claeys guided the Gophers to a 9-4 record, a 5-4 mark in Big Ten play and a victory over Washington State in the Holiday Bowl. Minnesota’s nine wins were the most it had earned since winning 10 games in 2003 and were the second most since 1905 when the Gophers also won 10 games.

Minnesota’s defense allowed an average of 22.1 points in 2016, which was the lowest since it allowed 21.9 in 2003. In 2011, when Claeys was in his first year as defensive coordinator, Minnesota allowed 31.7 points, but since then the most it has allowed in a season is 24.2 points. At the conclusion of the 2016 season, the Gophers had held 36 of their last 48 opponents below their scoring average. In 23 of those games, Minnesota held its opposition to eight or more points below their season average and in nine games, the Gophers held their opponents to 14 or more points below their season average.