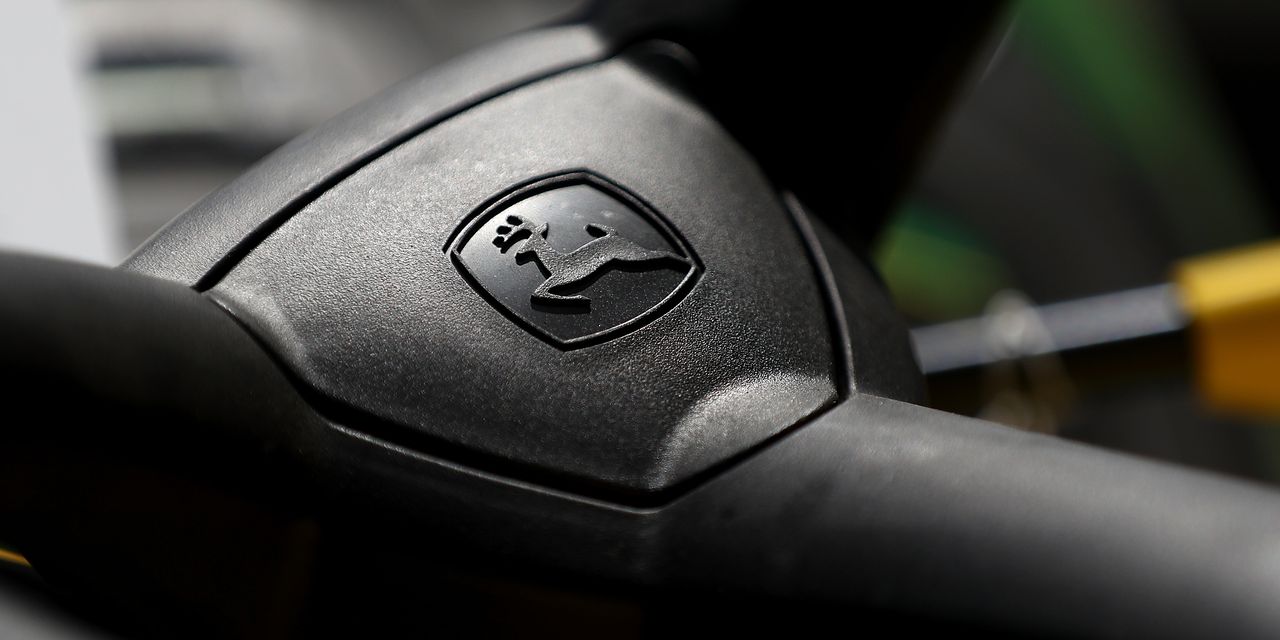 is showing off technology that has the potential to rival the significance of its original innovation—the steel plow, which brought the company commercial success in the 19th century. Deere’s latest gear could offer a similar lift today.

Deere (ticker: DE), founded in 1837, demonstrated its new technology with a different piece of cutting-edge equipment: Oculus VR goggles from

(FB). The goggles are required because this year’s Consumer Electronics Show—the annual Las Vegas shindig—is all virtual during the pandemic.

Virtual reality has its advantages. In the case of Deere, users could stand, virtually, in a farmer’s field under a blue sky, drive a $750,000 tractor-planter, and look several feet beneath the soil to check planting conditions and seed placement.

The virtual planter, at one point in the demonstration, actually seems to run over the viewer while planting corn at a rate of up to 2,800 seeds a second. What Deere aimed to highlight isn’t just planting speed, although its top technology now runs twice as fast as it did a few years ago.

The real point is precision farming, which means putting the right seed in the right spot at the right time of year, with the right amount of moisture and fertilizer. Handling all those variables correctly is a big deal for Deere’s customers—the farmers planting crops in real life.

It means more revenue and lower costs. The revenue boost comes in the form of higher crop yields, while planting more precisely allows farmers to spend less on chemicals and fertilizer.

Tractors have had the ability to drive themselves for a generation. And autonomous driving has been sold as a feature on new tractors and combines for years. But better software and more connectivity are making possible new levels of precision, which opens up new business opportunities.

Deere, for instance, is one of a handful of companies that has its own Global Positioning System satellites. The company’s technology is accurate down to an inch, far better than what most smartphones offer. Crop-yield data collected during prior harvests can be used to help farmers optimize future plantings and applications of fertilizer.

As tractors, planters and combines get more intelligent, Deere can sell software upgrades and data subscriptions. That will mean higher growth in the company’s parts and services business, though the growth may not be obvious on the income statement because the company doesn’t break out sales for parts and services. Instead, it provides data on the areas where its gear is used, such as farming and construction.

The technology is great, but it isn’t a slam-dunk for Deere. Others, such as

It may take a while for subscription-type sales to move the needle on Deere stock. That means that for 2021, the stock will still be dependent on management actions, like naming a CTO, as well as the weather, which is always critical for both farmers and the company.

mainly because of crop prices.

The Agriculture Department began projecting lower corn and soybean inventories a few months back, partly because of dryness in South America. North and South American are globally dominant producers of feed grains.

Deere isn’t the only agriculture-linked company benefiting. Shares of seed and chemical producers