Just How Much Do Google Reviews Impact Your SEO Ranking? 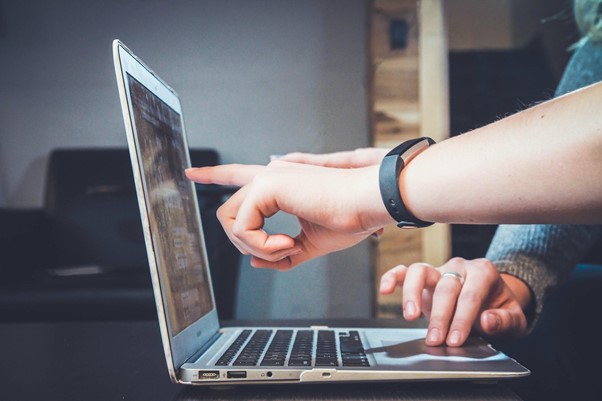 Is there a link between search engine optimization (SEO) and Google reviews? If there is, how much does it affect the rankings? Join us as we explore the power of the almighty Google Review!

Before technology transformed the way people find businesses, word of mouth determined whether a business thrived or perished. If too many people said negative things about a company, the latter’s performance would be seriously affected.

Fast forward to today when word of mouth still has a deep impact on businesses. The only thing that has changed is that the reputation of brands is now heavily digitized. Word-of-mouth has taken the shape of online reviews, in particular, Google Reviews.

The answer is simple – Google trusts the power of word-of-mouth marketing. It factors in the quantity and quality of reviews to evaluate the search position. Just as customers use online reviews to validate their purchase decision, search engines such as Google take a similar stance.

This should come as no surprise because users and search engines have a similar objective. Google wants to weed through the vast web to deliver you the right information, service, or product in the fastest way possible, and this aligns with our goals as users! In fact, reviews pretty much work as crowd-sourced recommendations.

When you enter a local search term into Google (like “Thai restaurant”), three main factors will affect the ranking of each site displayed:

The first two ranking factors are explanatory; Google will attempt to present Thai or Thai fusion restaurant options that are within your immediate vicinity.  Reviews fall into the category of prominence. A Thai restaurant with hundreds of highly rated reviews may outrank a closer local competitor if they have fewer, less positive ratings and reviews.

Below, we dive deeper into how reviews are a critical component to SEO performance.

How Much Influence Do Reviews Have on SEO?

A lot. According to a study, the fifth most significant parameter that determines the rank of a business is online reviews. As of 2017, the impact of Google reviews on SEO has increased by over 20{3c6be4297db6c6dead22aac82e61edad92a520b73a55778b8446ff6b78406501} year-over-year. Since more and more customers use online reviews to make informed purchase decisions, this percentage is only going to rise.

Besides, Google reviews and Google Maps go together. An optimized Google listing can help businesses increase their visibility, gain a competitive edge, and boost their rankings on SERPs. Google looks at the quantity, quality, frequency, and recency of online reviews.

This means that businesses that consistently get a large number of high star ratings and reviews are likely to get more consideration from the popular search engine. For instance, a rating of 4.5 and above indicates the trust of customers for a particular brand, and Google recognizes that.

This is where the user-generated content can help. User-created media such as photos, videos, and Q&A relating to the products and shared through social media channels, serve as authentic and fresh content for search engine crawlers.

Without hard-selling, genuine customers sharing their shopping experiences, opinions, or advice demonstrates to Google that a business holds an authority position in the market. In other words, search engine crawlers pay attention to what people have to say about a company and not just what the business has to say about itself.

The Volume of Google Reviews

A business with plenty of reviews and a high rating is likely to rank higher on SERPs. Part of this correlation is because many of these reviews will contain relevant keywords, especially long-tail keywords, that people use to express their opinions.

When Google removed anonymous reviews, many websites were downranked as a result. This alone indicates that the volume of online reviews directly affects the website’s ranking. Moreover, it also emphasizes the fact that the algorithms favour both quality as well as quantity of reviews.

Reviews, good and bad, influence the reputation of a business. Acquiring fresh reviews on authoritative platforms such as TrustPilot, Google My Business, and Yelp is the lifeblood of SEO. That naturally raises a question – what about bad reviews?

Given the discussion so far, deducing that rankings would take a tumble due to negative Google reviews would be logical. However, that’s not the case. The search engine verifies the authenticity and diversity of reviews before taking such action.

One odd review does not cause a loss of position. For instance, a review left due to a delayed package or a chance encounter with a rude manager generally won’t affect the reputation of a business or its ranking on Google. However, convincing, and credible reports of financial wrongdoings will lead to an extremely negative reputation and can lead to a dip in ranking.

Therefore, it’s not just the number of reviews that matter for SEO but also the nature of the reviews themselves.

The impact of Google reviews on SEO ranking cannot be undermined. Customers, now more than ever, consumers rely upon online ratings and reviews to assess the brand reputation and quality of their product or service. Hence, it’s safe to say that a large number of positive, yet authentic reviews would result in higher rankings on SERPs.

SEO Experiments May Cause More Harm Than Good

Is Having One Product Page With Multiple Products Bad for SEO?

How & Why to Use CDN Services for WordPress: A Complete Guide