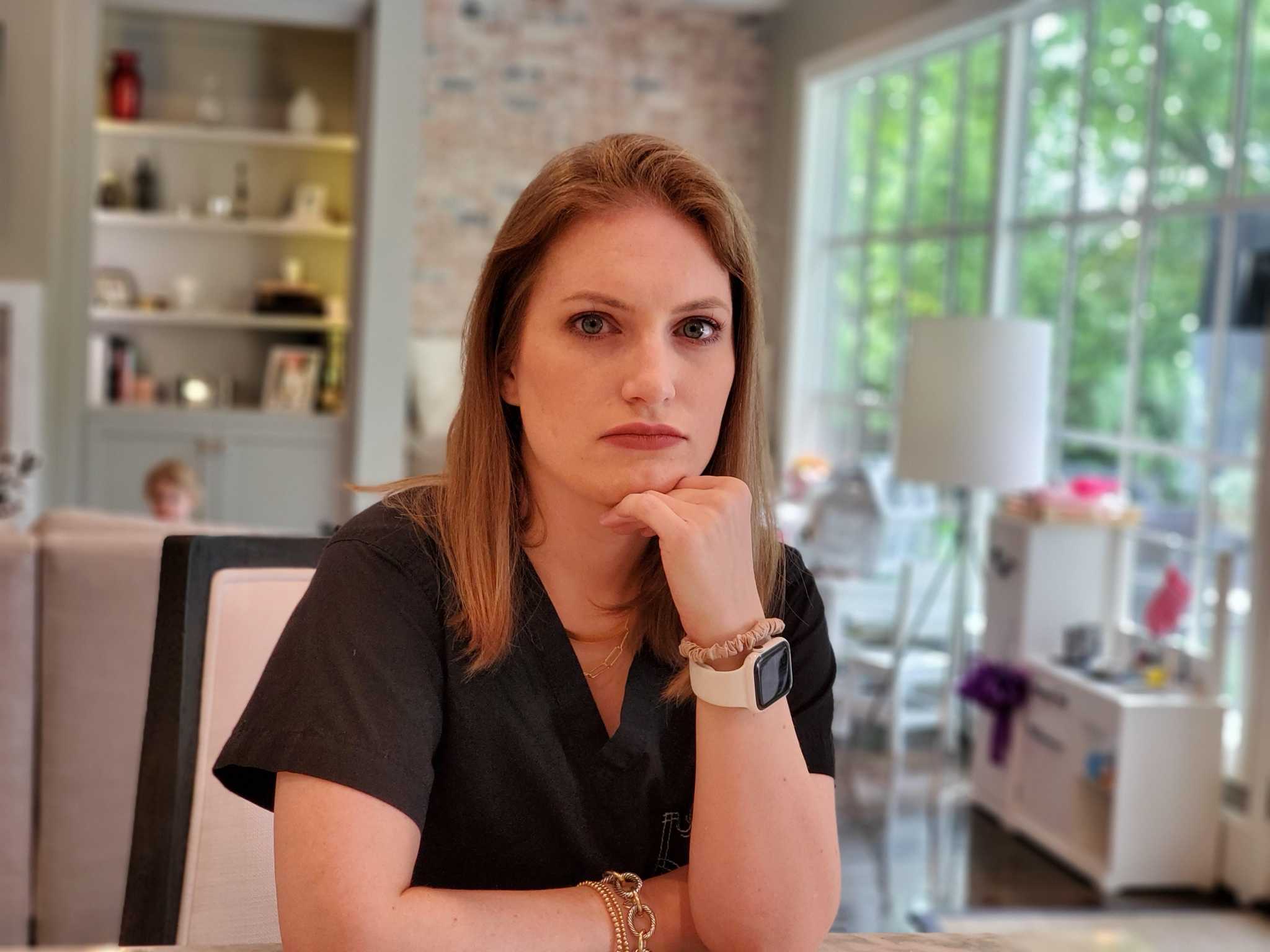 Kristina Braly has hundreds of thousands of subscribers on her YouTube channel, and tens of thousands on her Instagram account. She posts about beauty, fashion and technology, and even has her own line of Christmas sweaters.

And, if necessary, she can also put you to sleep.

That’s because Braly, 36, is a full-time private-practice anesthesiologist, which she also documents on YouTube. Mixed in with videos on makeup, smartphone reviews, luxury goods unboxings and travel are pieces on life as doctor during the pandemic, why you can’t eat before surgery and, my personal favorite, what happens to your brain under anesthesia.

If your image of a social media influencer is someone who’s shallow, vapid and self-absorbed, spend a few minutes with Braly and those preconceptions will be shattered.

“In the beginning there was a kind of, ‘Oh, you know, if she’s a fashion blogger, she must be super vain. She must be really full of herself. But I just really enjoy breaking the mold,” she said in an interview. “I really like busting through stereotypes.”

I first met Braly in February at a briefing from Samsung on the company’s then-new Galaxy Z Flip folding smartphone, held in the Samsung Experience Store in the Galleria. Her resulting video focused on a cool feature of the phone and emphasized its fashionable, flip-phone design – she mused that it would fit well in the top pocket of her scrubs. But during the briefing she asked smart, technically knowledgable questions, and I was impressed.

“Since college, I’ve always been interested in tech, I was always interested in computers,” Braly said. “My favorite classes were computer classes, and I built my own computer from scratch. Certainly nobody in my circle was doing that. They were like, ‘You did what?’”

Braly began her online life as a blogger. In late 2009, her 20-year-old brother committed suicide and she was looking for a way to distract from her sorrow. She set up a WordPress blog and, planning on writing about the things she loved, called it Pretty Shiny Sparkly. She was in second year of medical school.

At its height, Braly estimates her blog had around 100,000 unique visitors per month. She began expanding into video on YouTube, bringing her blog’s audience with her. The videos were simple, just her sitting in front of “my ancient iMac webcam.” Today, she describes them as “cringeworthy” compared to the slickly produced, quick-cut videos she posts now to her 222,000 subscribers.

Her very first video, intended as an embed in one of her blog posts, is titled “What’s in my purse/bag!!!!” It’s from March 2010, and shows Braly sitting in what looks like her living room, clothes and books piled on a couch behind her, as she goes through an oversized purse.

It’s a far cry from the daily Christmas videos she posted this month, complete with a sophisticated intro sequence created by a professional stop-motion animator she has used for several years.

She doesn’t say how much money her YouTube channel brings her through Google ads and sponsorships, but Braly does offer this anecdote to illustrate its potential even early on.

While she still posts videos about tech, beauty and fashion, her vlogs (”video blogs”) about being a doctor are now her most popular, even though she at first resisted blending her professional and online worlds. And, as the coronavirus pandemic of 2020 has ground on, the mix has leaned much more to medical topics. That’s largely in response to what her viewers want. People flock to the medical videos.

“It has given me an opportunity to talk to people about something that affects everyone,” she said. “The field of anesthesiology may only affect people who are going in for surgery, but I think as an airway expert I’m also talking about ventilators, talking about aerosolizing. They come to me because they trust what I say is accurate and not false or misleading or sensational.”

Creating videos involves research, shooting, editing – it takes a lot of time. Braly keeps her professional time as an anesthesiologist to 40 hours a week, while many of her colleagues do as much as 60 to 80, so she has time to feed her YouTube channel. Her husband, who is also a physician, helps out around the house and with caring for their 3-year-old daughter, Harper.

On top of that, she’s designing a line of medical scrubs she hopes will fix a lot of issues she sees in other brands. And she’s expecting her second child in February. Braly is not one to stand still.

“Oh, the irony of someone who puts people to sleep for a living who gets very little sleep herself,” she said.