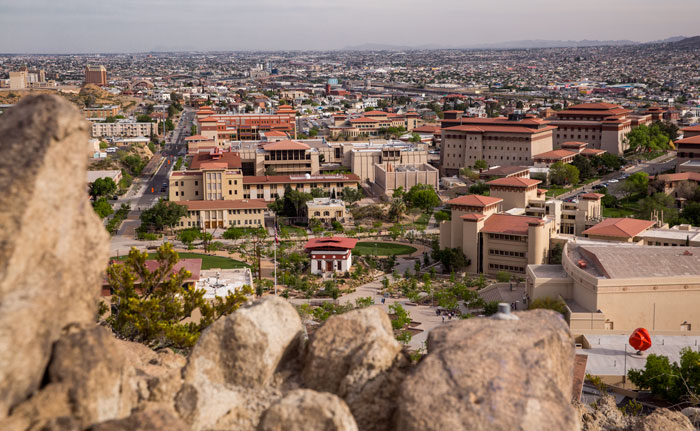 EL PASO, Texas (Border Report) – The border economy is due for a rebound this summer, after dealing with COVID-19 challenges for almost a year, business leaders say.

And as more small businesses reopen and others recall additional employees, efforts to court out-of-town employers bringing high-paying jobs to the area will continue.

“We are already seeing an uptick in companies either looking to locate or expand in our region. We are very optimistic about future jobs that will be high paying. I also believe that the dynamic of re-shoring jobs from China and Asia will continue into 2021,” said Jon Barela, CEO of the Borderplex Alliance in El Paso.

Business leaders say attracting high-tech manufacturers will be a driver in growing wages in a border region with salaries lag the national average. The El Paso Metropolitan Statistical Area (MSA) had hourly wages 24{3c6be4297db6c6dead22aac82e61edad92a520b73a55778b8446ff6b78406501} below the U.S. average, according to a May 2019 Bureau of Labor Statistics survey.

A young, bilingual population as well as the training provided by institutions of higher learning in El Paso, Las Cruces, New Mexico and Juarez, Mexico will play a key role in that.

“All three regions are moving forward aggressively with high-tech training. I am very encouraged with the alignment of secondary education and higher education in the fields of technology and life sciences. It bodes well for future job opportunities,” Barela said. “In the end, the first question that businesses looking to expand or relocate to our region ask is, ‘do you have a trained or trainable workforce.’”

Some 45 airplane and helicopter parts manufacturers from Europe and the United States have set up operations in Chihuahua, Mexico banking on a pool of U.S. and Mexican trained engineers and base workers who’ve made successful transitions from assembly line work to operating and servicing million-dollar machines on a daily basis.

Heather Wilson became president of UTEP after serving as secretary of the United States Air Force from 2017 to 2019.

She came to a border town where educational levels have been on the rise in the past three decades.

“The university, the community college and the school districts have done a really good job of engaging students. This community, the borderlands, has created a college-going culture where one didn’t exist 30 years ago, and it’s really changed the workforce,” Wilson told Border Report.

She said the university has built onto its roots as an engineering and science college.

“The most educated city in Texas is Austin. That doesn’t surprise anybody. But the second-most educated workforce in Texas is in El Paso,” Wilson said. “We have over 1,000 computer science majors at UTEP and master’s and Ph.D. (degrees) in computer science. We have over 4,400 engineering students and one of our strongest research programs is in advanced manufacturing.”

The university is working closely with Borderplex Alliance in trying to bring companies with above-average jobs to the region. One of the main selling points is a large bilingual young population with higher education studies or technical school training.

“They want to know about talent. Very often we will meet with those business executives to explain what we have at UTEP. Sometimes they’re very surprised when they find out. ‘Wait a minute, you’ve got a thousand mostly bilingual computer science students and that’s your fastest-growing degree?’

“Companies today know that what matters most for their future is access to talent and that the most important resource any company has are those that go up and down the elevator building each day. They want to locate close to a university like ours, so they have a source of the most important raw material for any business, which is talent.”

She said the university is using CARES Act funding to restart internship and co-op programs that stalled due to the pandemic.

“If a company is coming back and they need an intern, we’ll match them half and half. We want our students to be interning in the community that they live because that’s the best way to recruit them. That’s kind of the rent-with-the-option-to-buy plan,” Wilson said.

Visit the BorderReport.com homepage for the latest exclusive stories and breaking news about issues along the United States-Mexico border.

Q&A: Dolapo Adedokun on computer technology, Ireland, and all that jazz | MIT News

Is STMicroelectronics (STM) Stock Outpacing Its Computer and Technology Peers This Year?