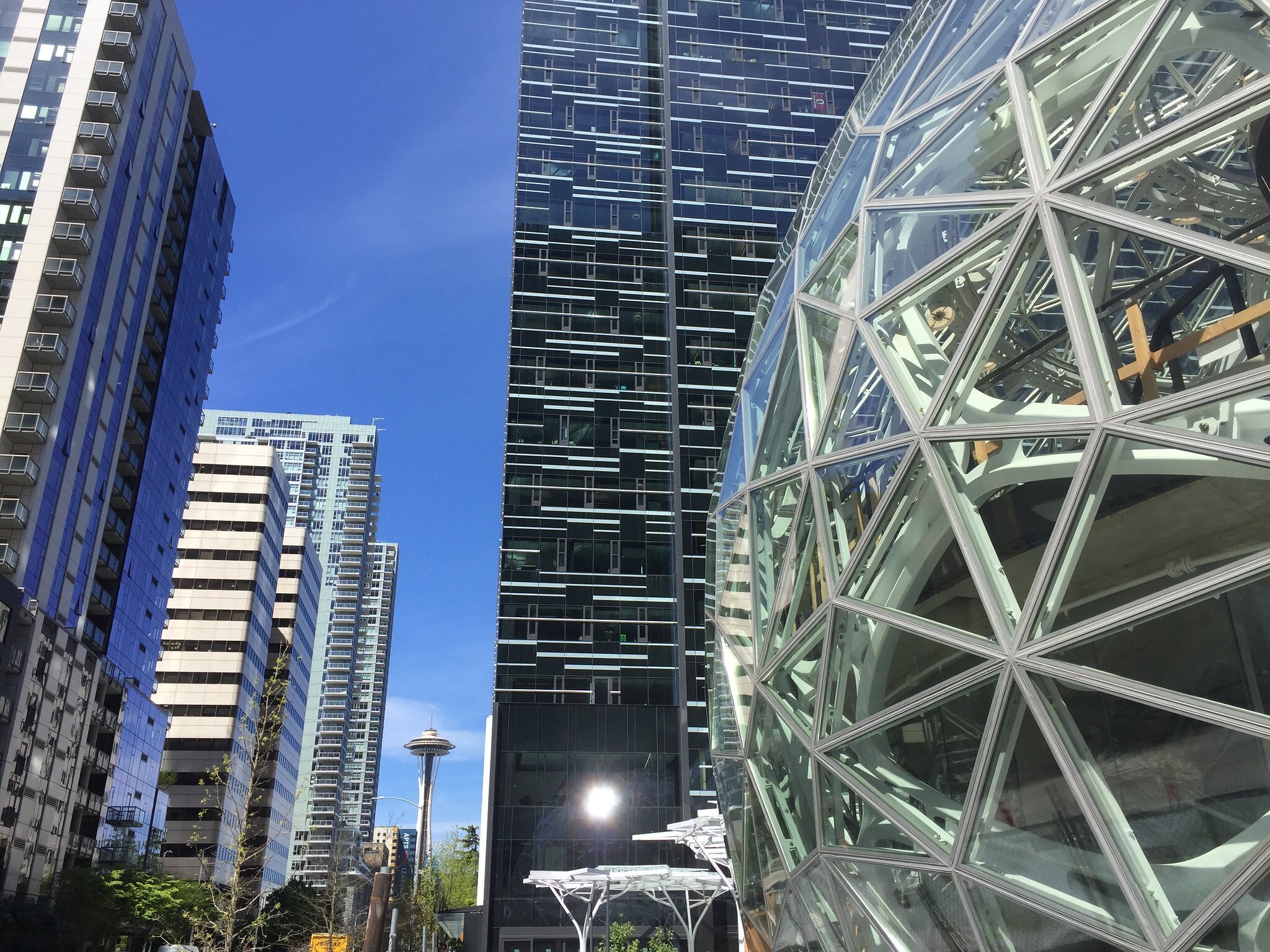 Techies are apparently leaving Silicon Valley. The pandemic has sparked what some describe as an “exodus” of tech companies, employees, and investors who are relocating to Austin, Miami, Reno, Madison, and other metros for a myriad of reasons.

But what about Seattle, another massive west coast tech hub and home to industry giants such as Microsoft and Amazon?

New employee migration data from LinkedIn shows that Seattle still added 2.2 tech workers for every one worker that left, from March to October of this year. That’s just slightly below the 2.5 number recorded last year.

The “inflow-outflow ratio” data, provided to GeekWire from LinkedIn and first reported on by Alex Kantrowitz’s Big Technology newsletter, is sourced from LinkedIn members who have indicated city-to-city movement on their profile.

Additional data from LinkedIn shows that many Bay Area transplants are actually relocating to Seattle. The number of people moving from the Bay Area to Seattle increased 28% year-over-year from March to October.

“As far as I can tell, a reasonable fraction of people I know professionally or socially that have left the Bay Area have also migrated to Seattle,” Rabois said on a recent This Week in Startups podcast with Jason Calacanis.

Jennifer Stojkovic, executive director of the tech advocacy group sf.citi, told GeekWire in July that she expected some Bay Area tech companies and workers to move to the Seattle area, which offers many similar amenities but a relatively lower cost of living.

Debate over the so-called exodus

GeekWire reported earlier this month on Tanium, the $9 billion cybersecurity company that relocated its headquarters from the Bay Area to the Seattle region. Tanium CEO Orion Hindawi described California as having a “real governance issue.”

“The engineering elite of Silicon Valley may know more than most about building software. But they do not know more about how society should be organized or what justice requires,” Palantir CEO Alex Karp wrote in the company’s IPO documents. “… Our company was founded in Silicon Valley. But we seem to share fewer and fewer of the technology sector’s values and commitments.”

The mayor of Miami is now tweeting about Bitcoin. We are likely now hours away from him fully taking over Silicon Valley. This guy is good.

“Tech companies and workers flocked to the Bay Area when the economy was booming, despite these problems.,” Rosoff wrote, citing San Francisco’s homeless problem and power outages. “There’s no reason to think these same problems will keep them away when the economy booms again.”

Margaret O’Mara, a history professor at the University of Washington, struck a similar tone in a New York Times column today titled “Is Silicon Valley Over? Not So Fast.”

“Silicon Valley always roared back, each time greater than the last,” O’Mara wrote, adding that the region’s more pressing threat actually comes not from other U.S. cities but the “globalization of tech investment” and Chinese superstars like Alibaba and ByteDance.

Richard Florida, a distinguished urbanist and professor at the University of Toronto, told GeekWire that he does not expect U.S. tech hubs to decentralize in any significant way.

“San Francisco and Seattle will be just fine,” he said in July. “I do not see a massive relocation of large corporations or startups anywhere outside of the handful of superstar metros that have dominated this for the better part of two decades.”

So what does all this mean for Seattle?

Kantrowitz said he thought Seattle may be “on its way to becoming the new tech capital of the U.S.,” but a LinkedIn economist told him that tech talent will return to hubs such as the Bay Area when offices reopen.

Seattle is also certainly dealing with similar problems to San Francisco, including homelessness, rising housing costs, and a debate over how to tax big businesses.

Yes AND we have a lot of work to do to not mess this up. Hearing particularly from a lot of founders here that they are fed up with Seattle public spaces & concerned about capital gains tax. They are not anti-tax per se but doing the math on a big exit and looking at TX and FL. https://t.co/ZLcxKxFjU8

But its tech ecosystem continues to blossom, particularly this year. Hometown giants Amazon and Microsoft have seen their stock prices soar during the pandemic as millions rely on their products and services.

Both companies continue to hire in the region; Microsoft has more than 1,800 open positions, while Amazon has more than 7,500. Amazon is placing thousands of jobs near Seattle in Bellevue, Wash., announcing in September that it will hire an additional 10,000 people in Washington state’s fifth biggest city and plans to employ 25,000 there eventually —  the same amount it expects to hire in Northern Virginia, or its “HQ2.”

Meanwhile, as the pandemic accelerates adoption of digital technology, the spotlight is shining brighter on the robust business-to-business technology ecosystem in the Seattle region amid the ongoing economic and health crisis.

Startups that sell to other businesses make up more than half of the GeekWire 200 list, our ranking of top privately-held Pacific Northwest technology companies, and 70% of the top 20.

The investment activity follows a strong first half of 2020 for Seattle and the broader Pacific Northwest startup ecosystem.

Taken together, Seattle’s tech scene is larger than ever and showing no signs of slowing growth or experiencing any sort of “exodus” — in fact, as the data shows, perhaps just the opposite.