LOS ANGELES, CA / ACCESSWIRE / July 18, 2022 / Fans of the classic Inspector Gadget animated series worldwide will have something to get animated about when they can join the bumbling yet beloved detective and become part of his exploits from the series’ most enduring original episodes. Behind the landmark gaming development is Gamisodes, the newly established Southern California-based game publisher and interactive entertainment platform that works alongside major animation studios to transform television episodes into interactive games.

Gamisodes teamed with Inspector Gadget owner, WildBrain, a global leader in kids’ and family entertainment, to adapt the first season of the renowned animated series for the company’s online interactive gaming platform.

THE GAME: Set to launch in early 2023, Gamisodes are fun-for-all-ages, online gamified episodes of your favorite animated shows. In each Inspector Gadget gamisode, a player’s avatar will become a part of the show, seamlessly interacting with Inspector Gadget and friends to take on the bad guys. During the game, players will be able to use Gamisodes collectible cards for an in-game bonus, like a tool, an ability, or even a wearable. There will be many pre-launch opportunities for Inspector Gadget fans and gamers to begin collecting and trading the virtual Gamisodes cards.

THE GAMISODES COLLECTIBLE CARDS:Gamisodes’ Inspector Gadget virtual collectible cards will drop August 12 for trading and use exclusively within the Gamisodes platform. Each unique Inspector Gadget card will come in a digital pack, featuring different gadgets with varying levels of rarity. Beginning July 21, and throughout the San Diego Comic-Con 2022 weekend, fans and gamers can get in on the fun early by redeeming a limited number of free virtual collectible cards at Gamisodes.com. Gamisodes cardholders will also have exclusive access to a variety of perks such as giveaways, SWAG, VIP virtual events in the Gamisodes Discord, as well as a chance to experience a behind-the-scenes Beta version of the first Inspector Gadget Gamisode.

Gamisodes is building on the industry-leading Flow blockchain which is designed to provide fans and players with a safe, secure, and environmentally friendly way to keep, trade, or sell their digital assets. Operating on a Proof of Stake consensus system, Flow uses just 0.18 GWh annually, based on 2021 usage – or in simpler terms, minting an NFT on Flow takes less energy than a Google search or Instagram post.*

Gamisodes celebrates the introduction of its platform with the July 29 worldwide premier of the first-ever remastered classic Inspector Gadget episode, “Haunted Mansion,” from season one of the animated series – debuting in the Gamisodes Discord. First aired in 1983, the episode puts the spotlight on Dr. Claw as he tries to sabotage a crime fighters’ convention held at Count Dracula’s home in Transylvania.

“We are extremely excited to announce the debut of the Inspector Gadget gamisodes and set San Diego Comic-Con 2022 for the official launch of the Gamisodes virtual collectible cards,” said Davis Brimer, Founder and Chief Executive Officer of Gamisodes. “In addition to our prestigious founding team members including Sander Schwartz, Howard Braham and Agnes Garbowska, Gamisodes is privileged to be joined by WildBrain and Flow, two of the most renowned and prolific players in the animation and blockchain industries, in helping to develop our groundbreaking platform. Now, after an extensive development phase, we look forward with great enthusiasm to bringing the Gamisodes platform to the gaming public.”

“From the moment we first saw Gamisodes’ vision for our classic Inspector Gadget episodes, we knew this platform was something very special and that it would generate tremendous appeal with fans of Inspector Gadget. We’re pleased to have Inspector Gadget become the very first world-renowned animated series to join the Gamisodes line-up,” said Caroline Tyre, VP Global Sales & Rights Strategy at WildBrain.

At WildBrain we inspire imaginations to run wild, engaging kids and families everywhere with great content across all media. With approximately 13,000 half-hours of filmed entertainment in our library – one of the world’s most extensive – we are home to such brands as Peanuts, Teletubbies, Strawberry Shortcake, Yo Gabba Gabba!, Caillou, Inspector Gadget, Johnny Test and Degrassi. At our 75,000-square-foot state-of-the-art animation studio in Vancouver, BC, we produce such fan-favorite series as The Snoopy Show, Snoopy in Space, Chip & Potato, Carmen Sandiego, Go, Dog. Go! and more. Our shows are enjoyed worldwide in more than 150 countries on over 500 streaming platforms and telecasters, and our AVOD business – WildBrain Spark – offers one of the largest networks of kids’ channels on YouTube, garnering billions of views per month from over 245 million subscribers. Through our leading agency, WildBrain CPLG, we also license consumer products and location-based entertainment in every major territory for our own properties as well as for our clients and content partners. Our television group owns and operates four family entertainment channels that are among the most viewed in Canada. WildBrain is headquartered in Canada with offices worldwide and trades on the Toronto Stock Exchange (TSX: WILD). Visit us at WildBrain.com.

Flow is the blockchain designed to be the foundation of Web3 and the open metaverse, supporting consumer-scale decentralized applications, NFTs, DeFi, DAOs, and more. Powered by Cadence, an original programming language built specifically for digital assets, Flow empowers developers to innovate and push the limits that will bring the next billion to Web3. Created by a team that has consistently delivered industry-leading consumer-scale Web3 experiences including CryptoKitties, Dapper, and NBA Top Shot, Flow is an open, decentralized platform with a thriving ecosystem of creators from top brands, development studios, venture-backed startups, crypto leaders, and more. For more information, visit www.onflow.org.

Mon Jul 18 , 2022
T.J. Rodgers, the CEO and Chairman of the Board of Directors of Rodgers Silicon Valley Acquisition Corporation, discusses the semiconductor chip shortage and the impact of Chinese tariffs on the U.S. solar industry on ‘Mornings with Maria.’ Nancy Pelosi’s office responded to her husband’s controversial computer chip stock trades ahead […] 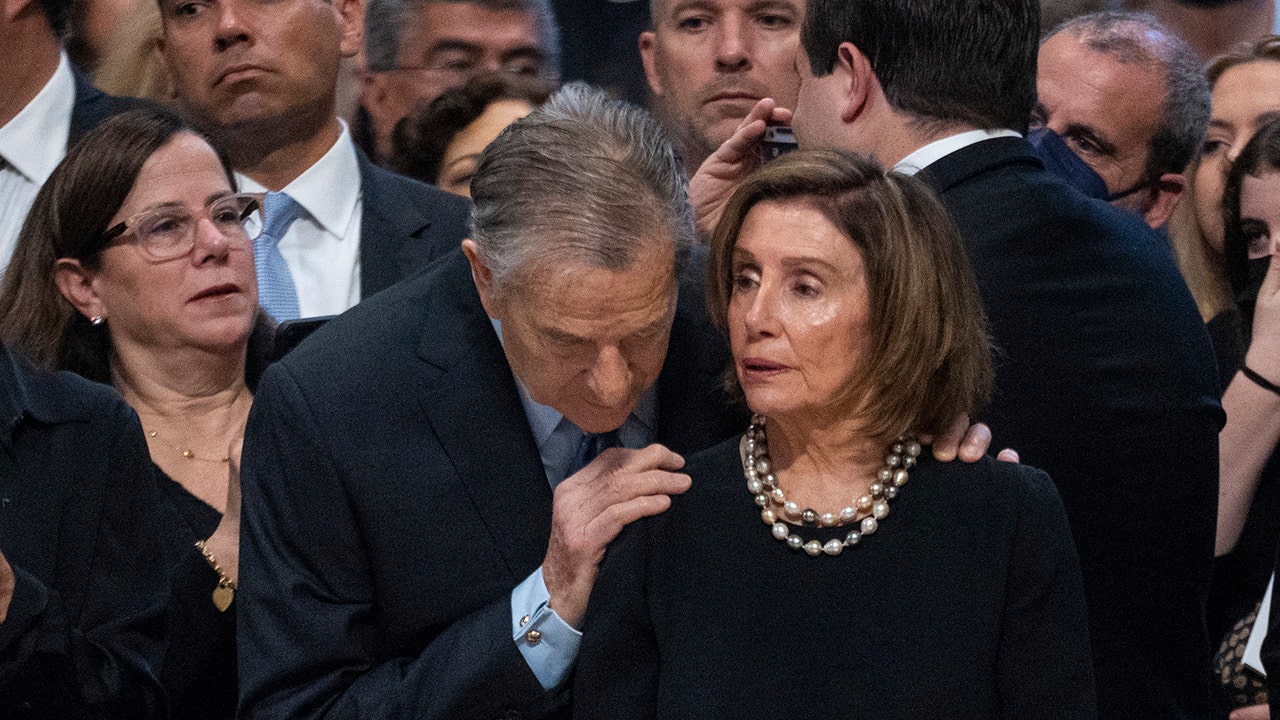