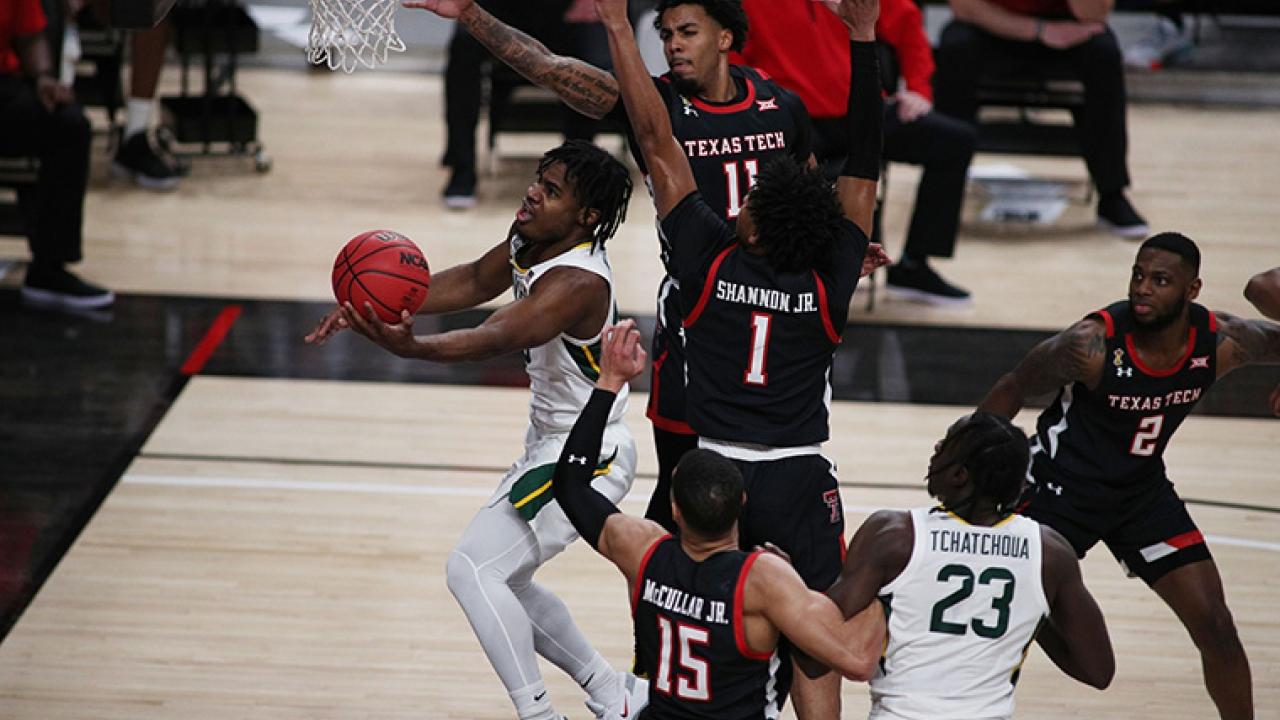 No. 2 Baylor used a late-game surge to hold off No. 15 Texas Tech 68-60 on Saturday, Jan. 16, to remain undefeated. Baylor has won all 12 of their games by at least eight points — the only team in the country to do so.

The Red Raiders hoped to pull off back-to-back upsets against top-5 teams after they beat No. 4 Texas 79-77 on Wednesday. Against Baylor, the Red Raiders trailed 26-18 at the half but managed to grab their largest lead, 37-34, with 13 minutes left in the game.

A Marcos Santos-Silva free throw with 7:11 remaining gave the Red Raiders a 45-44 advantage. But after he missed the second free-throw attempt, the Bears closed the game on a 24-15 run.

Baylor made five straight field goals to not only take the lead, but to add to it. Adam Flager’s (15 points, three rebounds) jump shot with 7:02 remaining put Baylor back in front for good.

Coming into the game, Jared Butler averaged a team-high 16.4 points. But the Baylor star didn’t score his first points until a right-wing triple with 5:03 to play. On the next possession, he drew a shooting foul on a drive to the basket and split the pair of free throws. After a Texas Tech turnover, Butler nailed a step-back 3-pointer to cap an individual 7-0 run. That spark gave the Bears a 56-51 edge with 3:50 left in the game. Butler finished with seven points, five rebounds, four steals and three assists.

Brenden Welper is a graduate of DePaul University. His work has appeared on FanSided and ChicagoTribune.com. You can follow him on Twitter at @BrendenWelper.

The views on this page do not necessarily reflect the views of the NCAA or its member institutions.

The numbers show Baylor is at a huge advantage when the Bears get to draw up a play during a timeout.

Andy Katz’s first NCAA tournament projections of 2021 are out and he’s got 11 Big Ten teams in the March Madness field.

These are the lessons learned from the first men’s college basketball NET rankings for the 2020-21 season.