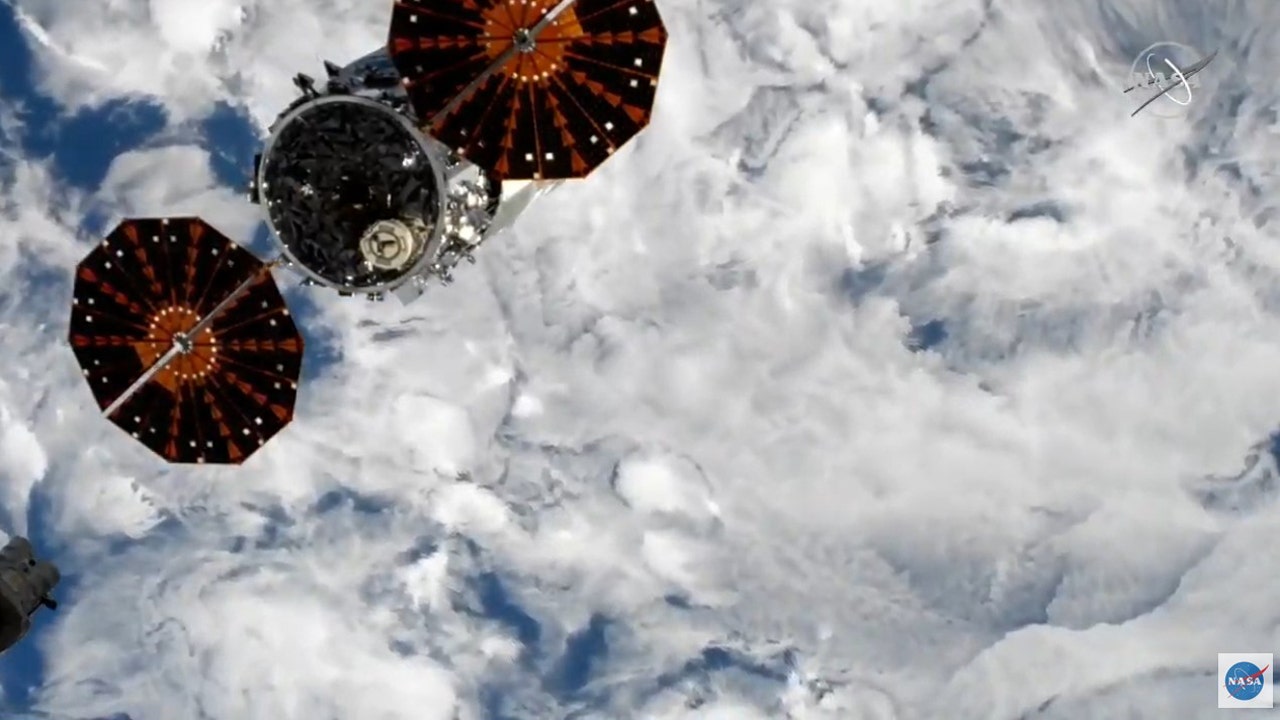 Northrop Grumman’s Cygnus cargo spacecraft undocked from the International Space Station on Wednesday and is set to test new technologies before its fiery destruction when it returns to Earth’s atmosphere.

The uncrewed craft arrived at the orbiting space lab on Oct. 5, 2020, carrying around 8,000 pounds of supplies, research experiments and hardware, including a new toilet. Cygnus undocked from the space station’s Canadarm2 at 10:11 a.m ET over the Eastern Pacific Ocean near the coast of Ecuador. Following its departure from the ISS, the spacecraft will remain in orbit until Jan. 26, testing new technologies known as SharkSat.

The electronic components of SharkSat are focused on the development of Ka-Band software-defined radio (SRB). Ka-band refers to the frequency of the electromagnetic spectrum at which it operates, according to NASA. “As more applications use this spectrum to communicate, some bandwidths grow increasingly crowded,” explains the space agency on its website. “The Ka-Band of the spectrum is currently less crowded and offers data transmission rates that are hundreds of times faster than bandwidths currently in use.”

The Cygnus spacecraft shortly after its undocking from the International Space Station.
(NASA TV)

Cygnus also carries over 4,000 pounds of trash from the space station. After testing the SharkSat technologies during its two-week Earth orbit, NASA explains that Cygnus will “deorbit” and dispose of the trash during its fiery reentry in Earth’s atmosphere, burning up over the Pacific Ocean.

Prior to its destruction, the spacecraft will also conduct a Spacecraft Fire Safety Experiments (Saffire) V, which is designed to investigate major flame growth and material flammability limits in space.