A retired NYPD lieutenant who manages the NYPD sergeants union’s computer systems was among the hordes of President Donald Trump supporters who broke through security barriers and stormed the U.S. Capitol on Jan. 6, 2021, the Daily News has learned.

Video and photos show Daniel Grasser, the retired NYPD lieutenant, and his wife Patricia, on the wrong side of police barricades at the base of scaffolding at the Capitol, feet from a key entrance that was the site of clashes between cops and insurrectionists.

There’s no indication from footage examined by The News that the Grassers actually entered the building.

Grasser, 64, who served in the NYPD for 20 years, wore black with a black knit cap at the insurrection. Patricia Grasser, 63, sported a pink Trump hat, according to video.

Grasser has worked for the Sergeants Benevolent Association as a technical consultant since 2002, the union’s website states. One of his sons is an NYPD sergeant, records show.

Grasser’s Bethpage, L.I.-based company, Bits and Bytes, contracts with the union for roughly $10,000 a month, according to sources. Grasser and his wife founded the firm in 1997, soon after he left the NYPD, records show. He spent much of his NYPD career with the Management Information Systems Division.

As a computer consultant, Grasser has access to internal documents and other sensitive information at the union. He was working for the sergeants’ union at the same time that SBA President Edward Mullins was allegedly using members’ money to fund what prosecutors described as a “lavish lifestyle.”

Mullins is accused of submitting hundreds of phony expense reports, resulting in him stealing hundreds of thousands of dollars from the union he led for 20 years. The prominent police union leader resigned after the investigation emerged. He has pleaded not guilty and is out on $250,000 bond.

The FBI and federal prosecutors in Washington directed The News to a list of people charged in connection with the riot when asked if Grasser had been arrested. Grasser was not on the list.

A spokesman for the Southern District of New York, which is prosecuting Mullins, declined to comment when asked if Grasser was involved in the case.

Mullins’ lawyer Marc Mukasey also did not respond to an email.

The Mullins investigation led to the ouster of SBA Treasurer Paul Capotosto, who federal prosecutors said was not properly scrutinizing expense reports.

Grasser himself did not respond to calls and emails, nor did Patricia Grasser.

Around the union, Grasser is known as a diehard Trump devotee who discussed the QAnon conspiracy theory and told people the 2020 election was stolen for President Biden, a source said. He and Mullins started their NYPD careers together and were previously close.

The social media videos and photos show the Grassers at about 3 p.m. by the scaffolding as rioters were marauding through the halls of the Capitol. Later, Grasser and his wife are seen under a large Confederate flag hanging from the scaffolding.

The News sifted through insurrection video footage and photos with the assistance of online sleuths who call themselves the Capitol Terrorists Exposers. The group’s efforts to identify insurrectionists have been referenced in federal indictments.

The scaffolding and a set of steps next to it were used by rioters who forced their way past police and then smashed windows to get into the building.

Earlier in the day, Grasser and his wife were seen on video around the Washington Monument in a sea of flags, including Confederate flags. Patricia Grasser held a sign reading “Stop the steal” and “Long Island loves Trump.”

Grasser is not the only former NYPD cop to attend the insurrection.

Retired NYPD cop Thomas Webster was found guilty in May of assaulting a police officer during the riot. The brother of an NYPD cop was also charged with attending the riot, writing a friend “I’ll be with ex NYPD and some proud boys,” according to a complaint.

More than 700 people have been charged with criminal offenses in connection with the riot, including entering or remaining on a restricted building or grounds. Most of those charged with trespassing have been accused of additional offenses.

Catch up on the day’s top five stories every weekday afternoon.

Wed Jul 6 , 2022
SAN JOSE, Calif.—NBC Bay Area / KNTV has unveiled a new state-of-the-art news studio that features a number of cutting edge technologies, including 3-D news presentation technologies that are a first for local news. The studio, which is integrated into the station’s content center, spans 2,600 square feet and features […] 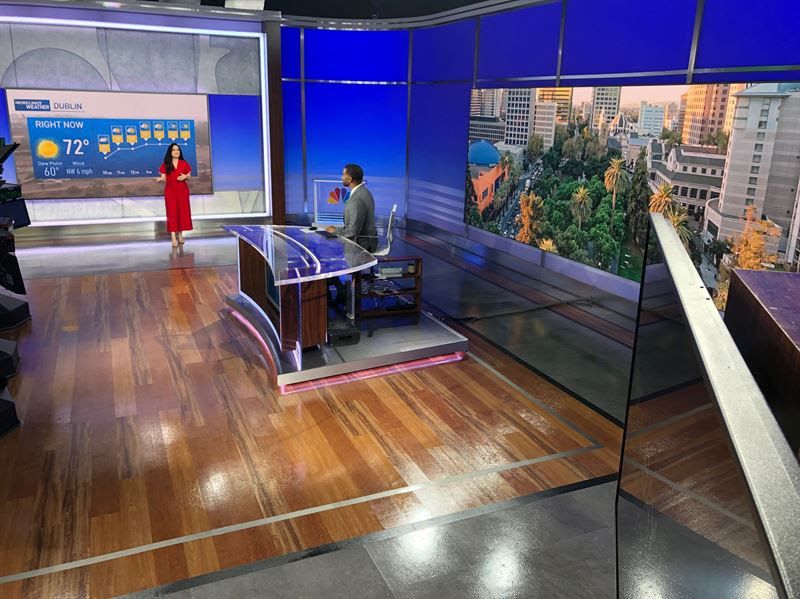