Opinion: The unhackable computers that could revolutionize the future 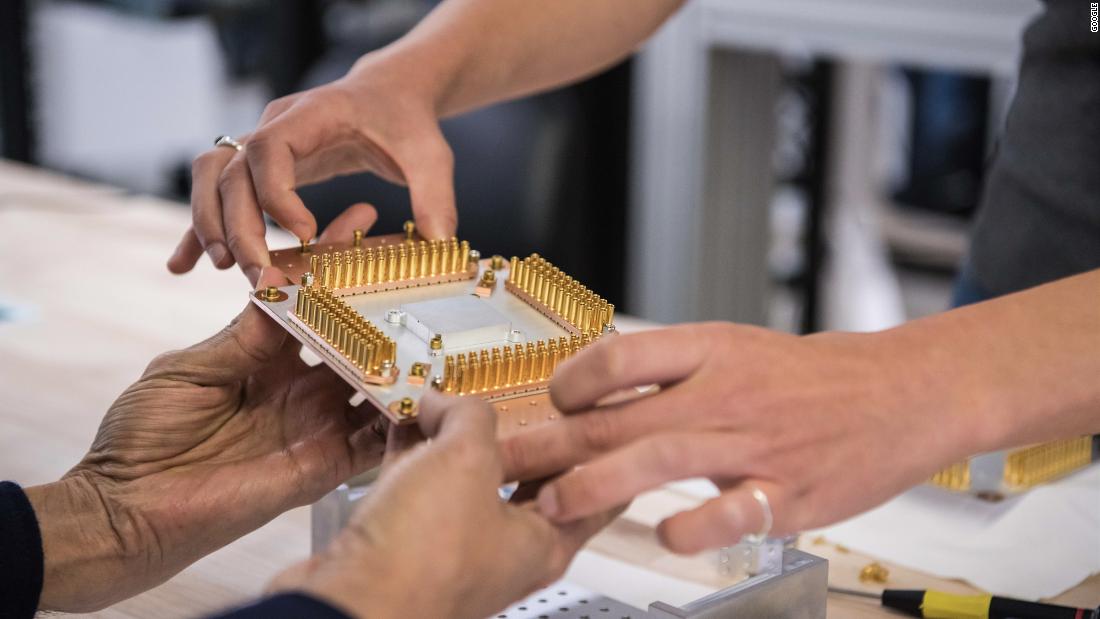 With such mind-bending predictions, it is entirely reasonable to imagine that no useful technology could arise from quantum physics. However, this is not true. Physicists, engineers and computer scientists are trying to harness the counterintuitive behavior of quantum mechanics to build quantum computers, leading eventually to a quantum internet.

Federal agencies have begun to lay out the framework for an American quantum infrastructure. The Department of Energy, for example, plans to link together its laboratories with a quantum internet.

A quantum internet is both similar and different to the ordinary internet. It is similar in that it connects computers, although only quantum ones. It is different because the way these computers interact is essentially unhackable.

Any attempt to intercept a message tell the intended recipient that someone had read it before it was delivered. To comply with the new initiative, the country’s universities and national laboratories have begun to develop the capabilities necessary to make a successful quantum internet.
One such advance was the successful transmission of quantum information announced this month by a consortium of universities, national labs and private industry. This is an important step toward building a quantum internet. (Disclosure: One of the affiliated laboratories is Fermi National Accelerator Laboratory, the facility at which I am a scientist, although I am not involved with this particular achievement.)
Quantum computing differs from ordinary computing in many ways. First, ordinary computers are built around the concept of the bit, which is effectively a switch that can be flipped on or off — what computer professionals call a 1 or 0. In contrast, quantum computers use the qubit, short for “quantum bit.”

Qubits are somewhat like ordinary bits, in that they are measured as 0s and 1s, but in between measurements, they are an indeterminate mix of 0s and 1s. This bit of quantum magic is exactly the same (and just as confusing) as Schrodinger’s cat.

In 1935, Austrian physicist Erwin Schrodinger devised a thought experiment to illustrate the absurdity of a quantum theory called the Copenhagen interpretation of quantum mechanics. The Copenhagen interpretation, named for the city in which it was invented, said that a quantum system could simultaneously be two opposite things until a measurement was performed.
An example of a quantum system is a radioactive atom which, according to the Copenhagen interpretation, is both decayed and not decayed until someone measures it. Schrodinger imagined some radioactive material in a sealed box which included a radiation detector, a hammer, a vial of poisonous gas and a cat. If an atom of the radioactive substance decayed, the detector would record it and release a hammer to break the vial of poison, which would, in turn, kill the cat.

According to the laws of quantum mechanics, until the box is opened, the atom is simultaneously both decayed and not decayed, meaning the cat was both alive and dead. Schrodinger felt this was absurd and claimed that his thought experiment invalidated the Copenhagen interpretation of quantum mechanics.

Yet the idea that quantum mechanics allows for an object to simultaneously be in two opposite configurations is actually true. A qubit in a quantum computer is both a 0 and 1 in a single moment. That sounds impossible, but it’s one of the things that distinguishes the quantum world from our familiar one. Subatomic particles like electrons can be in two places or once or can simultaneously spin in opposite directions. It’s these opposite spins that make up qubits. A clockwise spinning electron is a 0 and a counterclockwise one is a 1 (or vice versa).
The first working quantum computer was demonstrated in 1998. It was very primitive, but it was a baby step. Quantum computing has strengths and weaknesses. For most problems, a quantum computer isn’t really faster than high-end ordinary computers. However, for certain problems — like code breaking — quantum computing leaves regular computers in the dust.
When advanced quantum computers are a reality, they will be able to break codes incomparably faster than currently possible. What would take trillions of years using ordinary computers would take a few seconds with a quantum computer. For example, Google has announced an algorithm that runs a hundred million times faster on quantum computers than ordinary ones.
What’s more, quantum computers not only excel at decryption; they also excel at encryption. Quantum algorithms have been developed that are thought to be unbreakable. It is these cryptographic capabilities that interest both nations and corporations involved in e-commerce.
Of course, perfect quantum computers are not yet available, and may never be. Unlike ordinary computers, in which it is easy to tell if a bit is on or off, in quantum computers, the qubits are very sensitive to their environment, especially heat. Vibrations of the atoms of the computer can destroy the information stored in qubits, requiring that quantum computers be kept at very low temperatures.
While many institutions are developing quantum computers, making a quantum internet requires a way to transfer the information between computers. This is accomplished by a phenomenon called quantum teleportation, in which two atoms separated by large distances are made to act as if they are identical.
A recent advance by the IN-Q-NET consortium, led by Caltech and with many institutional collaborators, has successfully demonstrated long distance quantum teleportation at two test beds, one located at Caltech, and the other at Fermilab, near Chicago. This achievement used commercially available equipment and is an important step in developing a quantum internet.

It is still very early in the history of quantum computing and it is unclear exactly where it is going. Its proponents are very enthusiastic about its future, while others (including myself) view it cautiously. However, there is no question that its codemaking and -breaking capabilities make it an interesting prospect in the landscape of online protection and hacking.

Where will quantum computing be in a decade? It is hard to say. But we have a long history of impressive scientific feats to make us optimistic. In 1783, when Benjamin Franklin viewed the first balloon flight, he was asked what good it was. He replied with the famous quip, “What good is a newborn baby?” And today we fly around the world and are conquering space.

Quantum computing is still in its infancy, but one day it may change the world. We must wait and see.