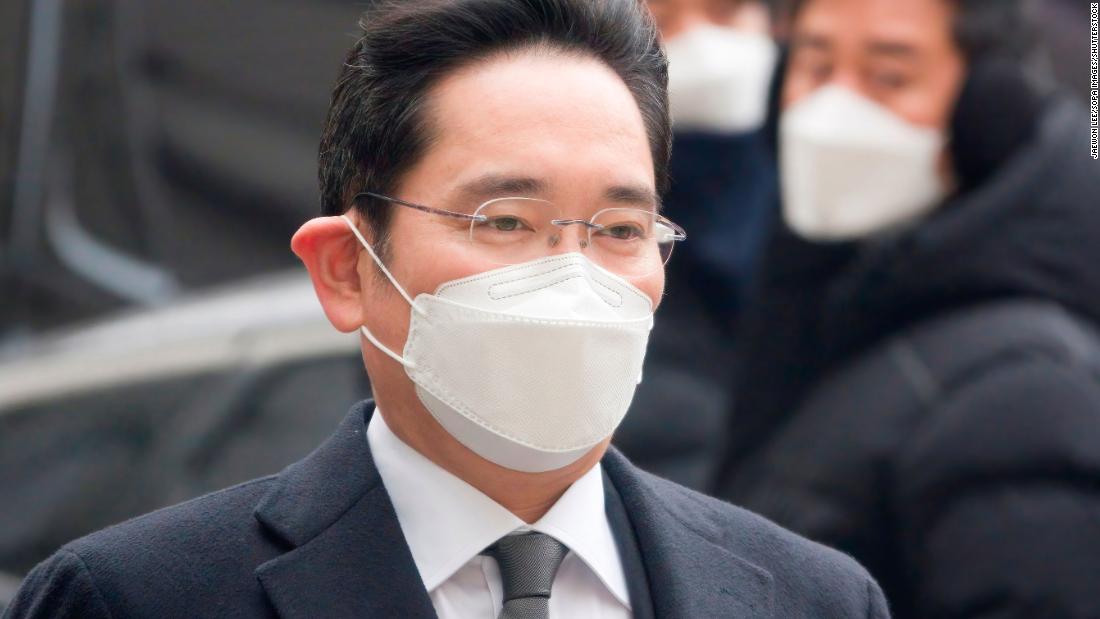 The Seoul High Court sentenced vice chairman Lee Jae-yong, also known as Jay Y. Lee, to 2 1/2 years behind bars on Monday after finding him guilty of embezzlement and bribery. Lee’s lawyer has called the decision “regrettable,” but it’s not yet clear whether he intends to appeal. The legal team representing Lee did not respond to a request for comment Wednesday.

Lee’s prison sentence means the company is losing a key decision-maker at a time of strategic upheaval in some of Samsung’s core industries. China and the United States are caught in a cold war over companies such as Huawei and SMIC, there’s a global shortage of semiconductors and carmakers and tech firms are getting together to shape the future of the auto industry.
The scandal also marks the latest twist in a long line of legal troubles for Lee, who was found guilty of bribery and other corruption charges in 2017 as part of a massive influence-peddling scandal that brought down the government of former South Korean President Park Geun-hye. Lee walked free after less than a year when an appeals court threw out some of the charges and suspended his sentence. But the country’s Supreme Court later ordered a retrial, leading to Monday’s verdict.
Samsung (SSNLF) — South Korea’s largest chaebol, or family-run conglomerate — trades in everything from electronics and theme parks to life insurance. It has been the world’s top smartphone seller for several years and is a key supplier of memory chips and display screens for rivals such as Apple (AAPL) and Huawei.

Lee, meanwhile, has been the company’s de facto leader since his father fell into a coma in 2014. He died last year.

“Lee’s role was in guiding new projects,” said Daiwa analyst SK Kim. He pointed out that the vice chairman has had a hand in big deals at the firm, such as the $8 billion acquisition of Harman International, a US firm that makes infotainment, safety and security systems for cars.

“These are decisions that involve tens of billions of dollars,” Kim added. “In Lee’s absence, Samsung will make conservative decisions in making risky investments.”

The appearance of a leader in prison is also a problem for Samsung, according to Jeff Dongwon Kim, deputy head of research at KB Securities, a Korean investment firm.

“Imagine the global business impact if [Apple CEO] Tim Cook was imprisoned for bribing the US government for millions of dollars,” KB’s Kim said, adding that investing firms have also become more socially conscious in recent years, and may wish to distance themselves from a company tainted by scandal.

The verdict might ultimately have some positive effects, according to Chung Sun-sup who is the chief editor at Chaebol.com, a website that specializes in analyzing Korea’s family run conglomerates.

Analysts have long said that the trading of favors, bribes and political influence between politicians and businessmen is practically endemic in the country.

Lee’s father, the former chairman of Samsung, was convicted of bribery and tax evasion, but avoided prison and received presidential pardons. And other chaebol chiefs have been found guilty of criminal wrongdoing — only to be let off with light sentences and allowed to return to running their businesses.

Sending Lee back to prison might suggest that the country is willing to take the problem more seriously.

“This is the beginning of untangling the corrupt relationship between government and businesses,” Chung said. “It is a good thing for the Korean economy in the long term.”