TAIPEI (Taiwan News) — Digital Minister Audrey Tang (唐鳳) on Monday (Sept. 12) announced that Taiwan is starting to set up a satellite network similar to the use of Starlink in Ukraine as a backup in the event China tries to take the country offline.

During an interview with BaoDao Radio host Clara Chou (周玉蔻), Tang described Taiwan’s “Communication Network Digital Resilience Reinforcement with Response or Wartime Application Emerging Technology Plan,” which is designed to ensure the continued operability of Taiwan communications networks in the event of a war or natural disaster. With the use of non-geostationary orbit (NGSO) satellite systems, Taiwan will be able to ensure that communications services such as video conferencing, Voice over Internet Protocol, and livestreaming, can be maintained, despite damage or sabotage of submarine cables and telephone networks.

Tang pointed out that early on in the Russo-Ukrainian war many fiber optic network cables were badly damaged by Russian forces. In response to the dire need for internet connectivity, Elon Musk provided Ukraine with access to his Starlink network free of charge with Ukrainian government agencies, USAID, European countries, and SpaceX providing many of the terminals to the public.

The digital minister explained that as long as users can “see the sky” they can still access the internet with their Starlink satellite dish. Therefore, Tang said that the Taiwan government is now formulating policies for the adoption of such a network and will begin accepting commercial applications starting in November.

Tang said that because there is no commercial NGSO network currently in operation in Taiwan, the Ministry of Digital Affairs (MODA) will begin installing NGSO equipment at 700 domestic locations and three international locations to conduct testing. Tang predicted that once NGSO services become widely adopted, when a major disaster occurs, users will not need to set them up again, and they can immediately switch to the satellite service to receive all telecommunications, as long as there is a ground station nearby.

According to Tang, regardless of which telecommunications company a user’s mobile phone is tied to, they can be switched to the NGSO network to ensure wireless reception once the infrastructure is in place.

She also emphasized that with the establishment of MODA, it will be easier to promote NGSO services. In the past, similar policies were promoted, but many government agencies such as the National Communications Commission (NCC) and the 5G private network of the Ministry of Economic Affairs had to be coordinated at a high cost. Now with MODA, such decisions can be made in a single meeting, said Tang.

Thu Sep 15 , 2022
NEWYou can now listen to Fox News articles! JERUSALEM – As the Biden administration seeks to temporarily restrict Tehran from building an atomic bomb, a damning new Swedish intelligence report accuses the Islamic Republic of Iran of illegal attempts to secure nuclear weapons technology in the Scandinavian nation during 2021. […] 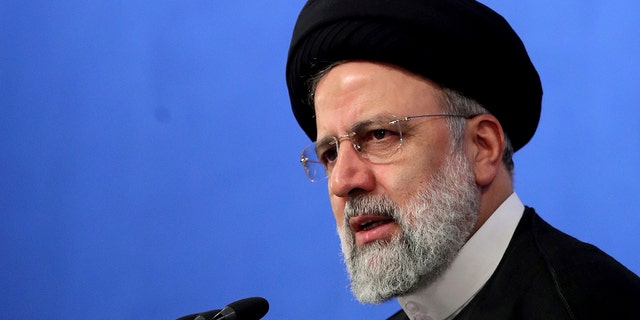