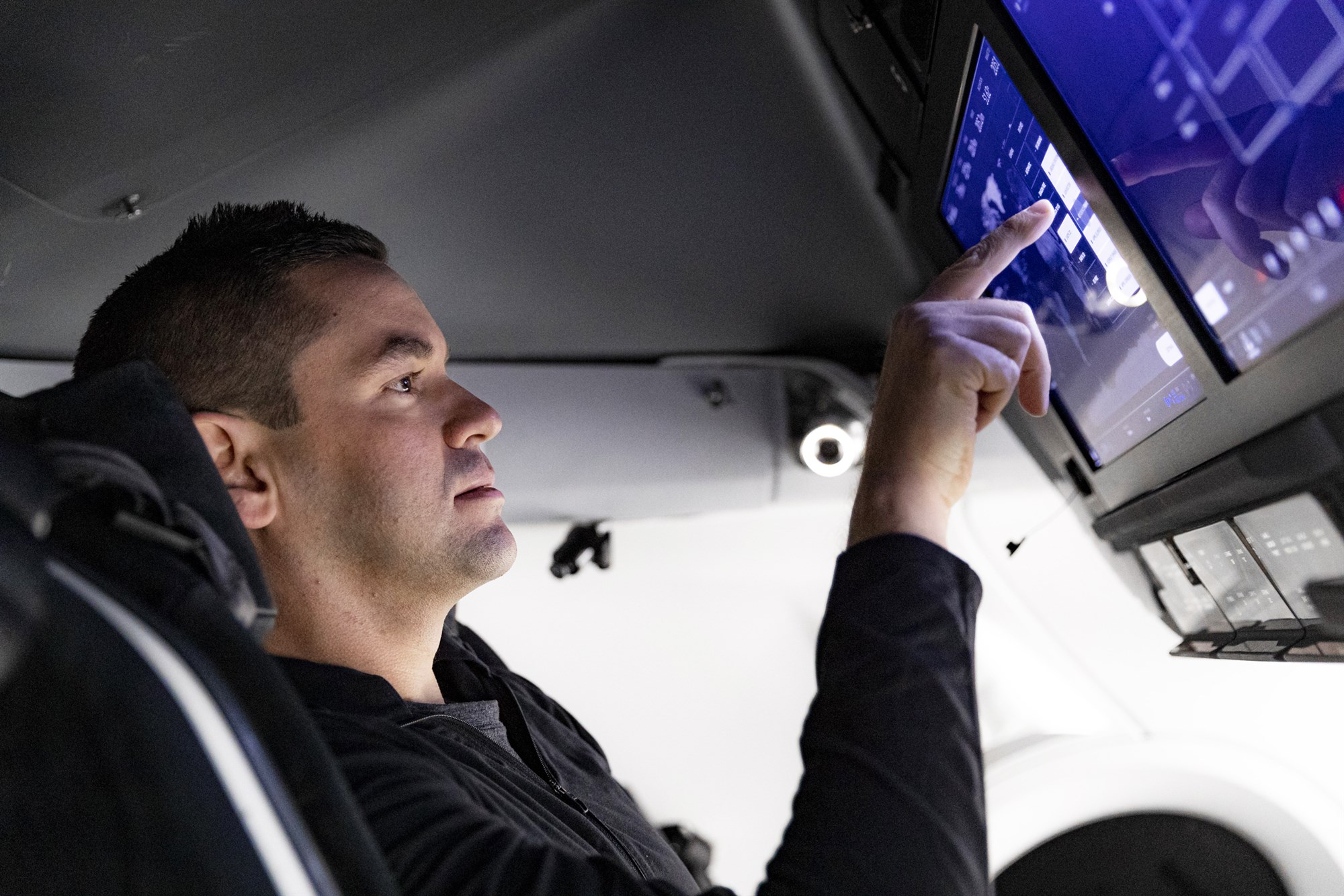 A billionaire CEO who also happens to be a trained jet pilot is buying a days-long flight to orbit aboard SpaceX’s Crew Dragon spacecraft — and he’s setting aside the three other seats for a health care worker, a sweepstakes prize winner and the top tech contestant in a “Shark Tank”-style competition.

That means you, too, could fly to space if you’re lucky, or a techie.

Jared Isaacman, the 37-year-old founder and CEO of Pennsylvania-based Shift4 Payments, will command the Inspiration4 mission, which is due for launch as early as this year and is currently due to last two to four days.

“If you want to stay up longer, that’s fine, too,” SpaceX CEO Elon Musk told Isaacman during a teleconference laying out the details.

The detailed flight plan hasn’t yet been set, but Musk made clear that Isaacman will have the final say. “Wherever you want to go, we’ll take you there,” Musk said.

Just last week, Texas-based Axiom Space announced it would be sending a crew on a privately funded mission to the International Space Station next year on a SpaceX Dragon craft. Inspiration4, in contrast, will be a free-flying mission with no space station stopover.

Musk said he expected flights like the one announced today to usher in an era of private-sector orbital spaceflight.

“This is an important milestone toward enabling access to space for everyone — because at first, things are very expensive, and it’s only through missions like this that we’re able to bring the cost down over time and make space accessible to all,” he said.

.@tomcostellonbc talks to @elonmusk about SpaceX’s newly announced plans to send civilians into space, and tech entrepreneur Jared Isaacman, who will lead the crew.

The mission is part of a fundraising effort for St. Jude Children’s Research Hospital. pic.twitter.com/BQLGbTGkPB

Isaacman, whose net worth is estimated at $2 billion, wasn’t willing to say how much he was paying for the Dragon launch atop SpaceX’s Falcon 9 rocket, plus all the support that SpaceX would need to provide for training, in-space operations and recovery of the spacecraft after its Atlantic splashdown.  He noted, however, that he’s using the mission to raise at least $200 million for St. Jude Children’s Research Hospital in Tennessee, including his own $100 million contribution to the charity.

“What we aim to raise in terms of those funds and the amount of good it will do will certainly far exceed the cost of the mission,” Isaacman said. In addition to the flight costs, Isaacman is buying TV time for a 30-second Super Bowl commercial publicizing the charitable project. (Watch for it during the first quarter.)

Isaacman said one of his crewmates on the trip will be a cancer survivor and a front-line health care worker at St. Jude — a woman whose identity hasn’t yet been revealed. “I know she’s looking forward to the launch as much as me,” he said.

Another seat will be given away in a sweepstakes organized to benefit St. Jude. There’s no cost to enter, but making donations to St. Jude will give entrants more chances to win.

The fourth seat will be set aside for a “Shark Tank”-style competition open to entrepreneurs who use Shift4Shop, the e-commerce platform offered by the company that Isaacman founded at the age of 16. Today, Shift4 is said to handle payments for a third of America’s restaurants and hotels.

Those two spacefliers are to be selected by next month, and will join Isaacman and the health care worker for spaceflight training by SpaceX. Although it’s not yet clear what role NASA will play in the mission, Musk said NASA has been briefed on the project and is supportive.

Isaacman won’t be the first tech billionaire to go into space: That distinction belongs to veteran Microsoft executive Charles Simonyi, who took trips to the International Space Station in 2007 and 2009. But based on his resume, Isaacman is more qualified than most techies to take the controls of SpaceX’s Crew Dragon.

In addition to Shift4, he founded a company called Draken International that specializes in military pilot training and operates the largest private fleet of tactical fighter jets. (Isaacman sold his majority interest in Draken to Blackstone in 2019.)

Although Isaacman didn’t serve in the military, he learned how to fly fighter jets and has racked up more than 6,000 hours of flight time. He’s a veteran of the aerobatic Black Diamond Jet Team, flying under the call sign “Rook.” And a couple of years ago, he bought a vintage Soviet MiG-29 fighter jet from the estate of Microsoft co-founder Paul Allen.

Isaacman pursued an opportunity for buying a trip to space in the wake of SpaceX’s first crewed mission to the space station, which was launched last May. The Crew Dragon that’s earmarked for the Inspiration4 mission has been docked to the space station since last November and is due to return to Earth this coming May.

Isaacman said he considers himself a “true believer” in Musk’s vision for humanity’s future beyond Earth. “I drank the Kool-Aid in terms of the grand ambitions for humankind being a multiplanet species, and I think that we all want to live in a Star Wars, Star Trek world where people are jumping in their spacecraft,” he said.

That’s music to Musk’s ears. “Let’s have fun and inspire the public, and get them fired up about the future,” Musk said.

So when will Musk, who’s arguably the world’s alpha space techie, take his turn? “I’ll be on a flight one day,” he told reporters, “but not this one.”