Tech has the power of nightmares 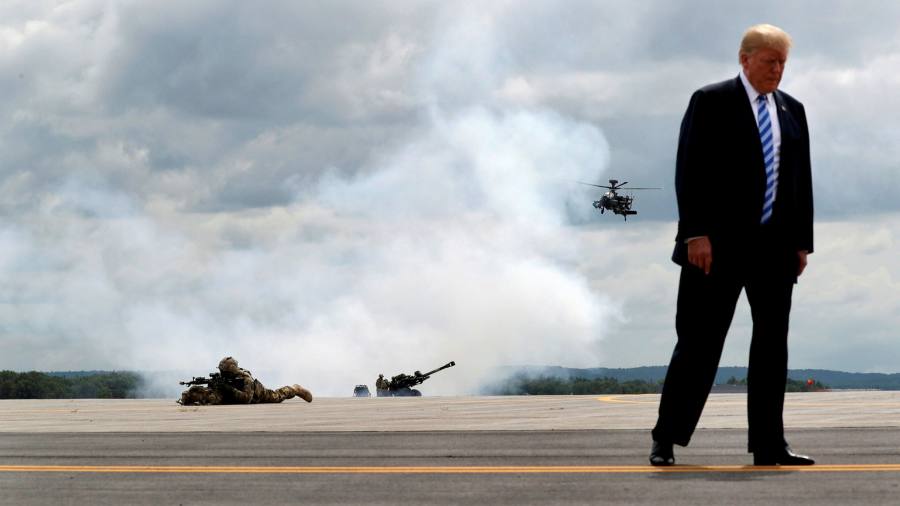 In two days, it will all be over for the Trump presidency. In social media terms, it already is.

Our weekend Big Read looked at how the decision to de-platform Donald Trump last week, with bans by Facebook, Twitter and others, has exposed as never before the contradictions at the heart of social media. It has enormous powers to limit those in power, but where are its own democratic rights to wield them?

The platforms “are having a crisis of legitimacy”, one tech industry insider told us, regarding their attempts to justify their decisions. “As long as Mark [Zuckerberg, Facebook CEO], Jack [Dorsey, Twitter CEO], Sundar [Pichai, Google CEO] or Susan [Wojcicki, YouTube CEO] can arbitrarily decide who can appear on their company’s services and what they are permitted to say, people will not be satisfied that these decisions are in the public interest, rather than corporate commercial interests.”

Big Tech has also acted to crush smaller social media platforms it judges to be inciting violence rather than defending free speech — Apple and Google banning Parler from their app stores and Amazon Web Services refusing to host it (although it crackled back to life elsewhere on Sunday with the CEO posting a message “Hello world, is this thing on?”).

The tech companies face losing their appeal to investors over the political controversy and a hard time avoiding charges of bias and hypocrisy if they fail to hold other leaders elsewhere to account, argues James Bosworth in an FT opinion piece.

There are plenty of potential candidates, he says: Venezuela’s Nicolás Maduro sent mobs to attack Congress when it was controlled by his opponents and then held a fraudulent election last year to have his party take control. Iran’s supreme leader Ayatollah Ali Khamenei has called for violence against Israel.

Yet FT commentator Janan Ganesh maintains TV has done far more damage than social media in polluting civic life (and James Murdoch agrees). Of the US public, 45 per cent cite TV as their main source of political news, according to Pew Research, compared to 18 per cent relying on social media. What used to be a bone-dry recitation of the facts is too often padded out with interpretation, contention and the quest for a story’s “meaning” on TV, he says. “TV news established the idea that what matters about an event is its contested meaning, not its core of facts. Mark Zuckerberg just monetised the contest.”

The Internet of (Five) Things

1. Virgin Orbit achieves orbit
Eight months after a previous test ended in failure, Richard Branson’s Virgin Orbit has put a rocket into space, demonstrating for the first time the feasibility of its “air launch” strategy for space transportation.

2. Audi latest to be hit by chip shortage
Audi will delay the production of some of its high-end cars as it becomes the latest victim of the “massive” shortage of chips sweeping across the automotive industry, according to its CEO. Meanwhile, Renault’s chief has told us its electric vehicle platform “has nothing to envy “ in VW’s, where he used to work.

#techFT brings you news, comment and analysis on the big companies, technologies and issues shaping this fastest moving of sectors from specialists based around the world. Click here to get #techFT in your inbox.

3. Samsung chief sent back to jail
South Korea’s appeals court has thrown Samsung’s Lee Jae-yong back in jail for bribery, in a landmark ruling that will leave the country’s biggest conglomerate without its top decision maker for a year-and-a-half.

4. Arm China chief enjoys windfall
The head of Arm’s China business, Allen Wu, has made a Rmb1.2bn ($179m) gain on a personal investment he made in one of the chip designer’s Chinese clients, after falling out with Arm over alleged conflicts of interest. His windfall came from a 2019 investment in Bestechnic, which designs Arm-based audio chips and listed publicly in Shanghai last month.

5. Deliveroo round values it at $7bn plus
Deliveroo’s valuation shot up to more than $7bn in a new fundraising, in a sign confidence is growing among the UK food delivery app’s investors ahead of its long-awaited stock market debut. Deliveroo said it had raised $180m in new funding from existing investors.

Tuesday: Fourth-quarter results from the major tech companies begin with Netflix reporting after the market close. It is expected to post better than-expected subscriber additions in the fourth quarter as the streaming giant’s original releases brought more viewers during the holiday season amid fresh pandemic restrictions.

Thursday: Intel and IBM are next up, with earnings after the closing bell.

LituFoto’s panel of LED lights (£50) will improve your look on Zoom calls, according to Jonathan Margolis. Set it to its gentlest intensity level and warmest colour temperature, with the light diffuser clipped on, place it a metre or more away, and it’ll bump up the light on your face rather flatteringly, he says. It’s one of seven gadgets he reviews. Others include a bat phone app, the Remarkable smart pad and a hearing earbud.