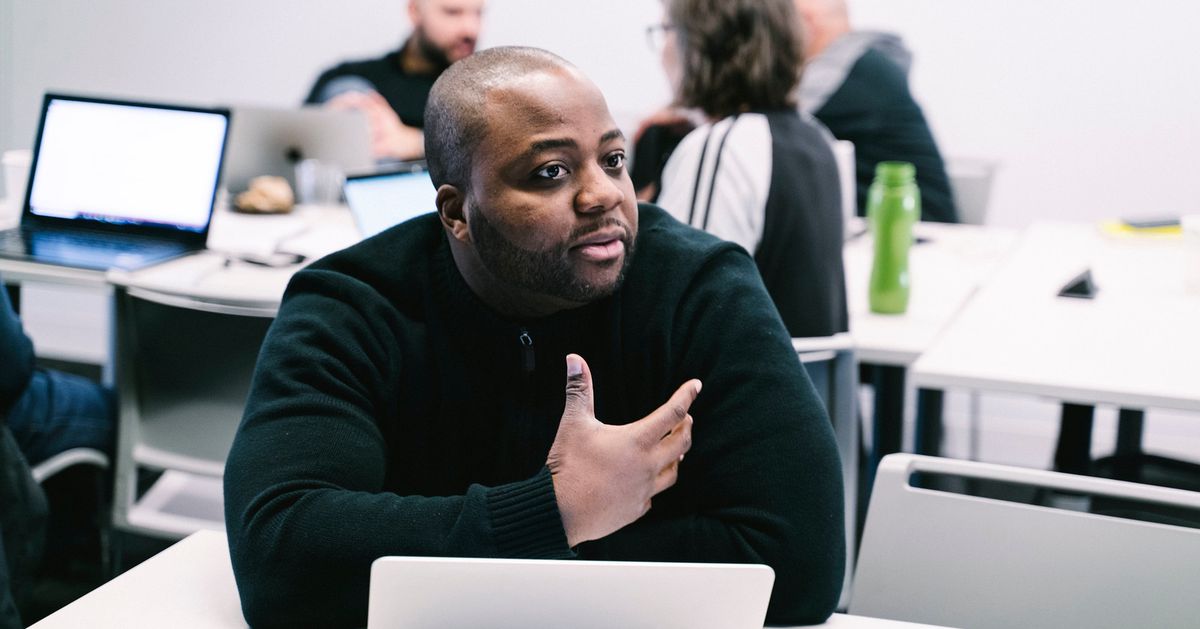 People involved in technology startups like to think of themselves as disrupters. But what happens when the world itself, with a global virus on the loose, disrupts them and their support systems?

They must adapt. Entrepreneurs have to find new ways to connect. Chicago’s 1871, which is dedicated to helping them, has shifted on the fly to replace connections made in its physical space at the Merchandise Mart with digital programs. It’s doing it without losing focus on a mission of improving venture capital’s sorry record of neglecting tech businesses founded by women, Blacks or Latinos.

Betsy Ziegler, 1871’s CEO, said last year’s murder of George Floyd and riots in many cities prompted soul-searching at the group’s highest levels. There were discussions with Black business founders already active with 1871. One outcome of those talks gets started Tuesday.

It’s a 12-week program for Black-led startups called BLK•Tech. With sponsorship from Verizon and the William Blair brokerage, BLK•Tech is built around live digital sessions to help people mostly in the idea phase of starting a business.

Ziegler said the goal is to develop the ideas and get people ready for funding pitches. If the program leads somebody to abandon an idea, that’s OK, too, she said, because participants still will build contacts and gain knowledge. Sessions will include group meetings and one-on-one time with entrepreneurs.

“We want people to feel like they’re moving their idea forward. We also want them to have felt community with one another,” she said.

The pandemic made those connections harder and had some effect on 1871’s revenues, but Ziegler said the 9-year-old organization is determined to help underrepresented groups get more access to tech funding. Last year, it launched programs for Latino and female entrepreneurs.

“We need new companies built now more than ever. They are the fastest source of job growth,” Ziegler said.

Enrollment in BLK•Tech is limited, but 1871 said there were a few spots open as of Friday. The cost to participate is a basic membership level at 1871, $175 per month, which provides access to its ongoing resources. Another BLK•Tech session is planned in September, said Alysha Aubrey Bursey, 1871’s affinities program manager.

“Within the city’s large African American population, there are amazing ideas and a lot of talent and grit,” said Jeff Osuji, a partner in two startups. “But they don’t get the opportunity to showcase that because of a lack of funding.”

Osuji founded Eventnoire, which hosts events that promote Black culture, and MD Newsline, an adviser to health care professionals for racial and cultural issues. With real gatherings verboten, Osuji said he has shifted to virtual affairs.

He said it’s been difficult for years to tackle disparities in how venture capitalists fund startups. “Up until last year, it was a taboo subject. Now conversations are being had on a larger spectrum,” Osuji said.

As a member of a steering committee at 1871, Osuji helped start the BLK•Tech initiative. He’s also working on 1871’s first directory of its Black founders, the people who have launched businesses. It’s due out within a couple of weeks.

Ziegler said 1871 is pressing for more inclusion in tech even while tinkering with its own business model. She said overall membership has held steady during the pandemic, but some users who rent space within the incubator have given it up.

She expects that to rebound quickly when vaccines are common. Unlike many nonprofits that have reduced payroll, Ziegler said 1871 has not had to lay off anyone in its staff of 32.

The incubator space is open but usually occupied by only about 20 people on a given weekday, she said. Before the pandemic, it was a beehive for coding, commiserating and dealmaking.

The silver lining is that digital meetings have made it easier for some people to connect. “We were able to flip to virtual and keep it moving,” Ziegler said. Nobody has to travel downtown, and 1871 programs have drawn participation from people beyond Chicago.

Ziegler speculated that while employees will want more in-person interaction, they won’t give up the convenience of digital events and working from home. As for 1871, “We will be hybrid forevermore,” she said.