Tech Junkie Review: Add a second screen to your PC or laptop 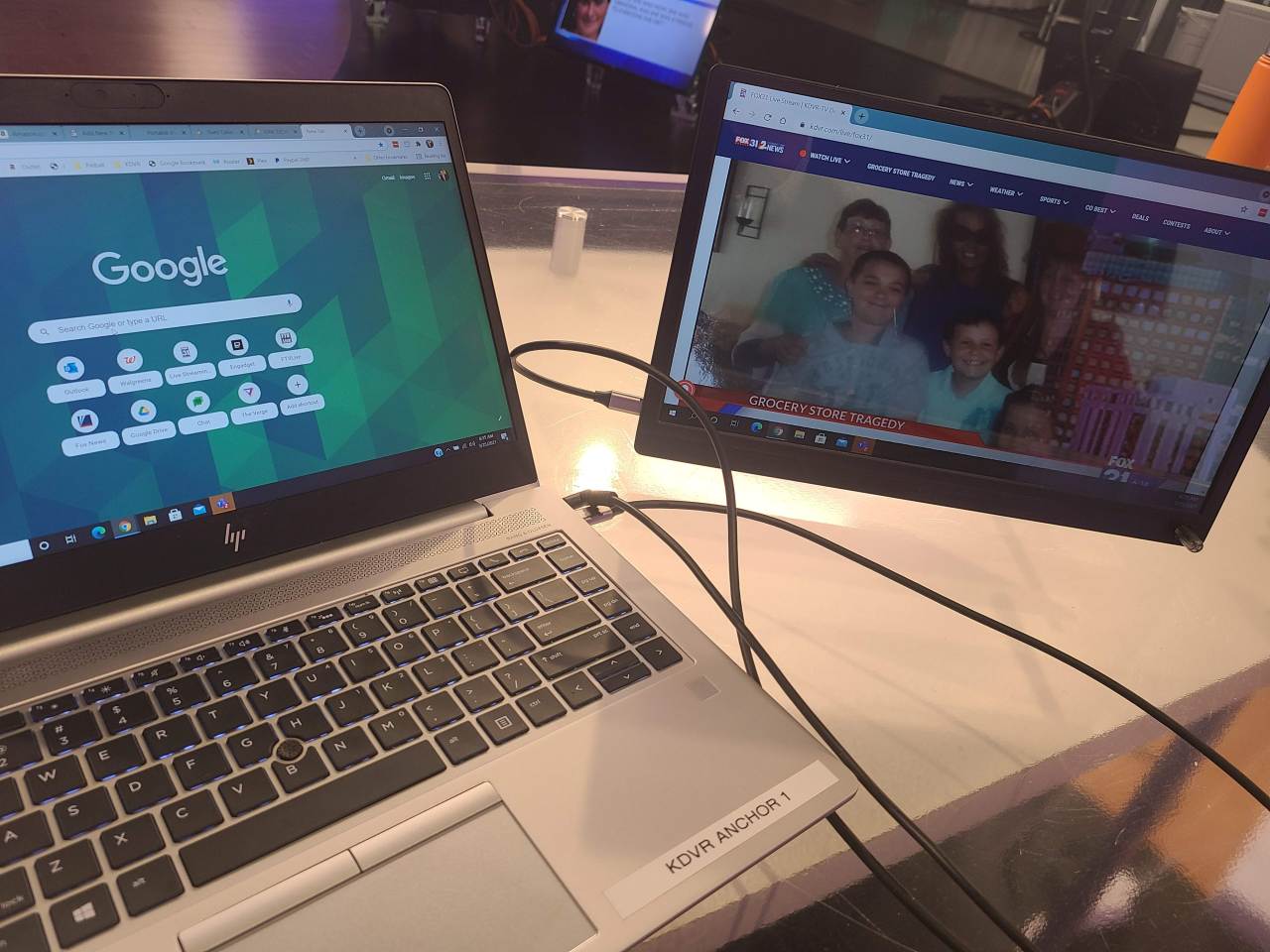 Have you ever wished you just had a little more space on your computer screen? Have them been moments when your smartphone screen just isn’t quite big enough? Portable screens are growing in popularity as a way to add that second screen without buying another full size monitor. I took a new portable monitor from Geoyeao for a test.

The Geoyeao portable monitor is thin, light and looks good. Imagine if you took a laptop and detached the screen from the keyboard. That’s exactly what the Geoyeao portable monitor looks like. It has a large 16″ screen that takes up most of the space on the front side. There is a power button, USB-C port and settings dial along the right side and a mini-HDMI, USB-C port and headphone jack on the left side. Aside from those ports the only other notable thing is the hole in the bottom right corner. This is designed for a pen (included) to go through it and act as a stand.

Included in the box you’ll find the screen, a screen protector, the pen that works as a stand and multiple cables for connecting the screen to your device. You’ll likely use the USB-C connection or mini-HDMI connection to hook up your smartphone or computer.

I tested the screen with various computers using both the mini-HDMI and USB-C plug. I also tested it with my Samsung Galaxy S20 using the USB-C connection. It worked great. The picture is clear and bright. The viewing angle is what you would expect from a typical laptop screen. It looks best when you’re looking at it straight on but is usable at most normal angles.

With my Samsung phone it uses the DEX feature that is built into most newer Samsung phones. It creates a second screen as the phone itself continues to operate as normal. DEX displays a desktop on the screen. You can use a wireless mouse/keyboard or use your phone as a touchpad. It’s a great way to get that laptop experience from a smartphone and a portable screen. The Geoyeao portable screen is the perfect solution for anyone looking to use Samsung DEX on the go.

My biggest complaint about the Geoyeao screen would be the lack of a better stand. The included pen does the job propping up the screen but it also locks you into a single angle. I would love to see some type of swivel built into the back so I can adjust the angle to match the angle I use on my laptop.

With that said, I love everything else about this Geoyeao portable 16″ screen! It looks great, connecting it to a compatible laptop or smartphone was simple and it added that extra screen real estate without adding the bulk of a full sized monitor. This could be a great addition to slide into a laptop bag for that road warrior who needs two screens at the coffee shop or at home but doesn’t want the bulk of a docking station.

The Geoyeao portable 16″ screen is available right now on Amazon for $150.