Tech Stocks Are Trying to Rally Again. Maybe This Time It Will Stick. 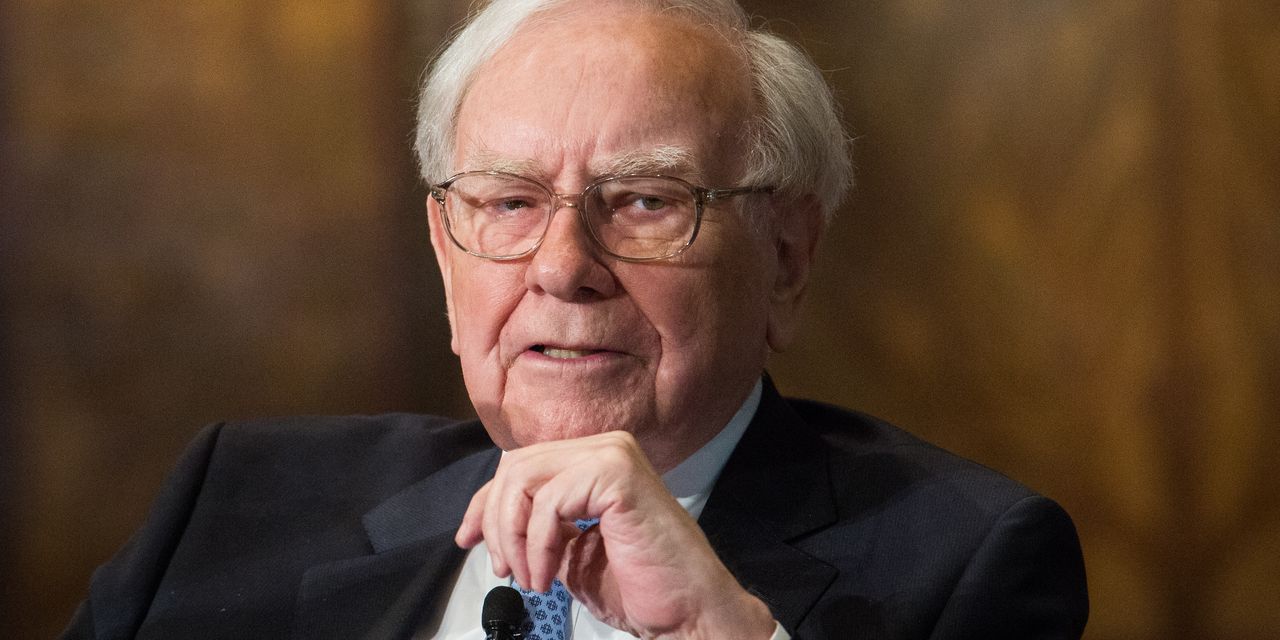 The tech rally fizzled Wednesday. But, as they say, if at first you don’t succeed, try again.

The Nasdaq, however, bounced back in a big way on Tuesday, and looked set to do so again on Wednesday after a benign inflation reading. Rising prices hit high-growth tech stocks harder than most because they usually mean higher rates, and higher rates make funding growth more expensive.

A morning briefing on what you need to know in the day ahead, including exclusive commentary from Barron’s and MarketWatch writers.

It wasn’t to be. The Nasdaq, though, finished the day down 5 points, while the

The Dow has been kicking tech’s tail lately. And the rotation is having some interesting side effects. It has, for one, pushed shares of

to a record high, and in doing so made Warren Buffett just one of six people worth more than $100 billion.

Inflation doesn’t hit Berkshire the way it does tech stocks. A little even helps. It makes it easier for the company to earn money on all the cash and assets it manages as part of its sprawling operations.

Too much inflation, though, is bad for everyone. Thankfully, there’s no sign of that just yet.

President Joe Biden said he will sign the $1.9 trillion Covid-19 relief package into law on Friday, marking his first major legislative victory. “This bill represents a historic, historic victory for the American people. I look forward to signing it later this week,” he added.

What’s Next: The $175 billion global gaming sector is poised to reach $300 billion in sales by 2035. To put that in context, “that’s larger than the Hollywood movie and film industry,” Pedro Palandrani, a research analyst at Global X, told Barron’s.

Nearly a year ago, the pandemic cut short the ski season as

closed its North American mountains. This time around, Vail is extending the season.

Senators are already working on President Joe Biden’s next legislative priority, a major transportation package at the heart of Biden’s “Build Back Better” plan, with the aim of getting the entire bill passed with Republican support by the end of September.

What’s Next: Carper has asked for input from governors and their transportation departments by March 19, with the aim of having the proposal clear the Environment and Public Works committee by the end of May. Sen. Joe Manchin (D., W.Va.) has said he will only support the bill if it’s paid for by tax increases.

The engine-maker and supplier of parts to the airline industry announced a worse-than-expected £4 billion ($5.6 billion) loss for 2020, but said it is still confident it can turn cash positive in the second half of this year, provided air travel picks up as forecast.

What’s Next: Investors focused on the hopeful tone of East’s presentation and shares rose nearly 2{3c6be4297db6c6dead22aac82e61edad92a520b73a55778b8446ff6b78406501} in early trading in an overall stable London market. But the amount of the loss, way above the £3 billion expected by analysts, shows the extent of the damage that the air travel slump has brought to related industries.

There has never been a time in America’s history where a majority of Black Americans were homeowners.

And over the past year, matters have gotten worse for Black Americans. Research has shown that layoffs amid the Covid-19 pandemic were more likely to cause housing instability among Black and Latino workers than among white workers. People of color were far more likely than their white peers to face challenges making their monthly rent payments throughout the coronavirus emergency.

Owning a home is one of the main drivers of wealth in this country, particularly across generations, which makes increasing Black homeownership a critical goal in addressing the overarching racial wealth gap. A new report from the National Community Reinvestment Coalition calls for setting a goal of 60{3c6be4297db6c6dead22aac82e61edad92a520b73a55778b8446ff6b78406501} Black homeownership over the next 20 years.

As part of MarketWatch’s Value Gap series, MarketWatch spoke with Dedrick Asante-Muhammad, chief of race, wealth and community at the National Community Reinvestment Coalition, and Joshua Devine, the organization’s director of racial economic equality, to gain insight on what factors have contributed to the lower rates of homeownership among Black Americans and what policies could address them.