Tech Trends For 2021-Batteries And Bitcoin 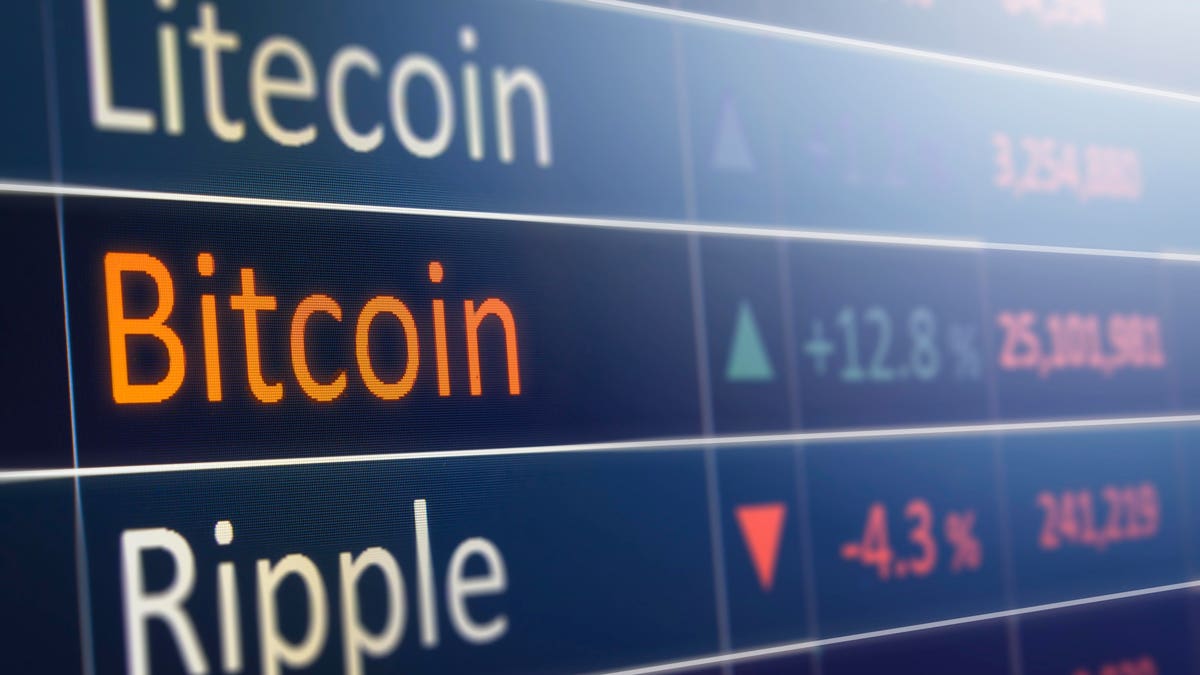 Almost everyone will be happy to see the curtain close on 2020 and hopefully enjoy a much better year in 2021. For investors, that means searching for new growth opportunities.

Though technology will likely remain attractive going forward, it’s probably best to look beyond some of the usual suspects, like the FAANGs and Tesla TSLA﻿, which already have steep valuations. Here are three tech trends to watch in the year ahead.

Now that Tesla has succeeded in advancing sustainable transportation, every other car company faces an existential threat if they don’t begin to play catch up. This is why some of the biggest names in the industry are investing so heavily in this area. But competitors have a lot of work to do, having already been lapped by Tesla.

That gives Elon Musk the luxury to be aggressive in his other business lines. The one with the most upside is batteries. Tesla has already developed a battery cell that is not only several times more powerful than anything on the market but has the potential to be much more cost-efficient.

If the company continues to make progress with its battery technology, it will be a game-changer, both for its current line of cars and a host of sustainable energy products. Even so, it wouldn’t be just unrealistic to expect Tesla’s stock to continue to grow at the same rate it has since late last year – it would be foolish.

Therefore, consider companies that will ride its coattails, including other battery and EV makers, along with commodity and chemical companies involved with battery technology that will serve the company’s rivals.

Many such firms are based in Asia. Domestic investors can access them through the Global X Lithium & Battery Tech ETF, which includes high-potential firms such as Korean-based LG Chem; Chinese battery-makers CATL and BYD (the latter of which also makes EVs); Panasonic in Japan and the U.S.-based chemical manufacturer Albemarle.

It’s not so much that the FAANG stocks will collapse, but the continued attack on Big Tech, from both rivals and governments pursuing anti-trust suits, will open up investment opportunities with other firms. What’s more, individuals can only concentrate on one technology platform at a time, and there are now more new attractive platforms than ever.

Many people, for instance, have begun to use Twitter to search for news instead of Google GOOG﻿ and Facebook is struggling to fend off the rise of TikTok as the go-to social media channel among young people. Meanwhile, Disney Plus and HBO Max are shaping up as worthy foes for Netflix NFLX﻿ in the streaming wars.

Beyond that, video games are increasingly becoming social media platforms. If Epic Games can triumph in its ongoing battle with Apple AAPL﻿ over gatekeeper fees, it could have a profound impact on how we access mobile-based software-as-a-service businesses.

Even Amazon AMZN﻿ is vulnerable. Walmart WMT﻿, the biggest retailer in the world, has made real headway in its digital efforts with the successful launch this year of its Walmart+ offering.

Also, Chewy.com has emerged as an e-commerce leader in pet-focused retail goods, while consumers shopping online for luxury furniture can find better items buying directly from RH (formerly Restoration Hardware). And Shopify allows more small shops to sell online without relying on Amazon, which competes with such brands.

Bitcoin has spiked again this year, up over 200%. For the first time, major financial firms are validating it, while many large, institutional investors are beginning to take the cryptocurrency more seriously than ever before. The CEO of BlackRock BLK﻿, the world’s largest asset manager, said recently that Bitcoin one day could evolve into a global market asset.

Payment companies like Square SQ﻿ and PayPal ﻿PYPL﻿ have implemented protections to offset the inherent risks associated with accepting an asset that has historically endured volatile price fluctuations and traded on exchanges that have suffered embarrassing cybersecurity breaches. Square perhaps has the most potential, thanks to its relationships with thousands of merchants, as well as the over 20 million who use its Cash App, where consumers can now buy Bitcoin.

This sets the stage for Amazon and Shopify to follow suit and allow Bitcoin transactions eventually. When that occurs, it will create a clearer path toward a real economic system revolving around Bitcoin.

All of this will lead to steadily rising and more stable prices. The bottom line is that, as a long-term portfolio diversifier, Bitcoin finally makes sense for many investors.

There is no denying that 2020 brought the unexpected, to say the least. So, although I believe very strongly in battery technology, Bitcoin and challengers to the FAANGs, I also recognize that literally anything could happen in 2021.

What we do know is that disruptions caused by the coronavirus have spawned a huge amount of innovation, seeding a crop of new leaders in tech that haven’t just survived – they have thrived. So, while we hope that by the end of 2021 we’ll have some semblance of our former lives back, many of the tech innovations they have spawned are here to stay.

Ross Gerber is CEO and President of Santa Monica, Calif-based Gerber Kawasaki Inc., an SEC-registered investment advisor with approximately $1.5 billion in assets under management as of 12/15/2020. Gerber Kawasaki clients, firm and employees own positions apple, amazon, Shopify, Global X Lithium ETF, PayPal, Square amazon, Walmart and Tesla. Please seek guidance from an investment advisor before making any investment. All investments involve risk and may not be suitable for your situation. Follow Twitter: @gerberkawasaki Website: Gerberkawasaki.com