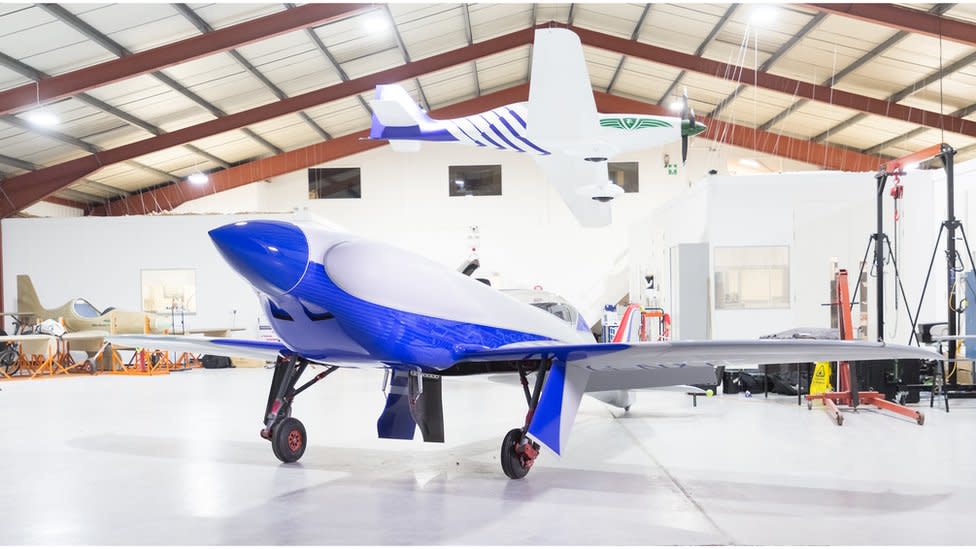 Next year could be uncomfortable for the bosses of the world’s biggest technology firms. Efforts are accelerating to curb the power of Facebook, Amazon, Apple and Google owner Alphabet.

Authorities, particularly in the US and Europe, are already getting tougher over competition issues and that is likely to be a key battleground in 2021.

However, if your technology concerns are a bit closer to home, next year might also have developments for you. Get ready for more technology and services to make homeworking easier and more secure.

For more on that, and tech trends in aerospace and retail for 2021, read on.

In the final weeks of 2020 large clouds rolled into view for Google, Facebook, Amazon and Apple, which could make 2021 an uncomfortable year.

Earlier this month, US federal regulators and more than 45 state prosecutors sued Facebook, accusing the social media company of taking illegal actions to buy up rivals and stifle competition.

In the UK, the Competition and Markets Authority proposed a legally binding code of conduct and recommended that a new Digital Markets Unit be given the power to impose significant penalties.

The tech sector will be very keen to see how the administration of President-elect Joe Biden handles Big Tech.

In the past Mr Biden has been extremely critical of big tech firms, in particular Facebook.

In a New York Times interview in January he said that a key piece of legislation that protects social media firms, Section 230, should be revoked. Section 230 says that social media platforms are not generally responsible for illegal or offensive things users post on them.

In addition, some would also like to see the big tech firms broken up, in particular Amazon, Google and Facebook. Google is already under pressure. In October the US government filed charges accusing it of violating competition law to preserve its monopoly over internet searches and online advertising.

In their defence the firms say they operate in competitive industries and supply services that are only possible from very big firms.

As well as competition, the US could see action on data privacy. California already has a data privacy act, but there is pressure to have a national policy.

It has been a horrible year for the aerospace industry. One of the industry’s biggest customers, the airline sector, is cancelling or delaying orders as carriers cope with a collapse in air travel.

Despite that horror show, both companies say they are committed to research and development, in particular developing planes that have a much smaller impact on the environment. In September, Airbus unveiled three concept hydrogen-powered designs.

The so-called Eurodrone is due to start flight testing in 2025.

It’s also been a disastrous year for many retailers. The trend towards online shopping went into overdrive, as customers were stranded at home during lockdowns.

Retailers that survive may face a new technology in 2021.

It’s been reported that Amazon will expand its Go store chain – shops that don’t have a checkout.

For customers it would speed up shopping as they can pick up the products they want and just leave the store. A clever combination of cameras and artificial intelligence tracks what they have taken and bills them when they leave.

More than 20 stores are running in the US and the company is expected to start opening Go stores in the UK in 2021, although the online giant has not announced those plans yet.

As well as saving money on the space needed for checkouts and the staff to run them, Go-style shopping also minimises contact with surfaces, which could be an attraction in a post-Covid world.

According to Max Hammond, a senior director and analyst at Gartner, UK grocery chains are going to be monitoring how customers respond to the technology and considering whether to take it up themselves.

“Does the customer experience warrant the expense for these retailers? At the moment, I think that’s a tricky business case for them to come up with even though we’re seeing a lot of proofs of concept,” he says.

It looks like working from home is here to stay. According to a survey conducted for CCS Insights, 60% of business leaders in Western Europe and North America expect at least 25% of their workforce, and in some cases all of their staff, to work at least partly from home – even when the pandemic is over.

Many big firms have already committed to homeworking. In October, Dropbox said all of its staff could work from home and Twitter has the same policy. Microsoft and Facebook have also said a significant number of their staff can permanently work from home.

That is a juicy new market for tech firms to exploit. You can expect more special work from home packages to be offered by internet service providers and other tech firms.

“Security is definitely part of our predictions when it comes to working from home activity, and that could be a package. Not just an extra line, but maybe a separate router, maybe a router with security, maybe some other services on top, even things like IT support because a smaller company might not have a remote IT support person,” says Marina Koytcheva, vice-president of forecasting at CCS Insights.

Watch out as well for extra features when it comes to software to help people collaborate while working from home. So-called digital whiteboards like Miro and Mural have seen a surge in popularity – Mural has added more than a million active users this year.

Its technology gives staff a visual representation of a project that everyone can add to.

On the streets of Phoenix, Arizona more than 300 cars are operating by themselves, collecting and dropping off passengers with no human driver at the wheel.

It is part of the Waymo One service which, in a first for such an autonomous service, was opened up to the public in October.

With the backing of Google’s parent company Alphabet, Waymo is leading the way in autonomous cars in the US and in 2021 it plans to extend the service in Phoenix and beyond.

“As we continue to gradually scale up our capacity, we will open up our service to more riders through a fully public app. We look forward to making Waymo One available to more people in more places too,” a Waymo spokesperson said.

Rivals are not too far behind. Cruise, which is owned by General Motors, is testing its service in San Francisco, a city where the weather and street layout is more challenging than sunny Phoenix.

In October Cruise received permission to test its autonomous cars without a human driver as backup and the plan is to launch an autonomous service like Waymo’s, but the company has not said when that might be.

Lyft is also testing its autonomous cars in San Francisco. It is thought to be further behind Waymo and Cruise.

Meanwhile, in December Uber ditched its attempt to develop its own self-driving cars. The firm sold its autonomous vehicle division to Aurora Technologies, which is backed by Amazon, as it focuses on its taxi and food delivery services.

In China, AutoX is leading the way. Earlier this month, its fleet of 25 cars in Shenzhen began testing without safety drivers or remote control.