Tech unions in Silicon Valley have been rare. Here’s why that’s changing 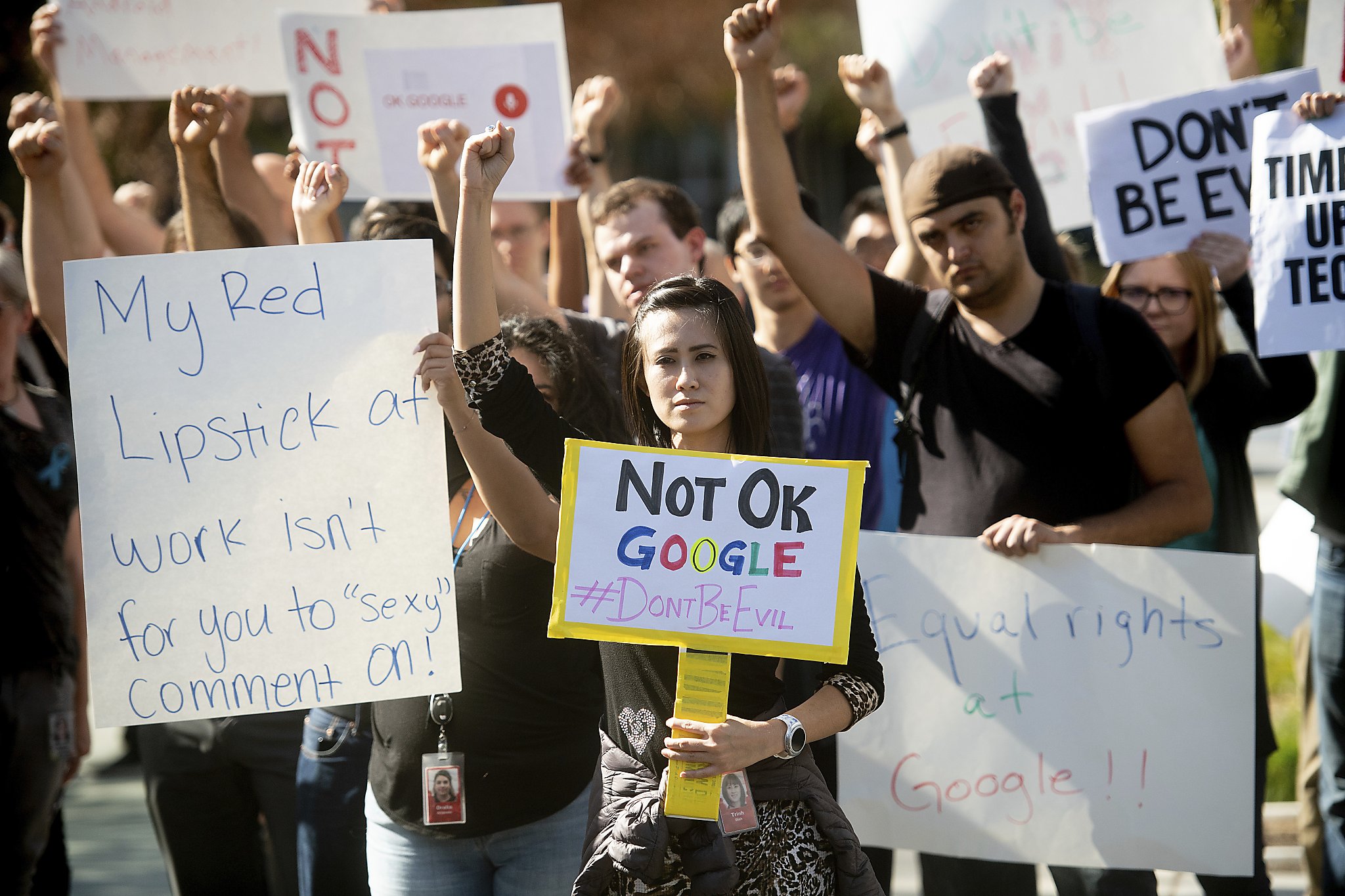 As a handful of chipmakers sprouted up in the Valley of Heart’s Delight, the seeds of what would become Silicon Valley were planted. It was the heyday of organized labor, but unions were strong in San Francisco and the East Bay, not the South Bay or Peninsula. That suited the founders and backers of the new ventures just fine — as well as the engineers who would flit from one startup to the next, rather than make a career at a single company. Technology and unions rarely mixed — even though some of the companies would grow quite large and include factory operations churning out chips and other hardware.

Over half a century later, the labor pool of Silicon Valley is still highly liquid, with skilled coders bouncing from Google to Facebook to Pinterest to Dropbox. But now, some of the Bay Area’s knowledge workers — historically hard to organize — are embracing unions.

It was remarkable when several hundred workers from Google’s parent company, Alphabet, announced the formation of a union last week. Cafeteria workers, security guards and bus drivers serving tech companies have unionized, but a tech company’s rank and file organizing itself was rare in the industry’s heartland.

“Tech saw itself as a different type of corporate environment,” said Margaret O’Mara, a professor at the University of Washington and historian of Silicon Valley. Instead of three-piece suits and corner offices, early chipmakers modeled workplaces on non-hierarchical engineering labs that “saw unions as a sign that you were doing something wrong as a company,” she said.

Then as now, tech required rapid hiring and drastic cuts to the workforce as demand for products quickly shifted. Critics of unions say the labor organizations make such changes more difficult.

To ward off unions, companies offered competitive pay and benefits, even to early workers assembling chips and devices on factory floors. “That was the trade-off,” O’Mara said. It was an approach that gave workers a shared stake in a company’s success.

Such practices have been largely effective in preventing large-scale unionization in the skilled tech workforce.

What else was there to demand when good pay, free shuttle buses, catered meals and myriad other perks abounded, not to mention the promise of changing the world?

The pandemic may well have unlocked employees’ grievances, with those perks an increasingly distant memory. It may also have made it easier for employees to organize discreetly using the kind of secure digital tools they build at their jobs.

The new group at Alphabet, called the Alphabet Workers Union and affiliated with the Communication Workers of America, is a different sort of union. While most workers band together to demand better pay and working conditions, the Alphabet union instead seeks to organize workers around issues from fighting gender-based and racial discrimination to policing the ways they see the company as straying from its original “Don’t be evil” slogan.

Google did not respond to a request for comment for this story. In response to the union’s formation earlier this week, the company said it had always strived to create a supportive workplace and respected workers’ labor rights.

The communications union is attempting to make broader inroads in tech organizing.

“Companies in the technology and game industries have gotten away with avoiding accountability for far too long,” CWA President Chris Shelton said in a statement. Other tech union efforts will likewise focus on workplace issues, the organization said.

Workers typically organize a majority and ask their employers to voluntarily recognize the union. Failing that, they can ask the National Labor Relations Board to hold an election so they can bargain as a collective.

Because the Alphabet Workers Union is a so-called “minority union” — only a few hundred Alphabet workers have signed on — it does not have the power to negotiate a contract. For now, workers hope to organize across the company to bring the culture of the company more in line with their values.

There is no telling whether the model will take hold at other companies in the valley. But skilled workers have been ratcheting up pressure in other ways, from contentious question-and-answer sessions with top management to walking out the door. Unemployment in tech remains low, despite the broader economy’s doldrums.

The organizing effort comes amid a rising swell of workplace unrest at Google and other companies.

Reports of a generous exit package for an executive accused of sexual harassment led thousands of Google workers around the world to walk out in 2018.

The union spoke out against YouTube, a Google subsidiary, on Thursday for not doing enough to fight misinformation posted by President Trump after a riot inside the Capitol on Wednesday left five dead.

Facebook employees have increasingly pressured CEO Mark Zuckerberg to take action against abuse of the social network, including Trump’s recent posts. Facebook did not respond to an emailed request for comment.

San Francisco cryptocurrency exchange Coinbase has been rocked by workers demanding the company take a stronger stance on the Black Lives Matter movement.

Unions may be a new frontier for the coders and engineers of the tech world, but not for the other workers who make their campuses run.

Many bus drivers, security guards and cafeteria workers are unionized. That — as well as the generous continuation of pay and benefits by tech companies throughout the pandemic — has kept some of those workers employed during the pandemic, even though the campuses where they work are almost entirely shuttered.

Unite Here Local 19 has organized cafeteria workers across Silicon Valley for years, not always without a fight. Enrique Fernandez, the business manager for the chapter, said he got his start organizing IBM cafeteria workers in the early 1990s.

Some of those efforts resulted in protests and battles with management, including at Intel when the union sought to organize cafeteria workers there. Intel pushed back, although workers eventually won recognition.

Bay Area cafeteria workers at Google, Facebook, Cisco, Nvidia and Verizon’s Silicon Valley campus are all part of the union as well. Most of those workplaces are shut down because of the pandemic or barely operating. Yet most workers are still getting pay and benefits, with the exception of those at Verizon, who lost them in September, according to Unite Here.

A Verizon spokesperson did not respond to an email seeking comment.

A local Teamsters union chapter has organized many of the shuttle bus drivers who once crisscrossed the region carrying workers to the offices of Apple, Salesforce, Facebook, Genentech and others.

“About 35% to 40% of our employers are still paying our employees for being off,” said Teamsters Local 665 President Tony Delorio.

“The employers themselves want to keep these folks employed because when the (work) comes back they don’t want to lose these guys,” Delorio said.

He said biotech companies like Genentech have continued running routes to and from campuses on the peninsula although with fewer people on them. Apple has continued to run some shuttles as well, Delorio said.

The Teamsters also recently organized workers at electric scooter company Spin and are looking to expand membership in the Bay Area, Delorio said.

With increasing dissatisfaction among big tech’s workforce, the Alphabet union suggests the unrest may be entering a new phase. “With each unionization in tech, the power shifts,” said CWA communications director Beth Allen.