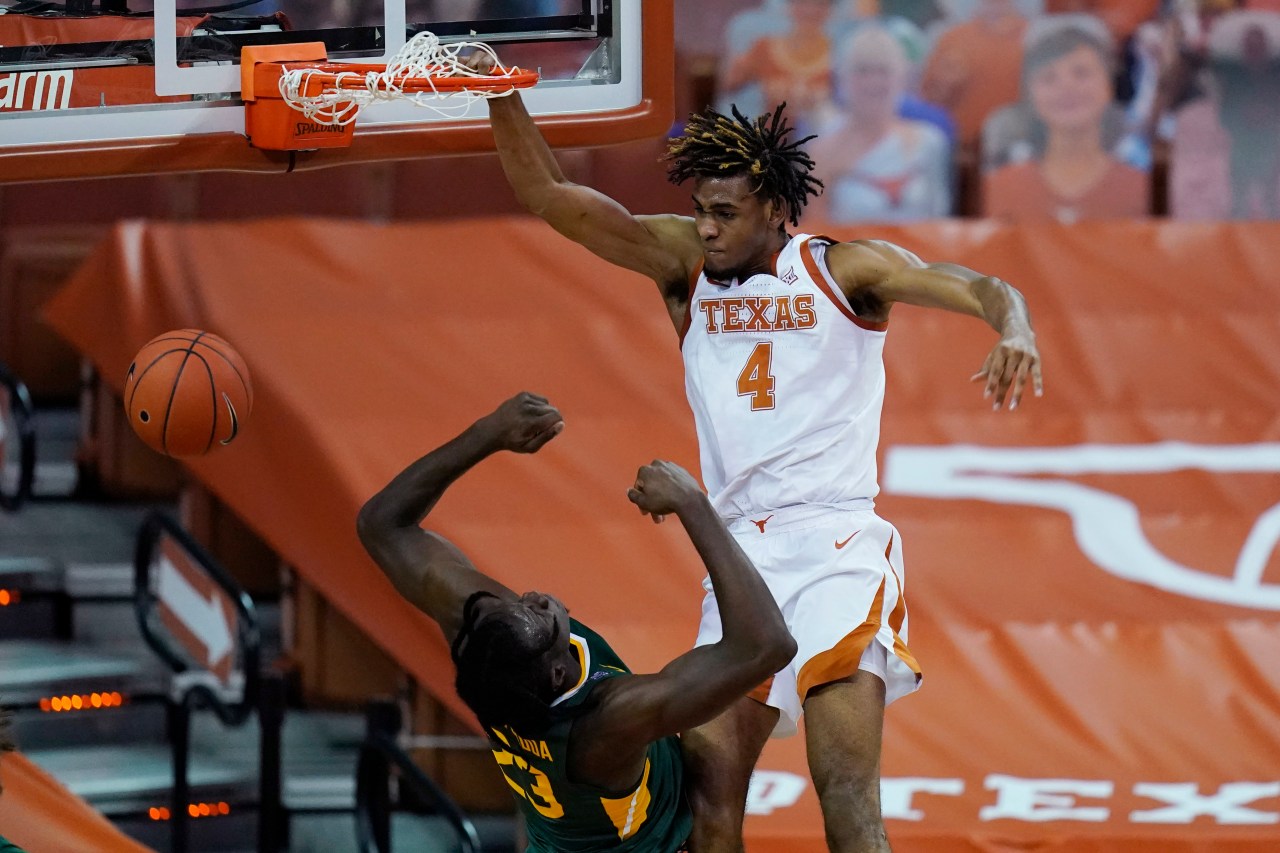 KANSAS CITY, Mo. (KXAN) — Almost a year to the date, Texas and Texas Tech are again preparing to meet in Kansas City in the quarterfinals of the Big 12 Tournament.

The meeting last year between the No. 4 and No. 5 seeds never happened. It was March 12, 2020 — the entire college basketball season was just hours away from being canceled due to the COVID-19 pandemic.

This year, the No. 3-seed Longhorns and No. 6-seed Red Raiders will play in front of a limited crowd at the conference tourney. The loser won’t go home to wait for their call on Selection Sunday, instead, they will head to Indiana to get “bubble ready” for the NCAA Tournament. This year’s 68-team tournament will be played completely in the Hoosier state in a quasi-bubble across the state.

Texas still has something to prove against Chris Beard’s Texas Tech squad. The Longhorns have failed in seven of the last eight games against the Red Raiders. Tech was the only team to sweep the regular season series with the Longhorns.

Texas stumbles down the stretch, upset by Texas Tech

Texas was forced to finish the regular season with a road game gauntlet of four straight in nine days after COVID-19 postponements throughout the season. The Longhorns are feeling good after winning the final three games of the road trip, but it all started with a loss at Texas Tech on Feb. 27.

In both games against Tech, the Longhorns have started strong and unraveled after halftime. The Red Raiders’ defense has given Shaka Smart and his veteran guards fits in the second half. Texas has shot just 26.5% from the field in those two games.

The Longhorns let a 10-point halftime lead in Austin slip away with some late turnovers and big shots from Mac McClung. The Red Raiders guard is Beard’s biggest scoring threat with over 16 points per game. Terrence Shannon Jr. and Kyler Edwards are becoming equally dangerous.

Andrew Jones and Jericho Sims were pivotal during Texas’ three-game win streak at the end of the regular season. Jones scored just under 14 points per game and Sims had just under 12 points over the last week of games.

Postseason success often comes down to veteran leadership and guard play. The Longhorns have both. We’ll get our first look at how this team handles tournament play Thursday at 8:30 p.m. on ESPN 2.