The Big Tech Crackdown Is a Gift to Parler 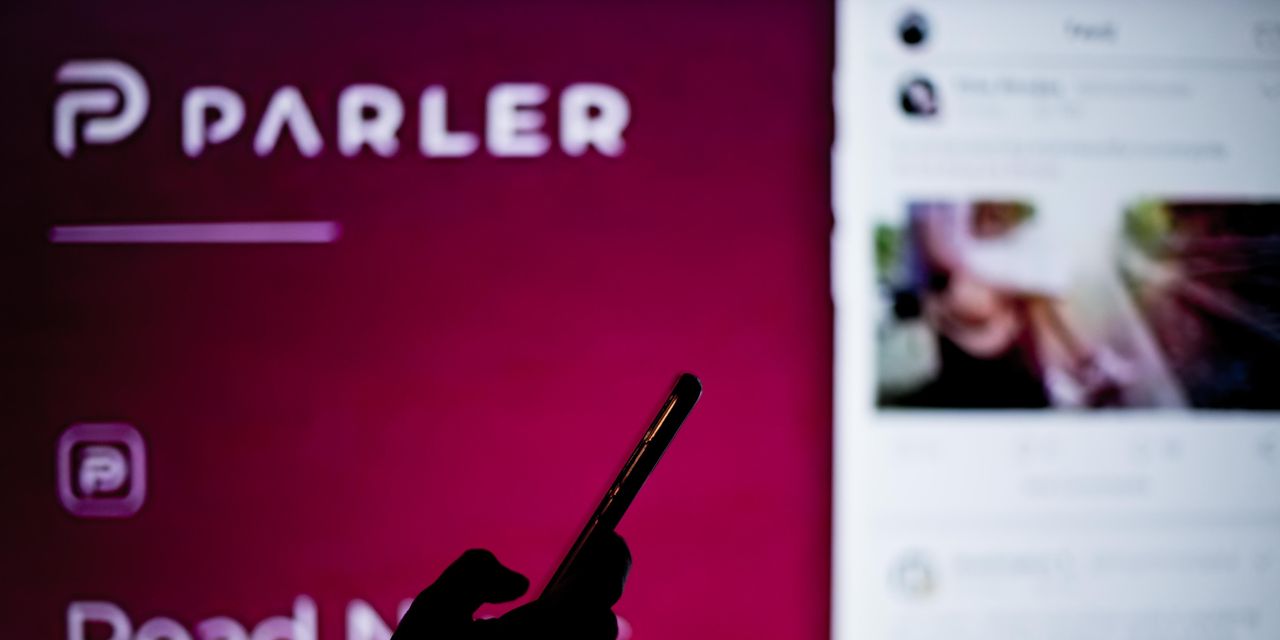 The coordinated actions of Big Tech against Parler, a free-speech competitor to

have attracted much attention and debate. Some argue that deplatforming Parler was necessary to stop further violence after the riot at the Capitol on Jan. 6. Others see political discrimination at work, given that

YouTube and Twitter also host bad actors. Everyone seems to agree that the actions by Big Tech caused great harm to Parler.

On the contrary, there are strong economic reasons to think Parler will benefit in the long run. The value of the free publicity will ultimately far outweigh the loss of revenue from being shut down for a few weeks. Parler has become a household name. It was a company; now it’s a cause.

The attack on Parler follows a long history of incumbent monopolies trying to raise costs on new rivals. Once Parler gets new servers up, however, using a phone to sign up or log on through a browser rather than an app is a small barrier to entry. Many highly profitable websites have no apps.

The benefits to Parler from Big Tech’s actions come in the long haul. The value of any company stems from the present value of its future earnings. An investment raises this present value when the up-front cost is dwarfed by the gains in future earnings. Big Tech has made an implicit investment in Parler by imposing a short-run cost that is smaller than the more lasting future gain in earnings enabled by the free marketing campaign.

The growth in future users doesn’t have to be large to raise the value of Parler. It seems safe to assume that the number of users will be larger in March this year than it would have been without the Big Tech effort. And the growth doesn’t have to be huge to make a big difference. Losing 100% of a month’s earnings to switch servers is easily made up by a long-run gain of a few percentage points of monthly users afterward. Such a small gain seems more than likely given the multiples of 100% growth in Parler users after Twitter’s suppression of stories about

There’s no way Parler could have paid for an international ad campaign with similar reach. The television and news coverage alone would have cost well more than a month of forgone earnings. A Parler-funded campaign couldn’t buy, at any price, the name recognition from being mentioned on the nightly news for the past month.

Big Tech is not only implicitly investing in Parler but also handing over many of its customers. Twitter’s actions caused millions of users to open accounts with the competition.

who left voluntarily, each had more than 80 million followers. Many of these users may decide to depart Twitter for platforms that allow them to hear from the voices they’re interested in following. The potential financial losses to Twitter shareholders could turn out to be large enough to raise issues of legal shareholder action.

All this makes mandatory breakups through government antitrust action less necessary. It is true that social-media monopolies are harder to compete with than monopolies in other industries because size itself is valuable for a social network. But competition rather than regulation is the preferred remedy. This is particularly true when the monopolies are funding political campaigns and staffing the antitrust regulatory agencies with alumni. Regulatory capture by industries often aims at limiting competition, and lenient antitrust is a good channel to do so. Facebook and

spent the most on federal lobbying last year of all U.S. companies.

More strikingly, mandatory antitrust is less needed when an incumbent like Twitter is apparently breaking itself up voluntarily. Antitrust regulators in the fast-moving tech industry are often too slow to keep up with new entry, as the 1990s

Collusion and monopolization of news-related social-media platforms is concerning, but Big Tech’s gifts to Parler will accelerate competitive relief. Markets seldom leave money on the table by ignoring consumer frustration with existing products.

Mr. Philipson, an economist at the University of Chicago, served on the White House Council of Economic Advisers as a member and acting chairman from 2017-20.