The internet crackdown on Trump and his supporters is spreading from AWS to Twilio, Stripe and others 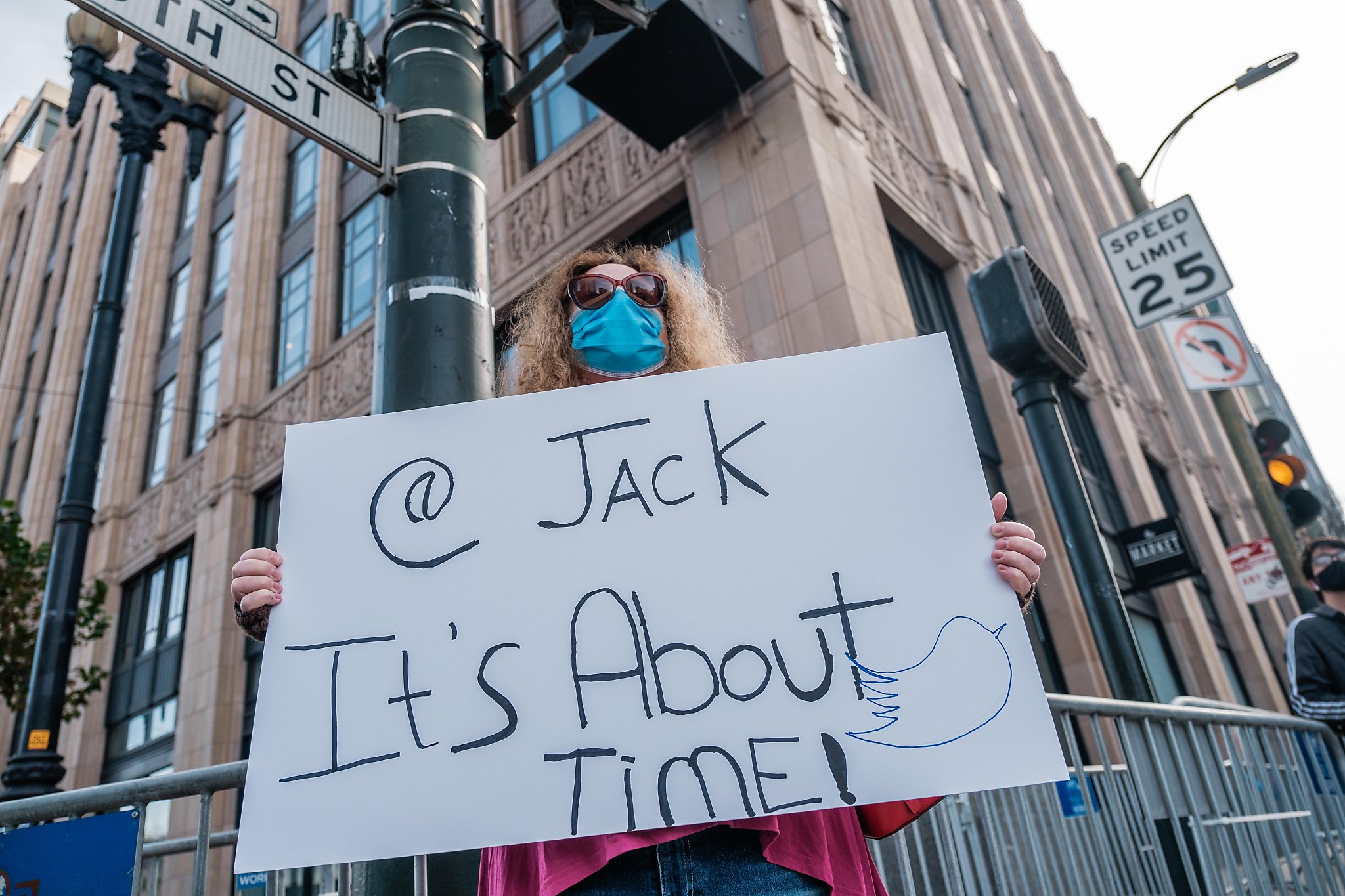 The online banishment of President Trump and his supporters has spread from Facebook and Twitter to lesser-known companies that operate the infrastructure of the internet, threatening his ability to raise money, rally supporters and remain a political and cultural force as he prepares to leave office.

A host of web security, hosting and payment companies are stopping services to both Trump and organizations that have tolerated right-wing extremists advocating further violence.

The moves highlight the power a small number of firms have over the internet, including some obscure Bay Area tech companies that provide the plumbing of a modern web presence. Well known to the region’s app designers and web engineers, their services let websites load quickly, users verify identities, and payments get processed securely. Without them, it’s difficult to maintain an online presence that reaches large numbers of people or pays for itself.

Parler users called for the murders of Trump’s political enemies and further violence if the inauguration of President-elect Joe Biden moved forward, according to screenshots.

San Francisco’s Twilio, which offers communication tools, including some used by Parler to secure user accounts, also dropped the app as a customer.

“We identified posts on Parler that advocated for civil war, spread malicious and fraudulent messages about the election, called on users to assassinate government officials, and advocated for racially-motivated violence. The account is suspended indefinitely,” the company added.

San Francisco security company Okta, which helps companies manage user identities, also said it cut Parler off. “While we support organizations across the political spectrum, our (services) will not be used for threats of violence and illegal activity,” the company said on Twitter.

While some cheered the tech companies’ actions — counterprotesters supportive of the bans outnumbered the pro-Trump protesters who had promised to show up at Twitter’s pandemic-emptied headquarters in San Francisco on Monday — others saw reason for concern at their ability to vanish Trump from the internet.

Lina Khan, a Columbia University professor and prominent tech critic, said the unilateral ability of large companies to stifle communication stemmed from the government’s failure to regulate them as the essential infrastructure providers that they are.

“Traditionally the U.S. dealt with infrastructure providers through applying a heightened set of rules and requirements that curbed their power, because we recognized that these services are too important to public life to be run entirely at the discretion of private entities,” she said.

“Since we haven’t updated our laws, Google, Facebook and Amazon are wielding unchecked power over key arteries of communication. Whether we agree or disagree with any particular hosting decision is besides the point. The real question is who sets the rules: democratically accountable public officials, or a small set of private executives?” she said.

“In this case, it is totally justifiable and in the public interest to limit access to anti-democratic, violent forces that are not only using social media to spread lies about the outcome of the presidential election but also to organize a violent attack on the U.S. Capitol and our democracy itself,” he said. “In the case of some of the largest companies, like Facebook, it raises the question of whether the companies are too big and should be broken up.”

The moves taken by the companies are significant, but any efforts to constrain hate speech and white supremacy online are limited, said Robyn Caplan, a researcher at Data & Society, a nonprofit focusing on technology.

“We did see the same thing after Charlottesville, but it didn’t necessarily weaken white supremacy,” said Caplan, referring to the 2017 march by white supremacists and neo-Nazis in Virginia.

After the murder of Heather Heyer at a counterprotest, Google and website hosting company GoDaddy blocked the neo-Nazi website Daily Stormer. It has since returned under a different domain name.

“It will continue to be a Whac-a-Mole game,” Caplan said.

Parler sued Amazon on Monday for kicking it off its web hosting service, alleging that the Seattle e-commerce company, which rents out capacity in its data centers to other businesses, was “apparently motivated by political animus. It is also apparently designed to reduce competition in the microblogging services market to the benefit of Twitter.”

“The antitrust claims against Amazon appear to be groundless,” said John Newman, a law professor at the University of Miami in Florida who specializes in antitrust laws. “Without any evidence that companies actually agreed between them to boot Parler off, there is no conspiracy.”

The actions against Trump and his allies extended to e-commerce and messaging.

After critics discovered Teespring, a San Francisco T-shirt selling service, was offering “Camp Auschwitz” shirts like those worn by some Capitol rioters, it cut off business with the vendor that sold the offensive garb.

“We categorically do not allow or condone any content which promotes racist, anti-Semitic or hate speech messaging, including the Neo-Nazi designs currently circulating online,” a company spokesperson said in an email. “Anyone uploading this type of content will be swiftly and permanently banned” from the service, the spokesperson said.

Salesforce, the San Francisco provider of marketing and sales software, said it had restricted the Republican National Committee’s use of its products. As the online news site Vice first reported, that includes the fundraising email list that the committee manages with the Trump campaign, which has not sent emails since Wednesday to its millions of supporters.

“We are all deeply troubled by the terrible events of January 6. And while we all hope that they are never repeated, sadly there remains a risk of politically incited violence across the country. The Republican National Committee has been a long-standing customer, predating the current administration, and we have taken action to prevent its use of our services in any way that could lead to violence,” Salesforce said.

Caplan said the bans showed the power tech companies wield, and said that might require ongoing scrutiny, especially when marginalized groups are affected by restrictions.

“What most advocates in the space would like to see is a lot more consistency from these (companies), a lot more transparency,” Caplan said.