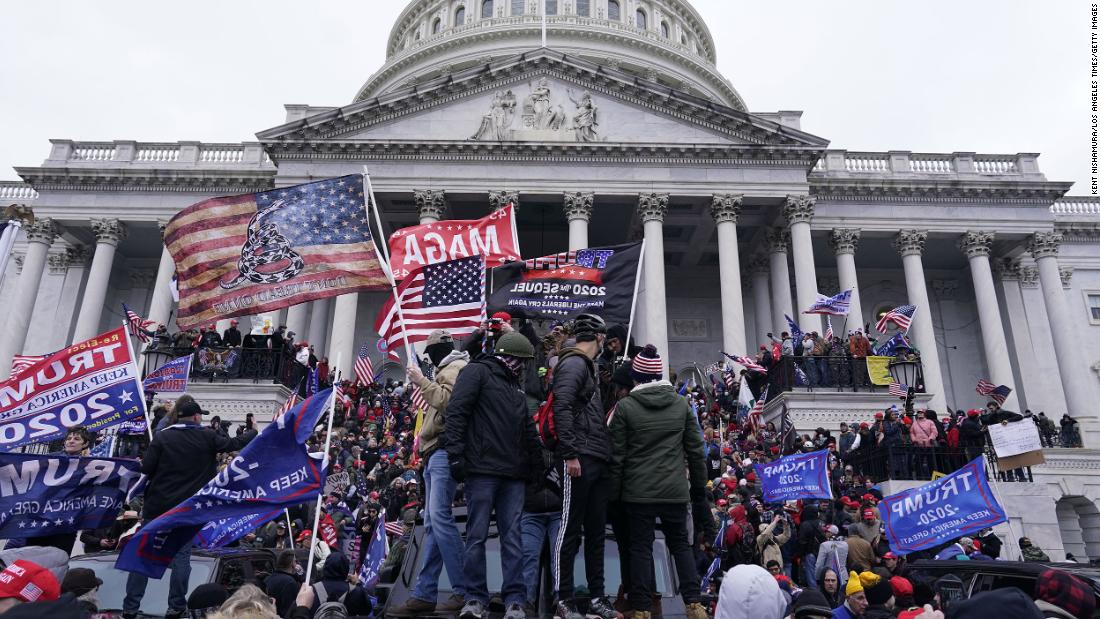 Citing insufficient content moderation policies, Google removed Parler, an alternative social network favored by the far right, from its app store on Friday in the wake of the deadly riot at the Capitol last week. The next day, Apple followed suit, pointing to the same reason. Then the biggest blow: Amazon removed Parler from its cloud hosting service, Amazon Web Services, effectively making it homeless on the web.

While it’s become commonplace for social networks such as Facebook (FB) and Twitter (TWTR) to engage in some content moderation, it’s much rarer to see comparable action from the companies that support the nuts and bolts of the internet. The companies that provide everything from web hosting services and domain registrations to cloud computing technology are still largely seen as neutral parties.

“It was the nuclear option,” said Katie Fallow, senior staff attorney at Columbia University’s Knight First Amendment Institute. Fallow said tech companies reacted with such strong actions, including the ban on Trump’s account, in response to the “extraordinary circumstance” of violence at the Capitol.

Amazon, for example, said it took action because it’s seen a “steady increase” in violent content on Parler’s platform, which violates the AWS terms of service. But the fact that these companies took such drastic steps raises some potential concerns.

“I see it as a shift from Silicon Valley cracking down on a lot of other violent groups around the world, like Islamist extremists, to cracking down on white domestic extremists,” said Daphne Keller, platform regulation director at Stanford’s Cyber Policy Center. But, she said, “when you take down a whole platform, then you’re affecting all of its users, including presumably some who weren’t violating the law or Amazon’s policies. It’s a very, very blunt instrument when a service provider like AWS takes down a whole service.”

Keller added that it’s troubling when internet infrastructure providers start engaging in content moderation because “there just aren’t as many of them.” As a result, she said, “it’s much more consequential to lose access to internet infrastructure, especially if it means de facto that you’re not on the internet at all.”

In response to the crackdown, Parler sued Amazon on Monday, alleging an antitrust violation, breach of contract and interference with the company’s business relationships with users. “Without AWS, Parler is finished as it has no way to get online,” said the complaint, which also claimed that “Parler had removed everything AWS had brought to its attention and more.”

In a statement, Amazon said the lawsuit has “no merit.” The company said it had made its “concerns known to Parler over a number of weeks and during that time we saw a significant increase in this type of dangerous content, not a decrease, which led to our suspension of their services Sunday evening.”

While it’s unusual to see back-end services take this step, it’s not unheard of. In 2017, internet-domain provider GoDaddy kicked off neo-Nazi website The Daily Stormer after the site published a derogatory story about a woman killed at a white supremacist rally in Charlottesville, Virginia. 8chan, an internet message board known as a home for racist and misogynist content, went offline in 2019 after internet infrastructure company Cloudflare gave it the boot. The message board ended up finding a different host, and got back online.

Gab, another controversial alternative social network, was banned from Apple and Google’s app stores and various payment processors after it was reported that the suspected shooter behind 2018’s Pittsburgh synagogue massacre had a profile on the app and expressed virulently anti-Semitic views. (At the time, Gab said it had been unfairly “smeared” and was “under attack” for defending free speech.) It has boasted of having self-built much of the infrastructure it now operates on, making it theoretically immune from what’s happening to Parler.

“There is a broader question that all of this raises about the fact that control over the speech of billions of people is in the hands … of only a few corporate companies, and what does that mean,” said Fallow of the Knight First Amendment Institute.

From a moral standpoint, Fallow said it’s easy to understand why companies would want to sever ties with controversial services, given the dangerous real-world events linked to the speech on those platforms. “On the other hand, because it does impact speech, I think we should think about that as being troubling [if] the underlying service providers … render it impossible for those alternatives to operate,” she said.

Internet experts believe there could be more of these actions in the future. Keller said Amazon’s move, for example, to kick Parler off AWS has set precedent for itself.

“Once you do it once, it is much harder to resist doing it again,” she said.