The tech that might help cyclists and cars coexist safely 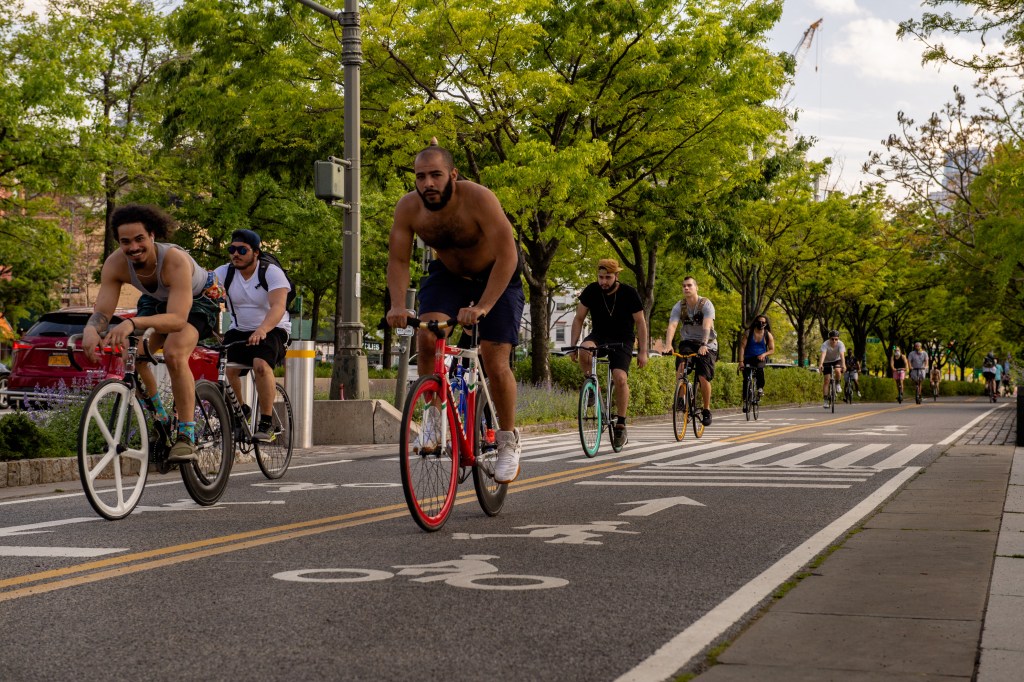 On the desolate streets of Manhattan during the bleak early days of the pandemic, Rosemary Sigelbaum found that riding a bicycle to work at Lenox Hill Hospital offered a desperately needed respite from the stress of 12-hour days witnessing the worst of the coronavirus’s frightening effects.

“It was quiet, and on my way home it gave me time to decompress,” Sigelbaum said of her commute between the Upper East Side and her home on the Lower East Side.

Those empty avenues of late March have given way to the city’s usual cacophony of traffic, just as more people are discovering the advantages of cycling to work: no crowded subways, buses or shared taxis. Bicycle companies have posted out-of-stock notices for the first time in years. Sales in May skyrocketed 103{3c6be4297db6c6dead22aac82e61edad92a520b73a55778b8446ff6b78406501} compared with a year earlier, according to the NPD Group, a research firm.

Even before the pandemic, bicycle fatalities in New York nearly tripled last year, to 29, from 10 in 2018. This year, at least 14 people on bicycles have been killed. With more bikes plying the streets with cars, buses and trucks, there’s more pressure than ever to find ways to make the roads safer, for everyone.

The best safety measures are those that keep bicyclists and motor vehicles apart, advocates say. Many cycling advocates are trying to capitalize on the pandemic popularity of bicycles to push for more dedicated bike lanes.

It is “the primary method of addressing bicycle safety,” said Kyle Wagenschutz at People for Bikes, an advocacy group. Indeed, cities including Milan, Paris and New York have been adding miles of bike lanes this year, with more planned.

Still, bicycles and cars will have to get along, and safety researchers are increasingly looking to technology for answers.

Last fall in Turin — before that area of Italy became a pandemic hot spot — a wobbly cyclist skirted a line of parked cars on a jammed suburban street as a large sedan rapidly approached from behind. In the morning drizzle, the driver was focused on a four-way stop that was coming up. Suddenly, a warning graphic flashed on a display above the dashboard, indicating that a bicyclist was directly ahead, and the driver slowed to give the rider more room.

Such encounters are part of a future vision of bicycle-to-vehicle communications that could help prevent accidents. The Turin demonstration, supported by Fiat Chrysler and the 5G Automotive Association trade group, involved a 5G wireless program meant to illustrate the advantages of high-speed communications among cars, bicycles, traffic systems and city infrastructure. (This has an alphabet soup nickname, C-V2X, for “cellular vehicle-to-everything.”)

The LINKS Foundation, a tech company, had outfitted the demo bicycle with a global navigation device to determine its precise location and a 5G transceiver to convey that information to nearby vehicles. The concept envisions a future where everything — literally the Internet of Things — is online to create smart roads and smart cities. Traffic lights will see cars coming, cars will see pedestrians at intersections, and bicycles will talk to cars.

Some cyclists already use technology, like Garmin’s Varia radar taillight, to warn of approaching cars, but it doesn’t actively prevent collisions. Pedestrian and bicycle warning options for cars use advanced driver assistance safety systems. Some, like Volvo’s collision warning feature, will even automatically brake for cyclists.

That’s a tremendous improvement, but more can be done, because those warning systems rely on video cameras and radar in the car; they cannot see around corners. Furthermore, camera-based systems rely on classification programs to pick out bicycles from what can be a cluttered background of mailboxes, trees, garbage pails and telephone poles. A bicycle-to-vehicle system would send signals around buildings and hundreds of feet up and down roads.

“The problem then is to compute the probability of the cyclist’s path,” said Daniele Brevi, a researcher from the LINKS Foundation in Turin who was running the demonstration. Understanding the possible trajectories of a bicycle and what critical information needs to be shared with nearby motorists is essential to improving safety.

“It can’t just be, ‘Hi, I’m a bike,’” said Jake Sigal, the chief executive of Tome Software in Detroit and one of the founding members of the Bicycle-to-Vehicle Executive Advisory Board. The group, which includes Ford, General Motors and Subaru as well as bicycle companies like Giant, Specialized and Trek, is working to standardize what safety information needs to be communicated in these so-called B2V transmissions.

It involves not only speed and direction (is the cyclist going the wrong way in a bike lane?) but also information such as a bicycle’s turning radius and maximum acceleration and braking — all data that would help predict a cyclist’s path. E-bikes, scooters and single-speed bikes would have different profiles. Smart signs could also flash warnings when a cyclist was present to slow down drivers.

Sigal said the group planned to complete several field tests of B2V systems with Ford by the end of the year. Researchers will focus on reliability and accuracy to ensure that the information drivers receive is consistent and trustworthy. Wireless interference in urban areas and sufficient warning times are other critical areas of study.

And while various wireless systems could be used, the initial tests are using Bluetooth, a pervasive wireless feature that’s built into smartphones.

“We want it to be accessible to people who can’t necessarily afford a $200 bike computer,” Sigal said. Android phones could be used, for example, by cyclists in conjunction with inexpensive sensors on bicycles.

In Turin, the issue of information overload also became apparent. An occasional bike warning on a quiet suburban street seems reasonable enough, but a Manhattan avenue could generate an overwhelming surge of warnings and alerts. So when to warn drivers may be just as critical as what to warn them about.

“Making the bikes more visible to vehicles is critical, and some of that is really low tech,” said David Devine, global product director at Cannondale. Integrated daytime running lights and reflective sidewall tires are elements that Cannondale has added over the years to improve safety, he said.

Such techniques are about how cyclists can “cut through the visual noise of the environment,” said Eric Bjorling, brand director at Trek Bikes. The bike maker has worked with researchers at Clemson University to improve the visibility of its daytime running lights and recommends riders wear high-contrast clothing to stand out. The company is also working on making helmets more affordable.

The critical step is still to develop a standard that bike makers, automakers and city planners can all use, Bjorling said. “And if cars in the future are going to be more autonomous, this is going to be needed to help AVs avoid riders,” he said, referring to autonomous vehicles.

Meanwhile, Sigelbaum has encountered her own challenges commuting on two wheels. She recently broke several bones in her hand falling off a bike, “all by myself.”

But she added, “I’m still going to bike to work from now on.”