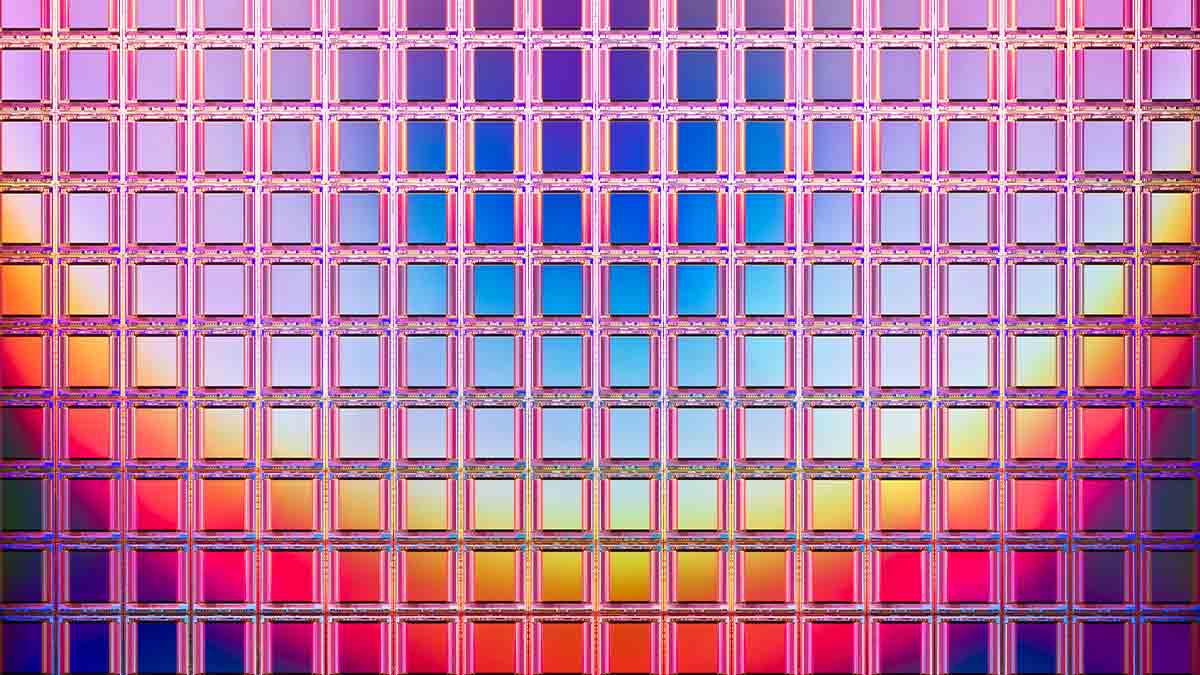 If the tech industry wants to address its longstanding issues with diversity in its ranks, tech companies may need to go to where diverse talent lives, not the other way around. So, where should these companies look? Crunching data on where Black, Latinx, and female STEM graduates live; where lower cost of living removes certain barriers to entry; and where digital infrastructure is reliable and affordable enough to be conducive to remote work, this article identifies six states — Georgia, Texas, Delaware, Virginia, Connecticut, and Maryland — that rank high on the Tech Talent Diversity score and are outside the traditional tech clusters of California, New York, and Massachusetts.

It is no secret that tech has had a long-standing diversity and inclusion problem. The homogeneity of the industry isn’t just a superficial issue — it’s arguably a root cause of many larger issues that plague tech. It has implications for justice and fairness; it also results in devastating flaws in the industry’s own products. Consider unjust facial recognition technologies that exacerbate discrimination against people of color or virtual reality headsets — designed primarily by and for men — that could cause women to feel nauseous. These are just two examples of products in an industry with an insufficient diversity of perspectives going into the product design. Now, amid building social pressure, the industry is pledging to take new steps to narrow its persistent diversity gap.

Tech companies have made similar promises before, but have had little success in following through. Consider the case of Google, which has been among the more transparent when it comes to its challenges. Its proportion of employees from underrepresented backgrounds barely budged over the period between 2014 and 2018. In the meantime, since 2016, it had cycled through three chief diversity officers. Google’s 2020 annual diversity report shows some improvement, but is still far from any semblance of balance: 5.5% of employees identify as Black or Black and any other race, and 6.6% identify as Latinx or Latinx and any other race, and 32.5% employees identify as women. Google is not atypical; its industry peers have similarly skewed statistics. Amazon and Apple show relatively higher proportions of Black and Latinx employees because of the greater representation of such communities in the retail and warehousing units of these companies.

But now, the pandemic and the changes it has brought about in how work gets done provide an unprecedented opportunity for a turning point. One roadblock on the path to closing the diversity gap is the extreme geographic concentration of tech companies, which limits the industry’s ability to connect with, recruit, and retain talent from a widely dispersed pool. Seventy-five percent of venture capital funding is concentrated in just three states — New York, California, and Massachusetts — and more than 90% of technology-intensive innovation-sector growth between 2005 and 2017 occurred in just five metro areas, of which four — New York, Boston, San Francisco, and San Jose — are in those three states.

Even if the tech companies go beyond these locations to hire talent, it is harder to convince recruits from a different part of the country — especially those from underrepresented communities — to move. Their social networks and support systems are elsewhere, and the concentration of tech workers drives up the cost of living in cluster locations, such as the Bay Area or Boston. Companies have been experiencing a difficult time convincing recruits to move to the Bay Area, for example, and two-thirds of current tech employees say they would leave the Bay Area if they could, according to a recent survey.

To truly make the industry more inclusive, tech companies need to let go of their geographic biases and change the way they recruit, organize teams and allow employees to work. As companies have moved to remote work during the pandemic — and possibly forever — tech companies ought to envision a recruitment and retention strategy targeted at talent from places far from the usual clusters. (If they’re already doing so, they should double down on this strategy.) Even if the work-from-home trend does not take off across the board, the current enthusiasm for it creates a window of opportunity to narrow the diversity gap by recruiting under-represented groups and retaining them.

To succeed where it has failed in the past, the tech industry needs a new approach to finding and retaining talent. We suggest it starts with meeting high-quality recruits where they are without being constrained by geography and identifying regions that also have suitable conditions to retain such talent.

As part of our research initiative, Imagining a Digital Economy for All (IDEA) 2030 (established in collaboration with the Mastercard Center for Inclusive Growth and support from the Mastercard Impact Fund), we developed two key measures: One is a “tech talent diversity” score which analyzes the proportion of underrepresented groups in the tech pipeline (using STEM or STEM-related degree holders as a proxy for the pipeline of talent relevant to the tech industry) and how it is distributed across the states in the U.S. The second measure is a “digital readiness” score for each state in the U.S., which captures key attributes such as the ease of working from home in the state, availability of public services online, and inclusive access to the internet. We mapped these scores against two critical socio-economic factors that contribute to attraction and retention: the cost of living and the proportion of the state’s workforce in the tech industry, thereby creating a sense of a supportive proximate professional network.

The results offer insights that can facilitate tech companies’ strategies for narrowing the diversity gap and taking action. Companies can use this analysis to not only target their recruiting resources on the regions that have reservoirs of diverse talent, but also identify those regions that are conducive to retaining the talent and sustaining their productivity. This helps create a roadmap for organizing a diverse and dispersed workforce. The results of the analysis are captured in the graphic below.

There are six states — Georgia, Texas, Delaware, Virginia, Connecticut, and Maryland — that rank high on the Tech Talent Diversity score and are outside the traditional tech clusters of California, New York, and Massachusetts. They also have sizable proportions of workers in tech jobs and are in states with a more affordable cost of living than the states with the current tech clusters — all factors that contribute to greater retention and productivity. These can constitute a core set of “target states,” representing an untapped opportunity for the big tech companies to establish recruitment strategies to diversify their workforce.

To consider a specific example, consider Georgia, a target state that combines all our criteria. More specifically, take the case of Atlanta, the state’s largest city and the core of the state’s opportunity cluster. Atlanta embodies many favorable attributes that make it a hotbed of talent from traditionally underrepresented communities. It ranked 10th in tech employment nationally, is a hub of Black tech entrepreneurship, and is home to a cluster of a major academic centers, including Georgia Tech and Emory University, as well as Morehouse and Spelman, two preeminent HBCUs who have made significant contributions to educating underrepresented communities. Atlanta is also home to the Tech Square neighborhood, a tech innovation hub.

HBCUs are a powerful node in the Atlanta network. They are responsible for a disproportionate number of Black graduates in the STEM fields, including nearly half of all STEM degrees granted between 1995 and 2004 to Black women. Morehouse also runs a coding bootcamp called [email protected] That said, tech companies have not been recruiting heavily as yet from the HBCUs. Other academic institutions in the area that are already on the tech industry’s radar, such as Georgia Tech, is in the top five in the U.S. for the number of Black engineering majors.

Finding recruits in hotspots like Atlanta and letting them work remotely or in satellite offices or as part of regional clusters in their home communities could create a reinforcing cycle of hiring and retention. Clearly, tech companies would be motivated to close the diversity gap and demonstrate following through on their commitments. These companies are in a competitive job market and perpetually face a talent crunch. These companies tend to skew liberal, which ought to create an environment supportive of a more diverse and inclusive employee makeup. And they have a disproportionate amount of resources thanks to soaring stock prices and the industry doing well overall, particularly during the surge in digital activity during the pandemic.

With the new urgency in the environment, Google’s CEO, Sundar Pichai, for example has committed to five meaningful steps to “build sustainable equity for our Black+ community,” including a goal to improve leadership representation of underrepresented groups by 30% by 2025.  With the landmark Department of Justice antitrust lawsuit now bearing down on Google, and more lawsuits being considered against multiple companies, the pressures to deliver on all prior commitments, including enabling a more diverse workforce, have only gone up. The target states identified here in our analyses, are far from the Googleplex in California. They offer Pichai and his industry peers an opportunity to act on the commitment to changing the makeup of the workforce that represents the company, its products and its culture. The pandemic may have created the environment for a renewed awareness of social injustice and the need to address the problems. But it may also have created the environment to take some meaningful action on it.

Note on methodology: To calculate our “Tech Talent Diversity Score,” we used STEM or STEM-related degree holders as a proxy for “talent” relevant to the tech industry, and measure the proportion of Black, Latinx, and female students pursuing these degrees as a proportion of total population of Black, Latinx, or female students in each state, using 2018 U.S. Census Bureau data. The “Digital Readiness Score” was calculated by combining a “work from home readiness” score, which measures factors such as access to technology devices at home, estimated share of the labor force that can work remotely, and the size of the information and services industry, and an “Inclusive Internet and Digital Public Services” score, which measures access to affordable internet and how states utilize technology to serve their communities during Covid-19.

Editor’s note: Every ranking or index is just one way to analyze and compare companies or places, based on a specific methodology and data set. At HBR, we believe that a well-designed index can provide useful insights, even though by definition it is a snapshot of a bigger picture. We always urge you to read the methodology carefully.