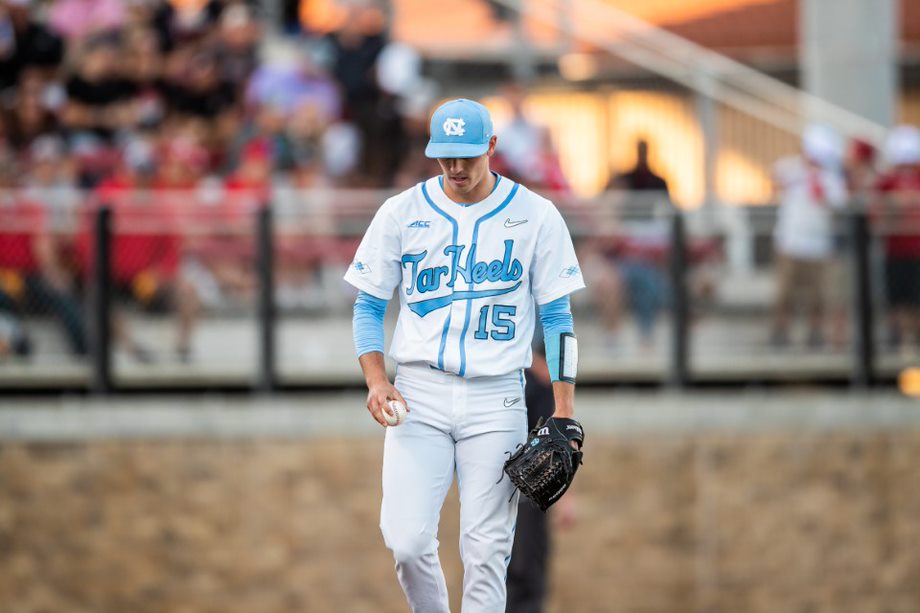 Saturday night in Lubbock saw the top-seeded Texas Tech Red Raiders prove why they earned the right to host an NCAA Regional, as they put No. 3 seed UNC on the brink of tournament elimination with a 7-2 victory in their home stadium.

The Tar Heels came into the night riding the high of an upset win over No. 2 seed UCLA on Friday, but quickly fell behind on Saturday when Big 12 Player of the Year Jace Jung took UNC’s Gage Gillian — a reliever making his first career collegiate start — deep for a two-run homer in the top of the first inning.

Gillian escaped the first inning without any further damage, but lasted just two innings on the mound.

UNC (28-26) cut the Red Raiders’ (38-15) lead in half with an RBI groundout by Mac Horvath in the bottom of the first inning, then would go on to tie things up on a one-out double by Danny Serretti in the third inning.

Reliever Shawn Rapp performed admirably out of the bullpen for the Tar Heels, striking out seven hitters through 4.2 innings.

Texas Tech was still able to take the lead back despite Rapp’s best efforts, though, striking with an RBI double by catcher Braxton Fulford in the fifth inning and a solo shot from Kurt Wilson in the seventh.

The Tar Heels threatened to make some noise in the sixth inning when Caleb Roberts led off with a walk and Horvath followed with a ball that narrowly missed going over the fence in left center field.

Horvath was thrown out trying to reach second base, however, a call that was overturned by the umpires — then strangely reviewed a second time and returned to the original call.

Roberts was left stranded on third base when the next two Tar Heel hitters struck out.

“When Mac [Horvath] hit that ball, I think if that ball gets out of there and gets over and it’s a home run, it might change the game, give us a little more momentum,” UNC head coach Scott Forbes said. “But it didn’t. So, you know, I thought Texas Tech showed why they’re a national seed and why they’re so highly thought of. They have a heck of a team.”

The wheels fell off in the top of the eighth when Texas Tech turned a slim two-run advantage into a comfortable five-run cushion on the back of a bases-loaded walk and a two-run single by Wilson.

UNC failed to record a hit over its final three innings at the plate, which all but sealed the victory for the Red Raiders.

The Tar Heels face UCLA again on Sunday at 3 p.m. in what will be an elimination game for both teams.

Chapelboro.com does not charge subscription fees. You can support local journalism and our mission to serve the community. Contribute today – every single dollar matters.