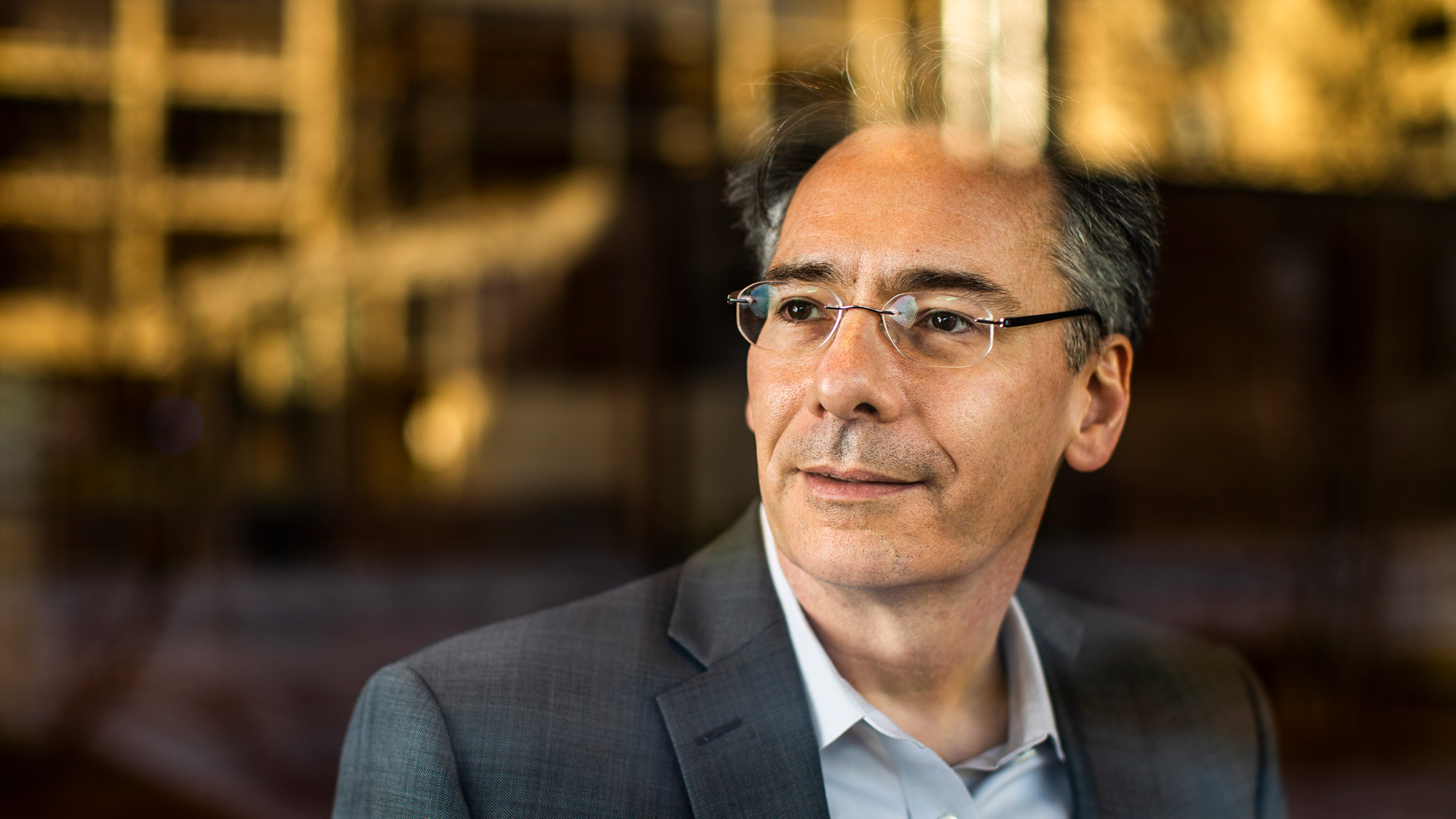 It was music that sparked William Oliver’s lifelong passion for computers.

Growing up in the Finger Lakes region of New York, he was an avid keyboard player. “But I got into music school on voice,” says Oliver, “because it was a little bit easier.”

But once in school, first at State University of New York at Fredonia then the University of Rochester, he hardly shied away from a challenge. “I was studying sound recording technology, which led me to digital signal processing,” explains Oliver. “And that led me to computers.” Twenty-five years later, he’s still stuck on them.

Oliver, a recently tenured associate professor in MIT’s Department of Electrical Engineering and Computer Science, is building a new class of computer — the quantum computer — with the potential to radically improve how we process information and simulate complex systems. Quantum computing is still in its early days, and Oliver aims to help usher the field out of the laboratory and into the real world. “Our mission is to build the fundamental technologies that are necessary to scale up quantum computing,” he says.

Coast to coast and back again

Oliver’s first stop at MIT was as a master’s student in the Media Lab with adviser Tod Machover. Their interactive Brain Opera project paired Oliver’s love for both music and computing. Oliver orchestrated users’ voices with a computer-generated “angelic arpeggiation of strings and a chorus.” The project was installed at the Haus der Musik museum in Vienna. “It was a fantastic master’s project. I really loved it,” says Oliver. “But the question was ‘okay, what do I do next?’”

Eager for a new challenge, Oliver chose to explore more fundamental research. “I found quantum mechanics to be really puzzling and interesting,” says Oliver. So he traveled to Stanford University to earn a PhD studying quantum optics using free electrons. “I feel very fortunate that I could do those experiments, which have almost no practical application, but that allowed me to think really deeply about quantum mechanics,” he says.

Quantum computers are frustratingly inconsistent. That’s in part because those qubit superposition states are fragile. In a process called decoherence, qubits can err and lose their quantum information from the slightest disturbance or material defect. In 2003, Oliver took a staff position at MIT’s Lincoln Laboratory to help solve problems like decoherence. His goal, with colleagues Terry Orlando, Leonya Levitov, and Seth Lloyd, was to engineer reliable quantum computing systems that can be scaled up for practical use. “Quantum computing is transitioning from scientific curiosity to technical reality,” says Oliver. “We know that it works at small scale. And we’re now trying to increase the size of the systems so we can do problems that are actually meaningful.”

Even background levels of radiation can trigger decoherence in mere milliseconds. In a recent Nature paper, Oliver and his colleagues, including professor of physics Joe Formaggio, described this problem and proposed ways to shelter qubits from damaging radiation, like shielding them with lead.

He is quick to emphasize the role of collaboration in solving these complex challenges. “Engineering these quantum systems into useful, larger scale machines is going to require almost every department at the Institute,” says Oliver. In his own research, he builds qubits from electrical circuits in aluminum that are supercooled to just a smidge warmer than absolute zero. At that temperature, the system loses electrical resistance and can be used as an anharmonic oscillator that stores quantum information. Engineering such an intricate system to reliably process information means “we need to bring in a lot of people with their own talents,” says Oliver.

“For example, materials scientists will have a lot to say about the materials and the defects on the surfaces,” he adds. “Electrical engineers will have something to say about how to fabricate and control the qubits. Computer scientists and applied mathematicians will have something to say about the algorithms. Chemists and biologists know the hard problems to solve. And so on.” When he first joined Lincoln Laboratory, Oliver says just two Lincoln staff were focused on quantum technologies. That number now exceeds 100.

In 2015, Oliver founded the Engineering Quantum Systems (EQuS) group to focus specifically on superconducting qubit technology. He is also a Lincoln Laboratory Fellow, director of MIT’s Center for Quantum Engineering, and associate director of the Research Laboratory of Electronics.

Oliver envisions a steadily growing role for quantum computing. Already, Google has demonstrated that for a particular task, a 53-qubit quantum computer can far outpace even the world’s largest supercomputer, which features quadrillions of transistors. “That was like the flight at Kitty Hawk,” says Oliver. “It got off the ground.”

In the near-term, Oliver thinks quantum and classical computers could work as partners. The classical machine would churn through an algorithm, dispatching specific calculations for the quantum computer to run before its qubits decohere. In the longer term, Oliver says that error-correcting codes could enable quantum computers to function indefinitely, even as some individual components remain faulty. “And that’s when quantum computers will basically be universal,” says Oliver. “They’ll be able to run any quantum algorithm at large scale.” That could enable vastly improved simulations of complex systems in fields like molecular biology, quantum chemistry, and climatology.

Oliver will continue to push quantum computing toward that reality. “There are real accomplishments that have been happening,” he says. “At the same time, on the theoretical side, there are real problems we could solve if we just had a quantum computer big enough.” While focused on his mission to scale up quantum computing, Oliver hasn’t lost his passion for music. Although, he says he rarely sings these days: “Only in the shower.”