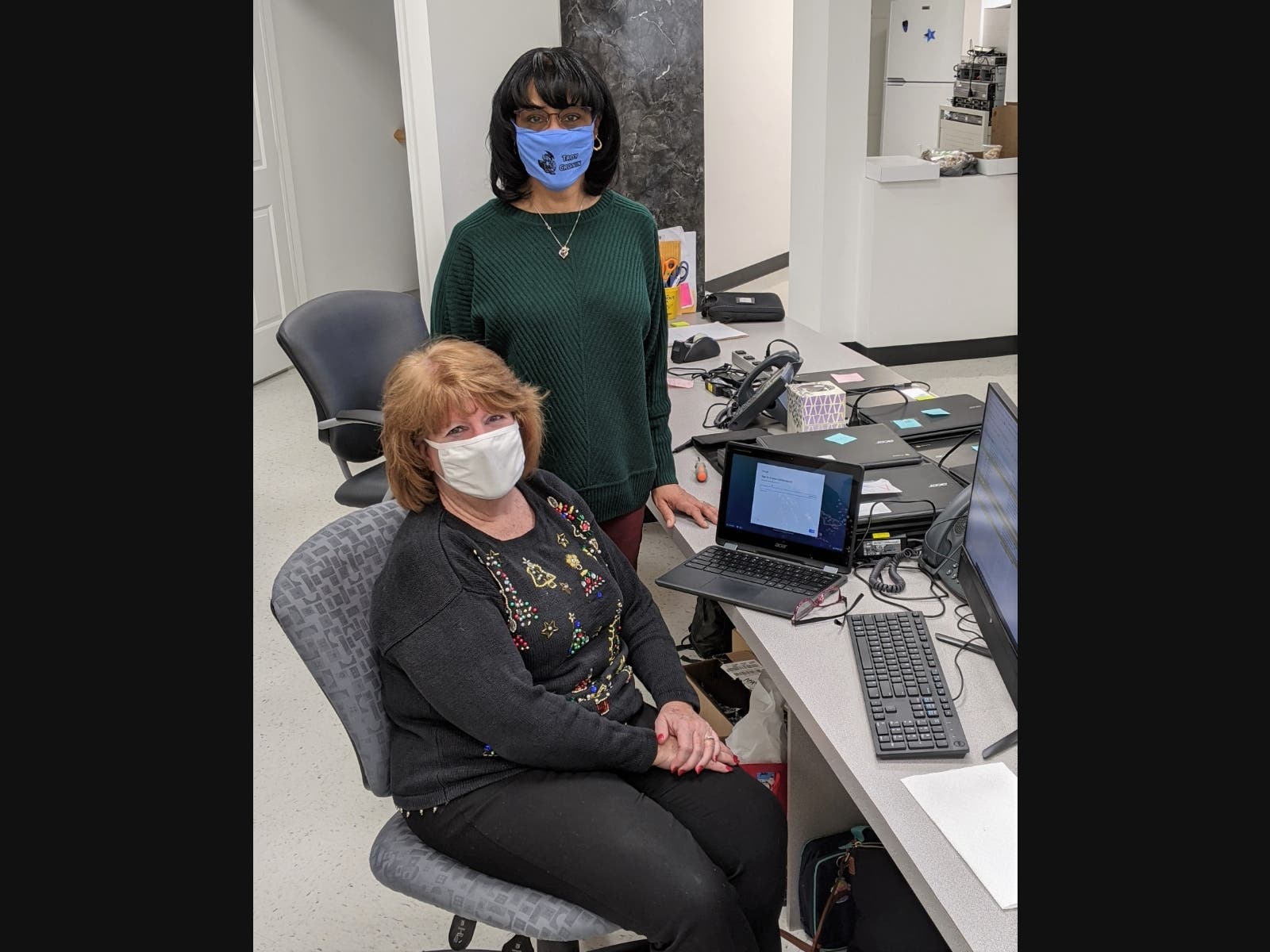 This is the third in a series of articles, “Behind the Front Lines,” recognizing the importance of Troy Community School District 30-C’s support personnel. The work they do greatly contributes to the education and well-being of our students.

Ron Sarver, Troy’s Executive Director of Information Services, says there is not a day that goes by that he doesn’t appreciate the work his technology staff does. That appreciation has only grown in the months since the coronavirus pandemic hit the country.

Troy’s preschool through 8th grade students left the school buildings with the arrival of the pandemic and began learning in their homes in a remote mode, learning from their teachers through live online lessons. For a time, the schools switched to a hybrid mode, where some students continued to learn remotely, and others returned to the classrooms.

The challenges to the district’s technology team to make this work were enormous. But they succeeded, and Troy’s standard of excellence in education continued at the district’s seven schools.

Sarver said that during a normal school year, the department has technology staff in every school and several in its office. They do everything from helping a staff member with a forgotten password to troubleshooting the district’s car rider system. They manage student data, including attendance, grades and assessments.

They help students and staff with apps and assist them with all of their technology needs.

Sarver said the technology associates in the schools maintain day-to-day excellence in their buildings.

“They are responsible for all of the technology equipment in their buildings,” he said, “from data systems to security systems, intercom messaging systems, phones and computers. They are the first responders to technology issues and needs in their schools.”

When the classrooms closed and learning became remote, the first thing the tech team realized was that every student was going to need a computer to use at home. Fifth through eighth grades were already 1:1, computers to students. Now, computers had to be purchased for all the remaining students.

“We realized we needed many more devices than we thought,” Sarver said, “sooner than we had planned.”

The catch was that the other schools across the country needed the same thing. A national shortage resulted, and a lag time of up to six months developed between equipment purchase and delivery.

“Then, when an order was received,” he said, “we had to turn them around on a dime.”

When the technology department received its order of 310 rolling computer stands that would enable teachers to best teach hybrid classes, they recruited staff from all over the district to help assemble them.

The challenges of remote education also came with additional challenges. With that many computers in the hands of close to 4,000 students, the number of computer problems and glitches increased significantly. It was the responsibility of Troy’s Technology Department to fix them. The team also made itself available to answer questions from parents, students and staff about software issues.

“At times, it has been a daunting task,” Sarver said, “but it’s also allowed us to better plan for future changes, while remaining fiscally responsible.”

One of those changes was something the school board had already been planning – implementing technology changes that would allow education to continue on snow days, when previously, school was cancelled.

“Our job is to meet the needs of our students,” Sarver said. “We help deliver education to them through technology. It’s not just an enhancement to their education. It’s an essential element of the educational process.”