Twitter on Friday suspended an official account belonging to Indian microblogging platform Koo, which had been set up for user queries. Visiting @kooeminence now shows that the account’s been suspended, and its tweets are no longer visible.

This comes in the wake of Elon Musk suspending the accounts of several prominent journalists without warning who had been covering him, including those from the Washington Post, the New York Times, Mashable, and CNN. He said that they were endangering his family. However, the accounts have been reinstated since then following strong criticism from government officials, journalism organisations, and advocacy groups.

We’ve never created policies out of thin air. Everything is user focused and transparent. It’s the most inclusive platform. It’s time to take action instead of just discussing. This won’t stop here unless we make it!@oliverdarcy @tculpan @Kantrowitz

He also questioned the rationale behind the suspension, saying that “This isn’t democracy. This is a strong need to exercise power & control. And shouldn’t be allowed. We need to speak up!”

In a related move, Twitter is blocking users from tweeting links to some Mastodon servers. Mastodon is another major competitor to Twitter. Attempting to tweet Mastodon links causes Twitter to throw an error saying, “We can’t complete this request because this link has been identified by Twitter or our partners as being potentially harmful.” Essentially, links to the platform are being marked as malware.

Commenting on Mastodon links being marked as unsafe, Bidawatka added, “How much more control does the guy need?”

Sun Dec 25 , 2022
Chief inspector is jailed for 14 months after using police computer to look up confidential details for drug-dealing cleaner he was having affair with Chief Inspector Joseph Jones, 48, was jailed for misusing force’s computer The senior police officer, from Swansea, looked up details of woman’s tenants Crime was uncovered […] 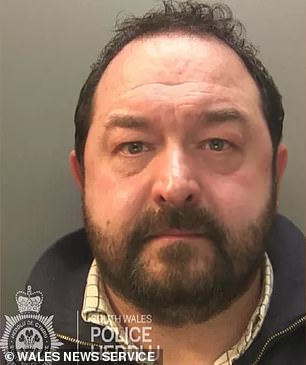