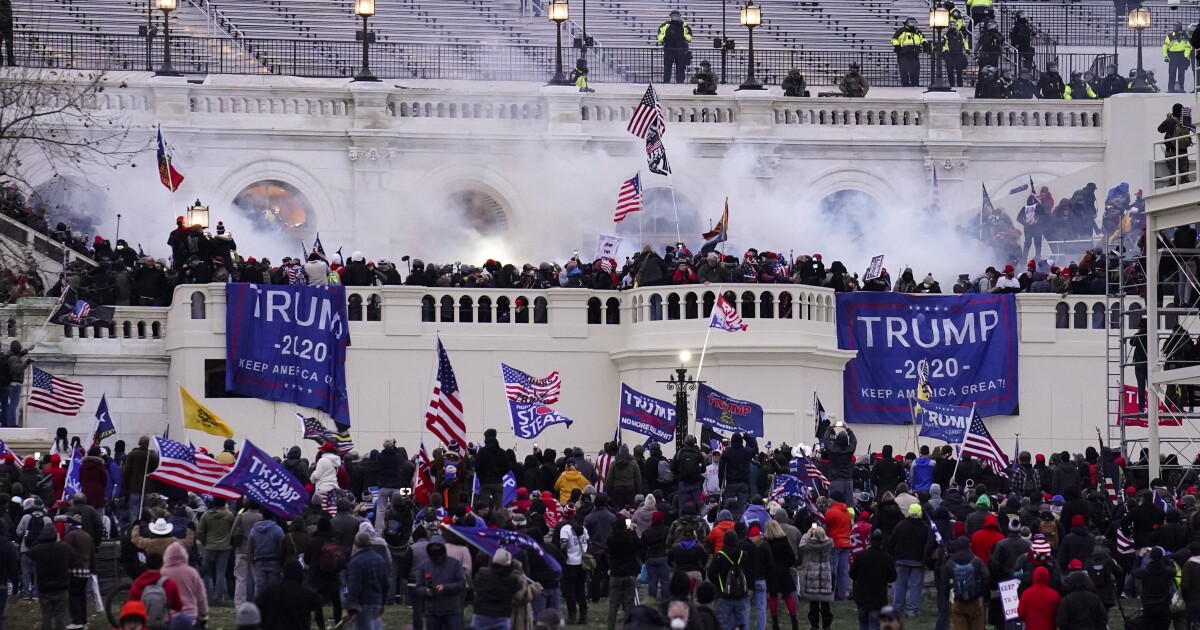 Thanks to the 1st Amendment, government in the United States has little power to stop people from speaking their minds. But the Bill of Rights doesn’t constrain Facebook, Twitter and other Big Tech companies, which decided in the wake of last week’s attack on the U.S. Capitol that the world has heard enough from President Trump.

On one level, it’s understandable that private companies would not want their services and platforms used to foment violence and undermine democracy. On another, their actions show just how much power over global speech we’ve ceded to a handful of companies whose primary incentive is profit, not free expression.

The simple fact that they have such power may be more troubling than what they’re doing with it. Trump crossed a bright line when he started using social media networks not just to bemoan the results of the 2020 election but to try to overturn them. Having spent two months spouting an endless stream of false allegations about a stolen election, he summoned his followers to Washington, D.C., to pressure lawmakers to throw out the certified votes of the states’ electors. And after they stormed the Capitol, he called them “great patriots” on Twitter and urged them to go home “with love.”

On Thursday, Facebook banned Trump indefinitely, according to Chief Executive Mark Zuckerberg, because “we believe the risks of allowing the president to continue to use our service during this period are simply too great.” Other networks took similar steps, with Twitter suspending his account permanently on Friday.

Twitter’s explanation for its action was laudably detailed. The company looked beyond what Trump was tweeting to see how his words were being interpreted online, and it found that Trump’s seemingly conciliatory words were being interpreted in some quarters as an invitation for more violence — perhaps as early as next week. It was an impressive and disturbing bit of forensics that justified sidelining Trump at least until his followers’ energy dissipates.

Nevertheless, Big Tech’s shift from amplifying the president’s comments to censoring them opens a Pandora’s box. As Emma Llansó of the Center for Democracy & Technology noted, there’s an awful lot of politically motivated violence around the world.

“Do we want companies to be really on the watch for potential incitements to violence by political leaders?” Llansó asked.

The answer is that we want them to respond quickly when the connection between words and deeds is clear, as was the case last week, and to explain themselves fully. But most of the time, the circumstances will be murkier. Moderating a network is hard, and when the user is a major public figure whose utterances are newsworthy, the job is that much harder. The most we can expect is that the companies impose the same rules on presidents that they do on peons and take a hard line against harassing, defamatory or injurious speech by any user.

There’s a bipartisan push in Washington to reconsider the latitude online companies have to moderate their own networks, and the events of last week could make lawmakers more receptive to some ham-handed and counterproductive proposals that have been circulating. We continue to believe that it’s better to have tech companies police themselves than to have government tell them how to do it. But part of the problem is that these platforms appear too big to be moderated effectively; more competition would help matters by reducing the size and power of these dominant networks.

The crackdown on Trump extended over the weekend to Parler, a social messaging service popular with conservatives that bills itself as “Free expression without violence and no censorship.” Google and Apple removed Parler from their app stores, and Amazon cut off its bandwidth, all ostensibly because they didn’t approve of the way Parler policed its network.

Again, that’s understandable, given that some members of last week’s mob reportedly used Parler to organize and promote the violent takeover. Such comments are seditious and horrifying. But in squelching Parler, Big Tech is muzzling all of its users, not just the ones plotting insurrection. And as Parler noted in an antitrust lawsuit it filed against Amazon, Twitter has seen plenty of tweets threatening violence recently, yet no one is threatening to pull the plug on Twitter.

Parler insists that it doesn’t tolerate threats or incitement to violence and that it’s no worse at enforcing its rules than any other social network is. Clearly, it needs to do a better job than it has. But the idea of Big Tech gatekeepers deciding how other companies should police their networks is troubling. Simply put, it grants those companies too much power to shape the free and open internet in the name of excluding unwelcome guests.